Le Pen resists thanks to his experience and Zemmour

Marine Le Pen resists in the race for the Elysée, where she is given the second round, playing on her experience and taking advantage of the mistakes and the radicalism of her far-right rival Eric Zem... 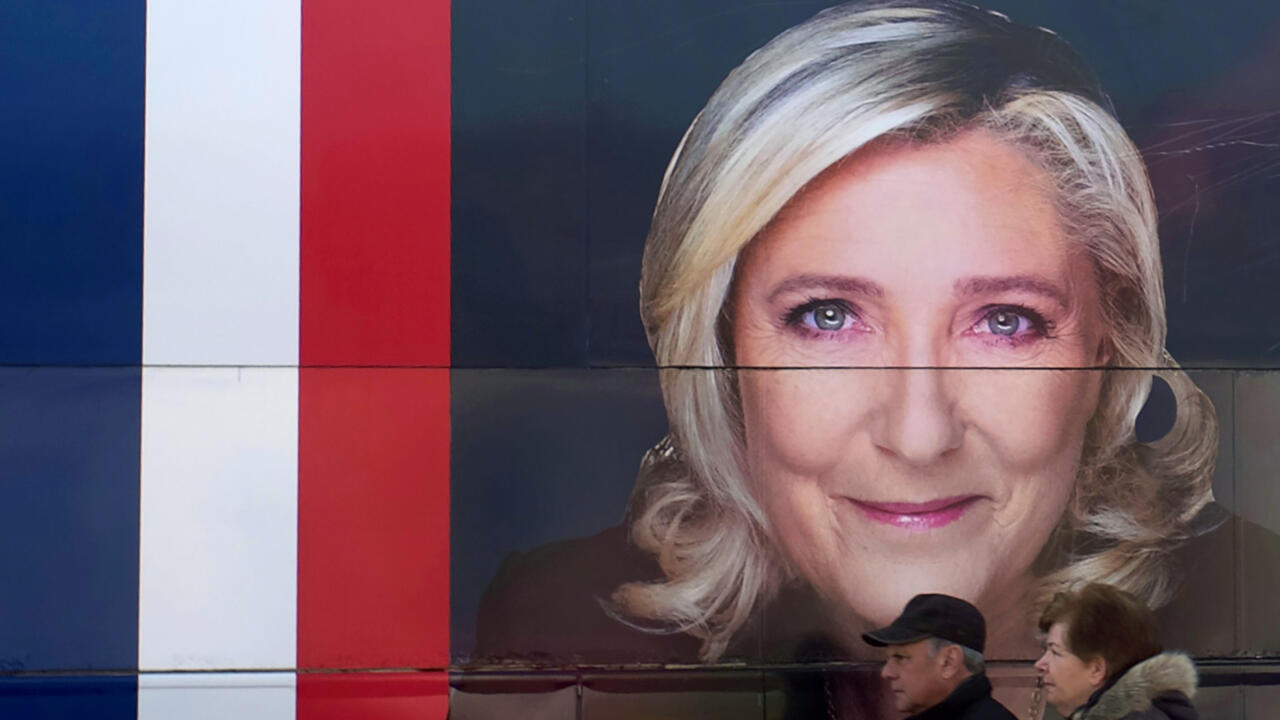 It "displays a form of solidity, of coherence", estimates its spokesperson Sébastien Chenu.

The National Rally candidate is currently given in the second round with 16 to 20% of voting intentions against Emmanuel Macron, 30% in recent days and 27.5% in an Elabe poll on Tuesday, while Valérie Pécresse, Jean- Luc Mélenchon and Eric Zemmour are fighting for third place several points behind her.

Like her latest slogan "a stateswoman", she has a "presidential incarnation", now equipped with a "closed, precise and funded" program, the costing of which will be presented on Wednesday, still praises Mr. Chenu .

While in 2017 his credibility had been questioned after his "failed" debate against Emmanuel Macron.

Marine Le Pen is doing "a bit of an outgoing president's campaign", says a minister.

This allows him to rekindle his duel against Emmanuel Macron.

When the latter refuses to debate before the first round, she withdraws from all the sets where he is not.

And disdains any other contest.

On the form, the far-right contender is "a cushy, nice, cats and roommate campaign, playing on proximity", "without major substantive errors", believes the same minister.

Marine Le Pen revealed herself more than in 2017 on a personal level by showing herself on M6 with her roommate and her niece Nolwenn, or by talking about her passion for gardening and cats.

She also claims a "field" campaign far from the "buzz" of Eric Zemmour, multiplying small meetings rather than the large gatherings preferred by his rival.

Marine Le Pen will travel to the West Indies, where her father had never been able to land, visiting Guadeloupe on Saturday and Sunday, the day of the rally organized by Eric Zemmour at the Trocadero in Paris, we learned from the RN confirming a Point information.

She will not hold a meeting there, but will meet activists and actors on the spot.

The candidate also spoke at the beginning of February of the "trials" of her life, such as the attack on the family apartment or the divorce of her parents, from which she "recovered".

This allows him to justify both his "failed" debate in 2017 and the recent "betrayals" of officials and elected officials of his movement who went to Eric Zemmour.

"These rallies or betrayals have had no impact," judge Mr. Chenu, citing a latest OpinionWay poll published Monday giving Eric Zemmour under 10%.

She "learned to manage her campaign" in terms of fatigue, when she arrived exhausted at her 2017 debate, and she "knows what drives her electorate", especially young and popular.

At Zemmour, we emphasize that "on the ground, it is very difficult to find 18% of French people ready to vote for her".

for the presidential Eric Zemmour in a meeting in Metz on March 18, 2022 Jean-Christophe VERHAEGEN AFP / Archives

Basically, Marine Le Pen campaigns almost exclusively on purchasing power, while watering down many of its other proposals.

This allows her both to speak to her popular electorate, to stand out from Eric Zemmour, focused on identity and immigration, and to circumvent accusations of her proximity to Russian power - she had been received in 2017 by Vladimir Putin -, in the middle of the Russian-Ukrainian war.

"Marine Le Pen has won the presidency, she is calm, calm, Zemmour has refocused her ... and then this is her third candidacy while Valérie is her first", summarizes a support from candidate LR.

The RN candidate had herself conceded that her rival, with the "brutality" of her proposals, was doing her a "service", by refocusing her politically, while bringing her a reserve of votes.

While Eric Zemmour "is in a strategy of dramatizing the conflict and fears" by invoking a risk of "civil war", Marine Le Pen is in a "neutral strategy" to "demobilize the crowds who could be against her" and she does "as little as possible almost to be forgotten", analyzes Raphaël Llorca, author of "new masks of the far right".