L1: the Rennes armada dreams of a podium, Marseille-Nice to hit hard

Before a shock between the dolphins Marseille and Nice, Sunday evening, the 29th day of Ligue 1 offers a great opportunity for the offensive armada of Rennes to climb on the podium. 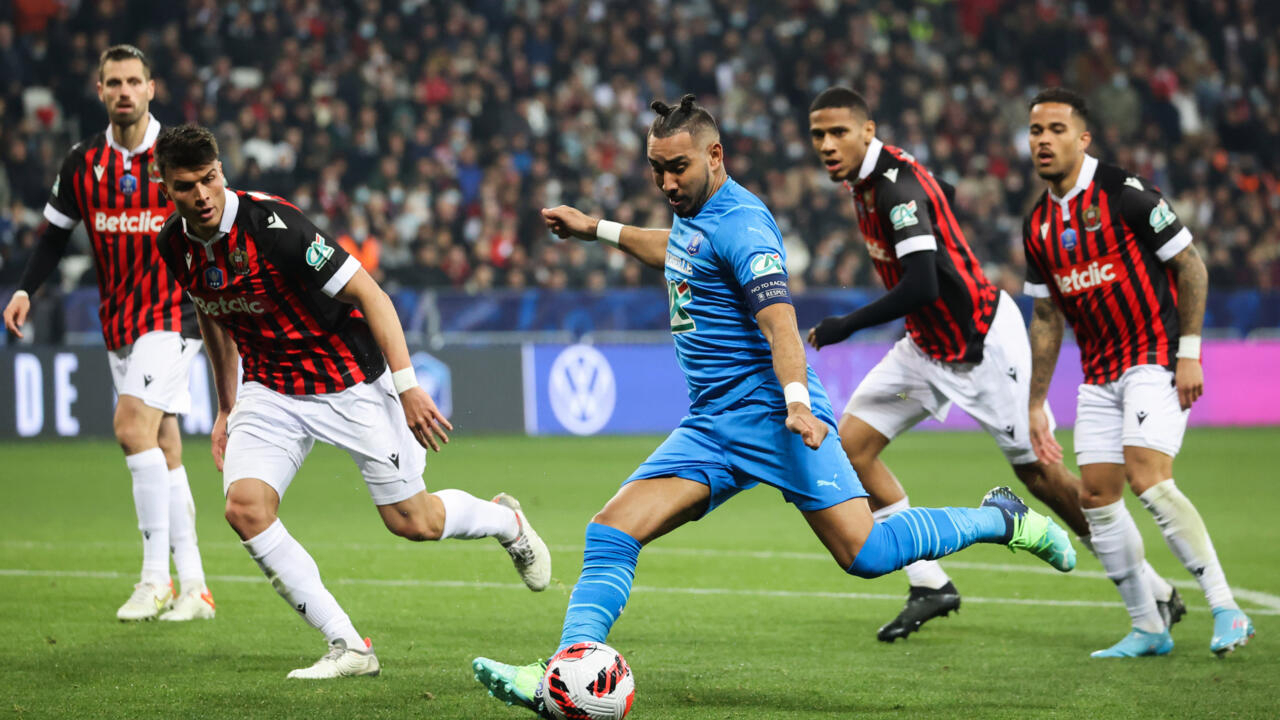 Fifteen points behind Paris SG, traveling to Monaco on Sunday (1 p.m.), Marseille and Nice are almost equal (50 points, +17 goal difference) when they meet on the shores of the Mediterranean Sea at the end of the weekend (8:45 p.m.).

The Vélodrome stadium expects a lot from this meeting at the top of the table, after a first leg marked by serious incidents involving Nice supporters and finally replayed on neutral ground (1-1), then above all a shattering elimination in the Coupe de France at the Allianz Riviera (4-1).

Especially since the Marseille club was beaten at home in the last two L1 home matches, by Clermont (2-0) then Monaco (1-0).

OM are nevertheless reinvigorated by their qualification for the quarter-finals of the Europa League Conference, won Thursday in Basel.

Marseille midfielder Valentin Rongier and goalkeeper Steve Mandanda, during the round of 16 first leg of the Europa League Conference against Basel, March 10, 2022 at the Stade Vélodorome Nicolas TUCAT AFP / Archives

"Winning is always important but Sunday's game against Nice will be very different. Nice have been able to prepare all week and we played today and we only have one or two days to prepare for Sunday's game", noticed coach Jorge Sampaoli on Thursday.

"But this victory, for the emotion it gives, with the Vélodrome which will be full, it's important".

Woe, however, to the loser on Sunday, who could lose his place on the podium...

The player: Jonathan Clauss, "stars" in the eyes

He dreamed of it, it is now done: author of a remarkable season on the right flank in Lens, Jonathan Clauss will discover the France team at 29, from Monday.

Summoned by Didier Deschamps, who is looking for alternatives to a depopulated right-back position in France - Kingsley Coman can help out there with a very attacking profile, Benjamin Pavard is not comfortable there, Léo Dubois is struggling in Lyon - the Lensois has an appointment at Clairefontaine before two friendly matches against Côte d'Ivoire and then South Africa.

The announcement of the list on Thursday caused a huge outpouring of joy in the Sang et Or locker room, as evidenced by videos posted on social networks by his teammate Massadio Haidara and by his club.

Moved to tears, the defender then thanked all his partners.

"Feet on the ground, head in the stars," he tweeted.

Lensoi defender Jonathan Clauss is congratulated by his teammates after opening the scoring at home against Lyon, February 19, 2022 at the Stade Bollaert-Delélis FRANCOIS LO PRESTI AFP / Archives

The current 3rd best decisive passer in L1 (9 "assists", one less than Lionel Messi and Kylian Mbappé) first has the reception of Clermont to manage, Saturday (5:00 p.m.), to try to allow Lens, 9th , to hang up the European wagon.

Fourteen goals scored in the last four Ligue 1 matches is the staggering statistic of Stade Rennes, which has been very attractive on French lawns since the end of February.

Four goals against Troyes and Montpellier, two against Angers and above all four on the field of Lyon on March 13: the achievements pile up for the duo Martin Terrier - Gaëtan Laborde (14 goals each), well supported by Lovro Majer and Benjamin Bourigeaud , even the replacement Serhou Guirassy.

Despite the frustrating elimination against Leicester in the Europa League Conference (2-0 defeat in the first leg, 2-1 victory in the return on Thursday), the Bretons, fourth one point behind Nice and Marseille, are on an upward slope and can now focus solely on chasing a Champions League spot next season.

The reception of Metz (19th), Sunday at 3:00 p.m., offers them a great opportunity to get on the podium.

"We have the will to play and score, to produce an attacking game. I take great pleasure in seeing a team where the players make the effort for each other. It is their merit", praised coach Bruno Genesio last weekend.