Yemen..Houthi escalation in Marib and Hajjah..and expectations for a truce and a ceasefire

The Yemeni legitimate forces, backed by tribes, repelled, at dawn today, a large-scale attack by the Houthi terrorist militia, on the southern front, and inflicted great losses on them. 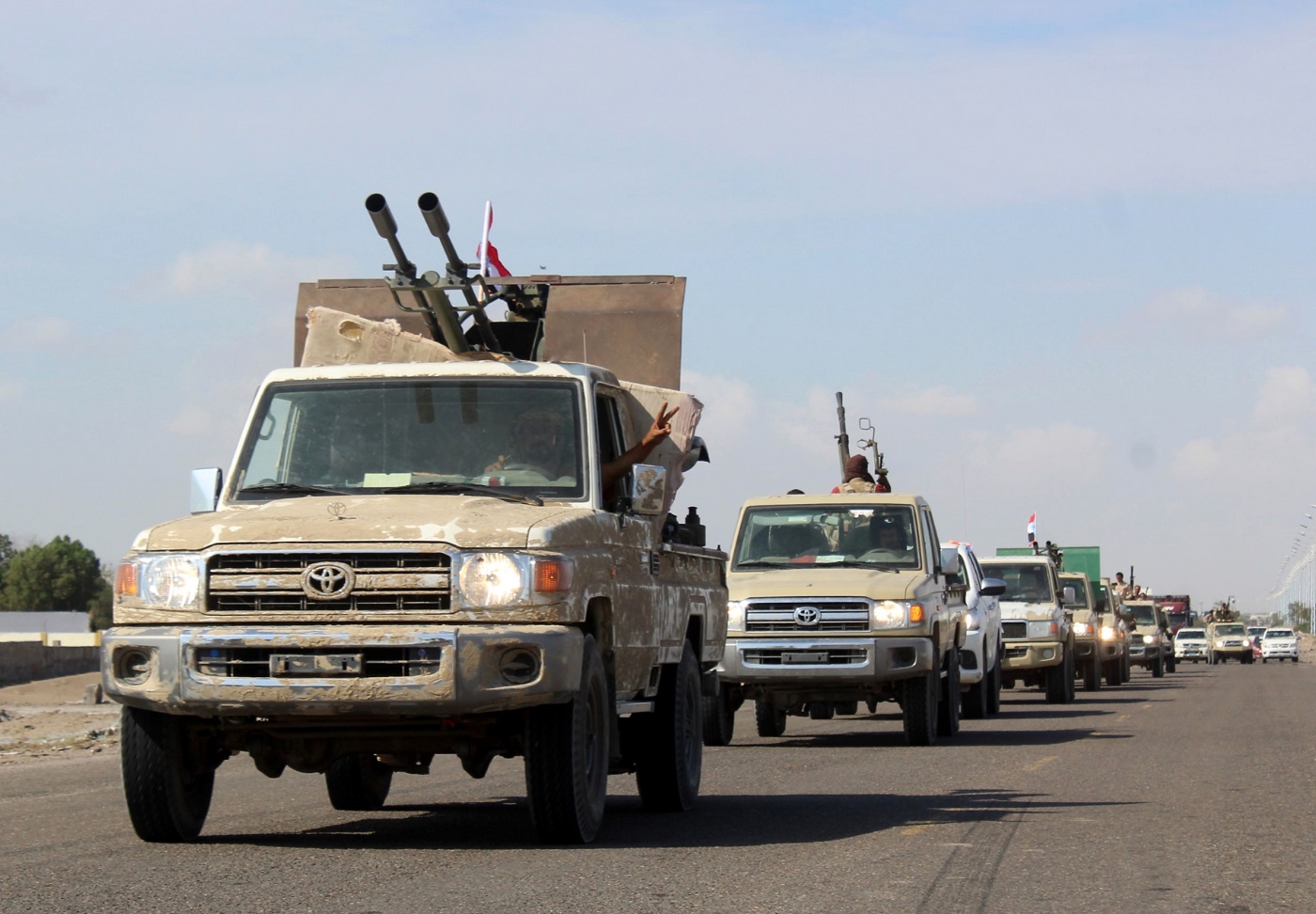 Yemen..Houthi escalation in Marib and Hajjah..and expectations for a truce and a ceasefire

The Yemeni legitimate forces backed by tribes repelled, at dawn today, a large-scale attack by the Houthi terrorist militia, on the southern front, and inflicted great losses on them. It was referred to the Gulf Cooperation Council on March 29, noting that the declaration may be unilateral, "legitimacy and alliance."

And the Yemeni army website quoted Brigadier General Ali Sinan, Operations Corner of the 13th Infantry Brigade, as saying that the forces and tribes repelled a widespread attack by the militias on the southern front, and inflicted human and material losses on them in lives and equipment.

Brigadier General Sinan stated that many sites in the Ramli axis were recovered from the militias' grip, which incurred losses in their combat vehicles as a result of being targeted by the army forces, which prompted them to retreat and flee towards Um Reesh camp and Aqaba Mall'a.

On the western front of Marib, the army artillery destroyed a Houthi vehicle in the vicinity of the city of Sirwah, which led to its burning and the killing and wounding of those on board of the Houthis, noting the killing of Houthi leader Taboo Nabih al-Washli "in the operation."

And the army’s defenses confronted the drones that were hovering in the skies of the Balk mountain range, south of the city of Ma’rib, and forced them to leave the airspace.

On the other hand, the militias continued to send combat reinforcements, including vehicles, armored vehicles, drones, missiles, and their launch bases to the fronts around Marib, as part of their preparations to launch a massive attack towards the oil and gas sources in Safer.

Well-informed sources in Sanaa confirmed that the militias bargained with tribal sheikhs who refuse to mobilize more fighters, by giving them quantities of oil and gas produced by Safer Marib for free if they provide fighters to control it.

The sources pointed out that the militias fabricated the crisis of oil derivatives and domestic gas, to pressure the tribes and residents of the areas under their control in order to mobilize more fighters to liberate the oil and gas benefits in Marib, noting that the militias offered temptations to the tribal elders by giving them quantities of free oil and gas from the Safer area in Marib. , if they support her to control it.

The Houthi areas are experiencing a suffocating oil and gas derivatives crisis as a result of the Houthis preventing the entry of more than 600 gas and oil locomotives into the capital, to pressure the people to mobilize more fighters, and to exploit the crisis to earn more money by selling them in black markets at double prices.

On the other hand, Yemeni military sources revealed the imminent announcement of a military armistice and a ceasefire to allow for the Riyadh talks between the Yemeni parties, which the Gulf Cooperation Council called for on March 29, noting that the announcement may be unilateral, "legitimacy and the coalition." .

The sources warned against the Houthis exploiting any truce and ceasefire to storm the city of Ma'rib and take control of the oil and gas fields in Safer, and said: "The army and coalition leadership should not tolerate if the truce is violated by the Houthis."

On the other hand, an official report issued by the Executive Unit for the Administration of IDPs Camps in Marib Governorate indicated that more than 116,000 people have been displaced from several districts in the governorate due to the escalation of the Houthi militia during the past year.

The report indicated that the Houthi escalation in Marib caused the displacement of 19,602 families, equivalent to 116,422 people during the year 2021, bringing the total displaced people in Marib since 2015 and until the end of last year 2,212,992 displaced people distributed in 195 camps in the governorate.

In Hajjah, the Houthi militia escalated its combat operations during the past few hours, and launched sporadic attacks on army and resistance positions on the fronts of the Abs and Haradh districts, which were repelled and inflicted heavy losses on the Houthis.

Field sources stated that the militias launched successive attacks on the Bani Hassan area in the Abs district with the aim of restoring it, but they failed as a result of the forces and tribes confronting and bombing their movements with artillery, which led to the killing of many Houthi elements, including the leader called Harb al-Shawsh, commander of the Jarr camp in the Bani Hassan front in Abs district. of the militia.

According to the sources, the battles escalated in Hajjah during the past hours, following the arrival of Houthi reinforcements and combat mechanisms coming from Sanaa and Hajjah to those fronts, which comes within the framework of the Houthis' escalation of combat operations on the Hajjah and Marib fronts.

In Saada, the Yemeni army forces thwarted an attempt to establish positions by the Houthis in the Al-Jamlah area of ​​Majz district, as the area was bombed with artillery, causing the injury of four Houthis.

In Shabwa, Brigadier General Muhammad Ali al-Salihi, commander of the Eighth Brigade Giants, escaped an assassination attempt by planting an explosive device in his car by unknown persons.

In Dhamar Governorate, elements affiliated with the prominent Houthi leader, Muhammad Al-Bakhiti, kidnapped the Secretary of the East Dhamar Court, Judge Abdul Razzaq Al-Siddiq and Judge Abdullah Al-Siddiq, and transferred them to an unknown destination without knowing the reasons.