The ruin of the owner of Casa Patas "for being a businessman": "I am selling the building. I will not try again"

The walls reverberate in the Casa Patas foundation. A bailaora taps her foot with art and fury in one of the rooms where she rehearses, just above the homonymous flamenco tablao that she closed a few years ago... 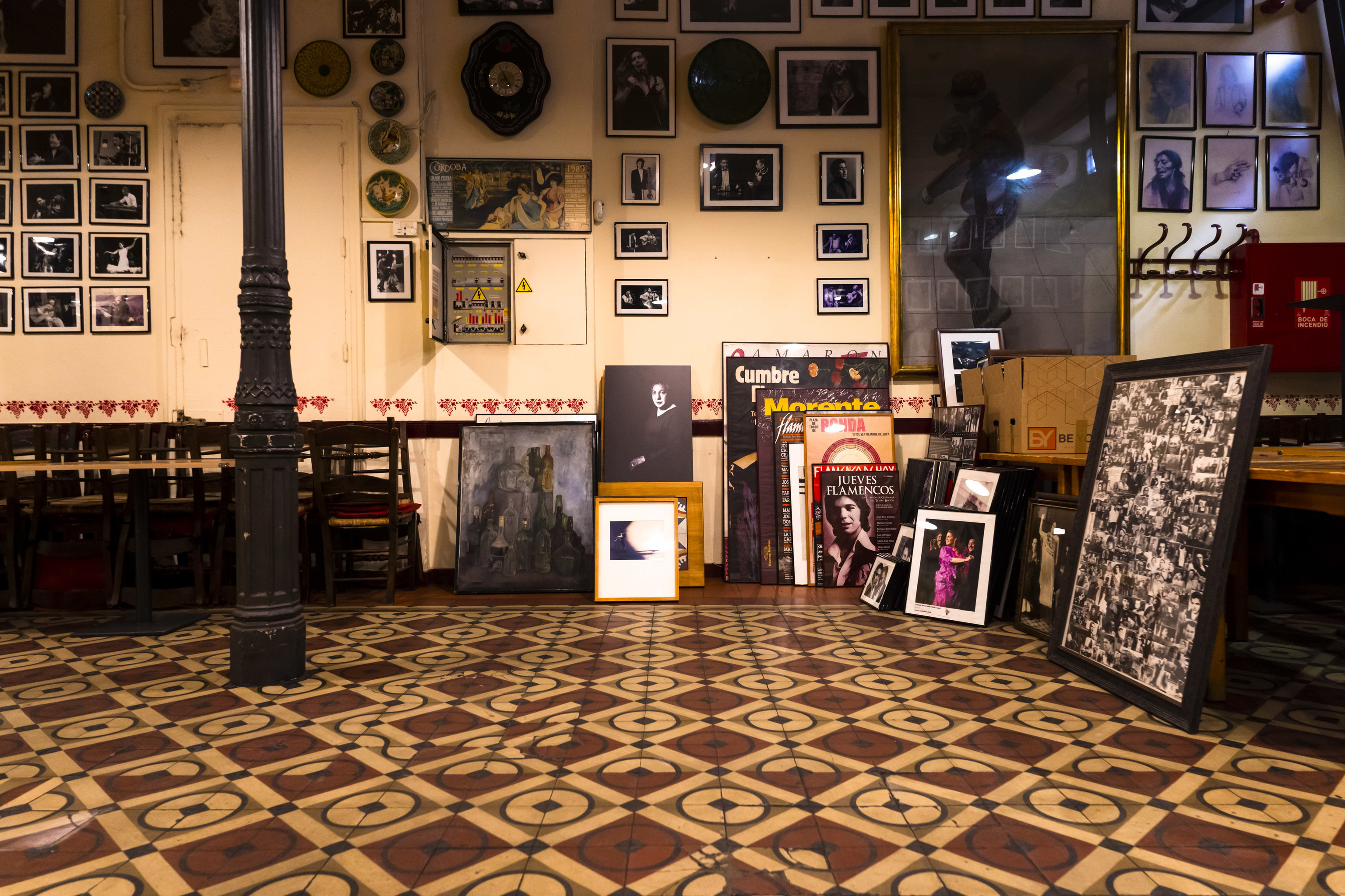 The walls reverberate in the Casa Patas foundation.

A bailaora taps her foot with art and fury in one of the rooms where she rehearses, just above the homonymous flamenco tablao that closed two years ago.

Not only did it close its doors but now it also leaves the body, the building that housed it since its creation.

Martín Guerrero, owner of the property located on Calle Cañizares,

The extinction of the tablao has given way to the transfer of the foundation, the only light that remains of an incomparable project that mixed artists, teachers, students and fans.

"A friend once told me: 'Martín, here you have El Corte Inglés del flamenco

. You go to the first floor and there's a dancer, on the second a singer...' And it's the truth. There have been nights here where that there have been two shows, a gala in the García Lorca room, another in the library... This infrastructure has allowed us to offer flamenco a magnificent context", confesses Martín Guerrero.

Paintings and souvenirs from the tablaoÁngel Navarrete

LOC has moved to Casa Patas where the paintings and boxes are stacked with some reluctance and misfortune, refusing to be uprooted from their natural place.

"The building has already been sold and our last day here will be March 31.

We have moved the foundation's training to the Soto Mesa school. There we are going to set up a couple of rooms for dances and continue with international activities. But the García Lorca room is lost, the rehearsals too...", says Martín.

The foundation gives its last gasps in Cañizares street

with some activities such as book presentations.

For example, this Friday

was presented , by Arcadi Espada and Antonio España (Renaissance).

Flamenco was declared Intangible Cultural Heritage of Humanity by UNESCO in 2010 but suffers from so many prejudices and censorship that it has perished in the waves of the Covid crisis.

Tablaos throughout Spain are dying and approaching their extinction while others, such as Casa Patas, chose to close.

that it was going to end up with a debt that we were not going to be able to get out of.

The only way out was to close and maintain the infrastructure until the necessary conditions were met for businesses like ours to be able to function again.

The Government prohibited dismissal for objective reasons and we had to pay twice the compensation to the workers who had also been with us all their lives.

That bled us dry, which left us in debt and which has led us to go out of business and sell this wonderful building, otherwise we never would have sold it."

Detail of the paintingsÁngel Navarrete

Martín acknowledges that the exit from the ERTE has worked in some cases but that in his it was not a viable option.

“It is not because we were touched before Covid. Our businesses worked perfectly

without aid or subsidies. But you cannot open with half of your turnover or less. I know of entrepreneurs in the sector who have had to mortgage their house and get into a million euros of debt. And my business was three times bigger. What would my debt have been then?"

The owner of Casa Patas remembers that the tablao was "the apple of his father's eye."

Enrique Guerrero, its founder, dreamed of a tavern that later became a flamenco sanctuary.

Although the decision made by his son is painful, Martín does not regret the closure.

"My father told me: 'Martín, you open up and stand behind the bar and even give people a little broth. He passed away in 2013 and I don't know how he would have reacted to this. Sometimes I think: 'What would the old?'

And I don't know what he would have done. But there were no options. I don't regret the decision.

Now seeing more about the war. The uncertainty has doubled with this situation."

Also the talents that have emerged from there, such as

Rosalía herself, who made herself known in the García Lorca room

in 2016. "It was a spectacular night. How much joy Rosalía would have given the fans if she had continued with flamenco".

Among the papers that still remain in the foundation is the program for March 2020, which recalls like a painful dagger the last nights of glory of the tablao.

"More than 500 performances a year, 120 different shows a year and between 50 and 100 top-level ones. Many people at the exit thanked me for having been able to witness it.

And those who have never come ask me if you can be nostalgic for what you haven't experienced."

The businessman affirms that the administrations have never paid attention to flamenco.

"From the administration we only want promotion, not subsidies. The only ones we have obtained are from people who work outside of Spain. The Spanish embassy in Washington works with us. It is incredible that flamenco is sold better outside of Spain than inside. get the broad layers of the population to take an interest in him.

What transcends is that he's dandruff, something for foreigners that doesn't have quality.

They make flamenco bad for you, they give you bad food...".

"Workers from companies have come here who have returned 20 years later. Flamenco has such a capacity to overwhelm and move that

you fall in love with the place and you remember it 20 years later".

He himself has experienced it when he remembers that tears came to his eyes watching Manolo Caracol's daughter sing por seguiriyas.

The photos that Martín has taken during the entire trajectory of the tablao to bailaores and cantaores still hang on the walls.

"I am going to donate them to the National Library. They are not going to be sold at a loss."

In addition, it ditches the possibility of becoming an entrepreneur again.

"I am not going to have an employee again in my life.

You cannot be a businessman in this country. I have no desire left

. I have had El Corte Inglés and I am not going to start selling gowns now."

The law of the street The crazy fauna of Bali Hai, Studio 54 on the Gran Vía: "People took pills and ghb, an evil liquid"

InterviewMina El Hammani: "I would be ashamed to believe myself more than someone for having been born in a rich country"