Pénélope Bagieu or the "frieze" of quarantine

Pénélope Bagieu is 40 years old and does not see it as a moment of crisis, on the contrary: her last comic strip, autobiographical fragments on her youth, makes her say that she is much more… 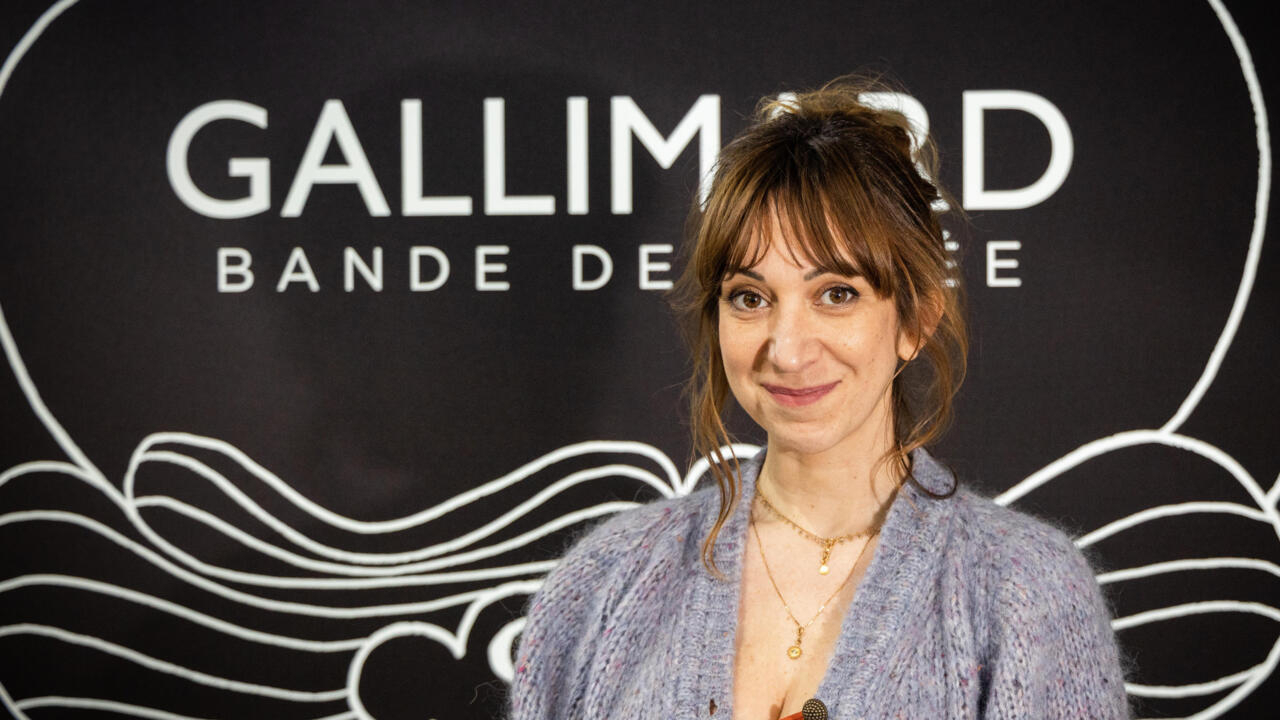 She celebrated the anniversary in January by putting "her whole right arm" out of action due to a bad fall.

Is it more painful to be beaten two years in a row in the final of the Grand Prix d'Angoulême, the most prestigious award in comics?

"I arrived in the second round, already I find it extraordinary! It is very heart-warming that people think of us spontaneously," she told AFP, after a signing session in Angoulême.

To venture into new lands, obviously.

"Les Strates", published in November, is presented by his publisher Gallimard BD as "his first autobiographical story", an incomplete frieze of his childhood and adolescence.

One would have thought that there was all her existence in the blog that made her famous, transformed into a book, "My life is completely fascinating", or in the "Joséphine" series.

In truth, not that much.

Visitors to the International Comics Festival in Angoulême on March 17, 2022 YOHAN BONNET AFP

"It was rather trying to draw anecdotes that happened to me, or that happened to friends, funny situations to make a drawing. It never fit into my personal life", remembers Pénélope Bagieu.

The autobiography assumed in this last work, on the other hand, "it was not intended to be read".

She conceived of these boards as a hobby: "I did that for years between other books (...) There are stories that I wrote ten years ago. After a while I I was really full".

“Not at all nostalgic”

All evoke times gone by, the 80s and 90s, without internet or mobile phones.

When the young girl had a message for her mother, she wrote it on a post-it that she would read on her return.

To talk to the boy he liked, he had to ask his parents on the phone.

"I'm not at all nostalgic for that time. Really, if there is one period of my life that I don't regret, it's adolescence," she warns.

According to the designer, "courage, it's really better after! I tell all teenagers: don't think that's your horizon. It's the most ungrateful and unsatisfying moment of all".

Besides, she remarks, "it's not the easiest to publish. Because you have to tell yourself that it's going to get into everyone's hands. My stories from 5th 4 are going to be potentially read by people who were with me in 5th 4".

Pénélope Bagieu was already drawing at the time, at the age of 12.

She never imagined living one day.

"The school did its job very well to explain to me that it was not a job, that I would not succeed", she quips, while "it was a certainty, in my family , that I was going to do this with my life. And I was the only one who didn't believe it at all," she says.

"I wanted to be an English teacher, the only subject where I was first all the time. I told myself that I would have time to draw outside," she continues.

Nothing went as planned.

After her studies in art, she became an illustrator.

"A release to spend my time doing what I love, and not on the sly during math class, hoping not to burn me out!".