Hand: the French for a last in the Golden League against Norway and Denmark

A month and a half after their frustrating fourth place at the Euro, the French handball players put on the warm-up blue against Norway on Saturday and Denmark on Sunday, for a final Golden Le… 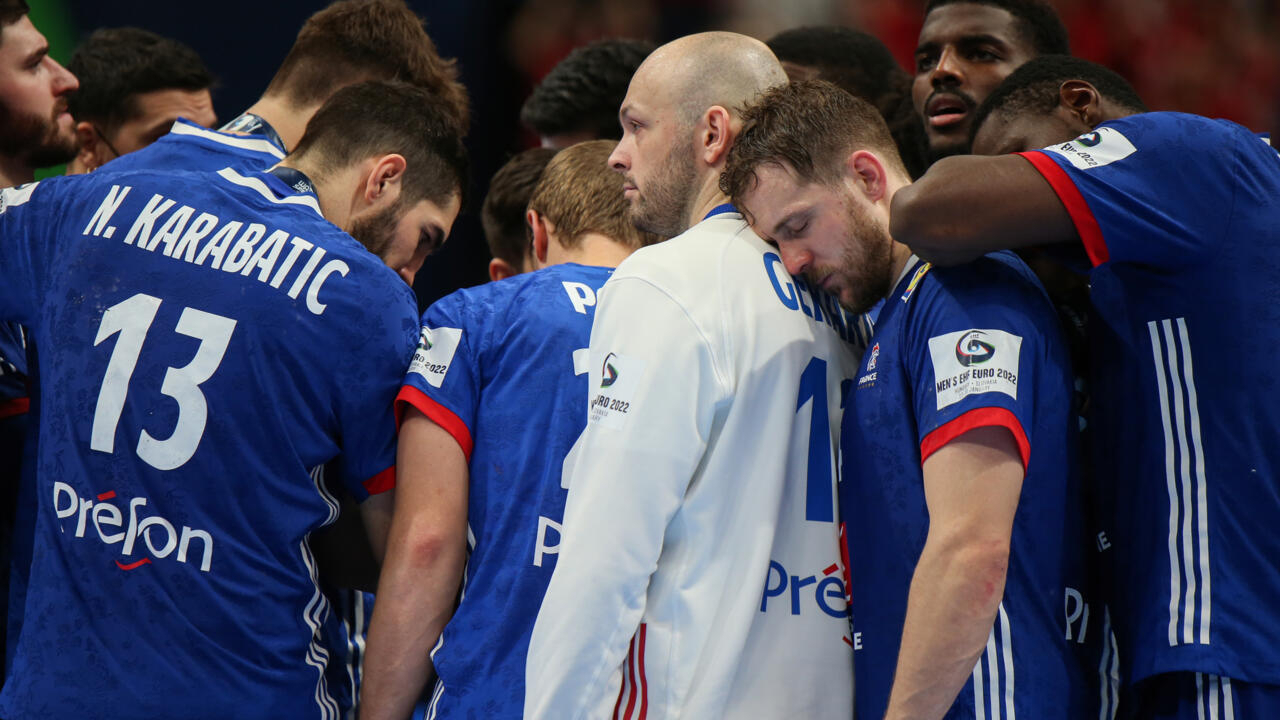 "It's a debrief that allows us to put back on the table everything that has been done well, which allowed us to shine in this competition", explains coach Guillaume Gille, while the French are gathered in Créteil at the House of handball since Monday before heading to Denmark for two friendly matches this weekend.

"Of course, the final is disappointing (defeats against Sweden in the semis 34 to 33 Denmark for bronze 35 to 32). Fourth place when you find yourself in the last four of such a competition, that does not satisfy us and we realize that in this final package, we were not good enough in many identified sectors. But we are able to make a balanced assessment, "adds the coach of the Tokyo Olympic champions.

The coach of the French handball team, Guillaume Gille, during the match for 3rd place against Denmark at the Euro, January 30, 2022 in Budapest FERENC ISZA AFP / Archives

For this gathering stuck in the heart of an intense period in clubs (last third of the French Championship, play-offs in the Champions League), he will have to do without his captain Valentin Porte, who is going through "an extremely delicate period both physically and psychologically" .

The captain of the French handball team, Valentin Porte, during the group match of the 1st round against Croatia at the Euro, on January 13, 2022 in Szeged (Hungary) Attila KISBENEDEK AFP / Archives

To compensate for his absence, it is Luka Karabatic who will take over the captaincy against Norway and Denmark.

"It's special, obviously, because it comes after the news of Valentin who is going through a little complicated times", he explains, he who has been captain of Paris SG for three seasons.

Other players present in January in Hungary for the Euro will not play this weekend, like Nikola Karabatic, present at the start of the week but left to rest this weekend, Vincent Gérard, Hugo Descat, or again Nicolas Tournat, all three injured.

"It's always a bit of a special moment in the season, with a lot of fatigue, small sores, so you have to be vigilant, but there are objectives to achieve and a level to have," explains the younger brother. Karabatic.

"It's two very great teams, and these are work matches that you have to try to win. When you have the France team jersey on your shoulders, there is a certain requirement", adds -he.

This double confrontation is part of the Golden League for the last time, a format of friendly matches since 2013 which regularly brings together France, Denmark and Norway with a fourth guest team.

"It's a somewhat sclerosing, confining format, when you always face the same ones", underlines Gille, especially since these are nations that the French are used to finding at the end of major competitions.

"There is a somewhat repetitive side that we wanted to get out of," he concludes.