United Kingdom: indignation after the dismissal of 800 sailors by the company P&amp;O Ferries

The shipping company P&amp;O Ferries which connects Calais to Dover announced on Thursday March 17 the dismissal of 800 sailors. The company, owned by DP World, one of the largest port operators based… 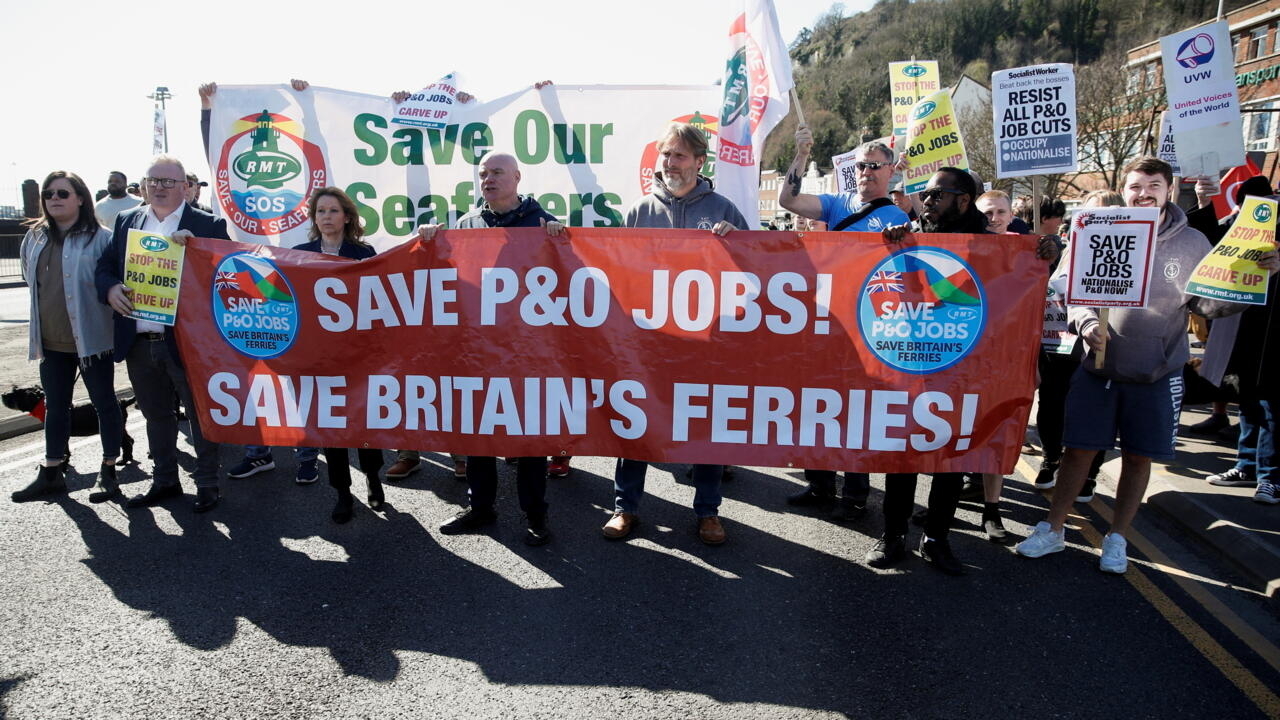 United Kingdom: indignation after the dismissal of 800 sailors by the company P&O Ferries

Protest in Dover after P&O Ferries' decision to lay off 800 staff.

The shipping company P&O Ferries which connects Calais to Dover announced on Thursday March 17 the dismissal of 800 sailors.

The company, owned by DP World, one of the largest port operators based in Dubai, lost nearly 120 million euros and "is no longer viable", according to management.

Indignation is general in the United Kingdom, among the employees who blocked the road leading to Dover and the British politicians of all stripes.

The shock is total for the 800 British employees who learned of their dismissal during a three-minute conference given by their British boss.

The company has decided that its vessels will now be manned primarily by third-party crew.

Therefore, I am sorry to inform you that this means your dismissal with immediate effect

The day after the announcement, this sailor, mobilized in Dover alongside other employees at the call of the British union RMT, is still struggling to realize what is happening to him.

I loved this job at sea. It's also shocking because I didn't see it coming

No employee dismissed in France

According to a union source at the France agency, P&O Ferries has decided to replace 800 British sailors out of the company's 3,000 with Colombian personnel, who are probably cheaper and temporary workers.

No employee in France would be made redundant.

Questioned in Parliament, Robert Courts, the British Minister for Maritime Affairs, said that these dismissals were “

The Dubai-based port operator had already laid off more than 1,000 people in May 2020.

P&O Ferries has just sacked its entire 800 crew members without warning and plans to replace them with even more exploited agency workers.

Solidarity with @RMTunion members standing up to this scandal.

The government must intervene to protect these jobs.