The Presidential Transition Committee, which completed the appointment yesterday, was officially launched today with a signboard ceremony. He also visits the Ministry of Foreign Affairs and the Ministry of National Defense, which have been compressed as candidates for the relocation of the Blue House. 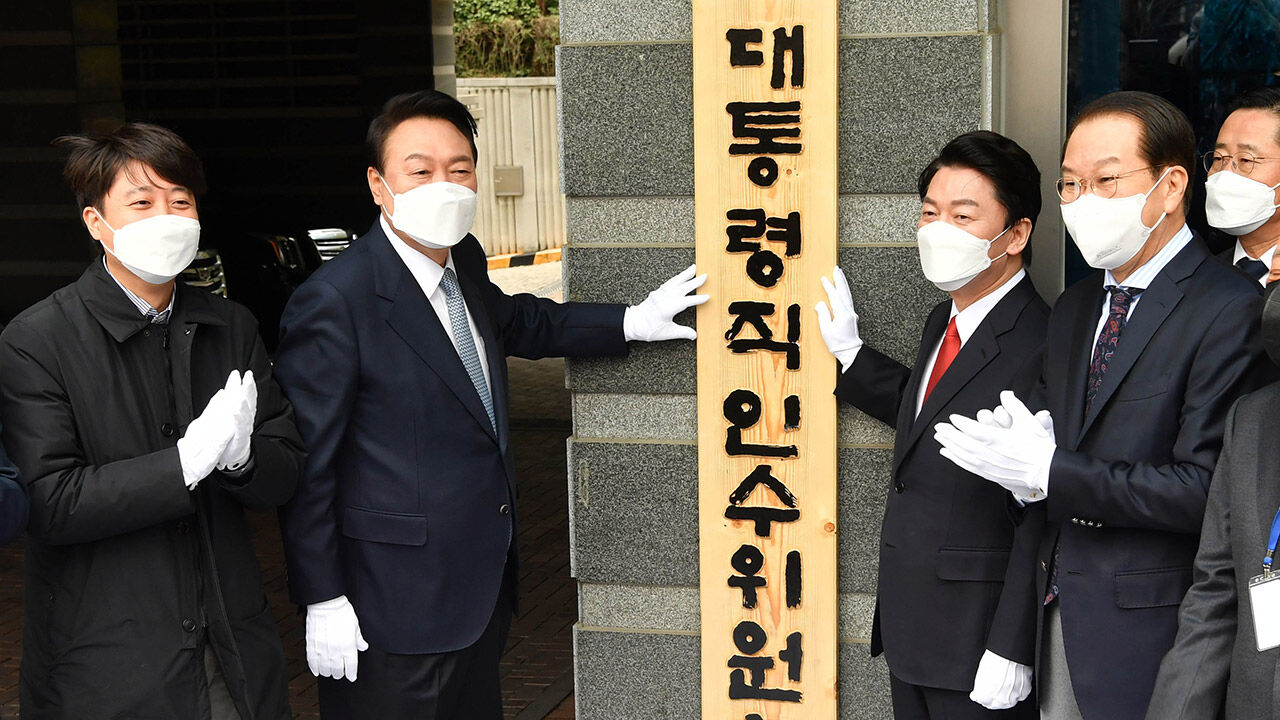 The Presidential Transition Committee, which completed its appointment yesterday (17th), was officially launched with a signboard ceremony today.

President-elect Yoon Seok-yeol then presided over the first plenary meeting attended by all the transition committee members including Ahn Cheol-soo and Kwon Young-se, vice chairman.

I hope that we will always listen to the voices of the people and solve problems from the perspective of the people.]

Elected Spokesperson Kim Eun-hye explained the meaning of today's luncheon to create a government for the people through smooth cooperation with the party leadership.

President-elect Yoon is having a meeting with former UN Secretary-General Ban Ki-moon this afternoon, and is expected to seek advice on diplomatic issues such as the Russia-Ukraine crisis and climate change.

Earlier yesterday, President-elect Yoon held a meeting with officials of the transition committee for about an hour and selected two offices of the Ministry of Foreign Affairs and the Ministry of National Defense as candidates for relocation to the Blue House.

Initially, the Ministry of National Defense had emerged as a promising candidate, but it is reported that an opinion was presented that further discussion was necessary at yesterday's meeting.

The Blue House relocation site will be announced after the transition committee members visit the site today and after internal discussion, the final decision is made by President-elect Yoon.