Indian Wells: Rublev, strong, at the meeting of the semi-finals 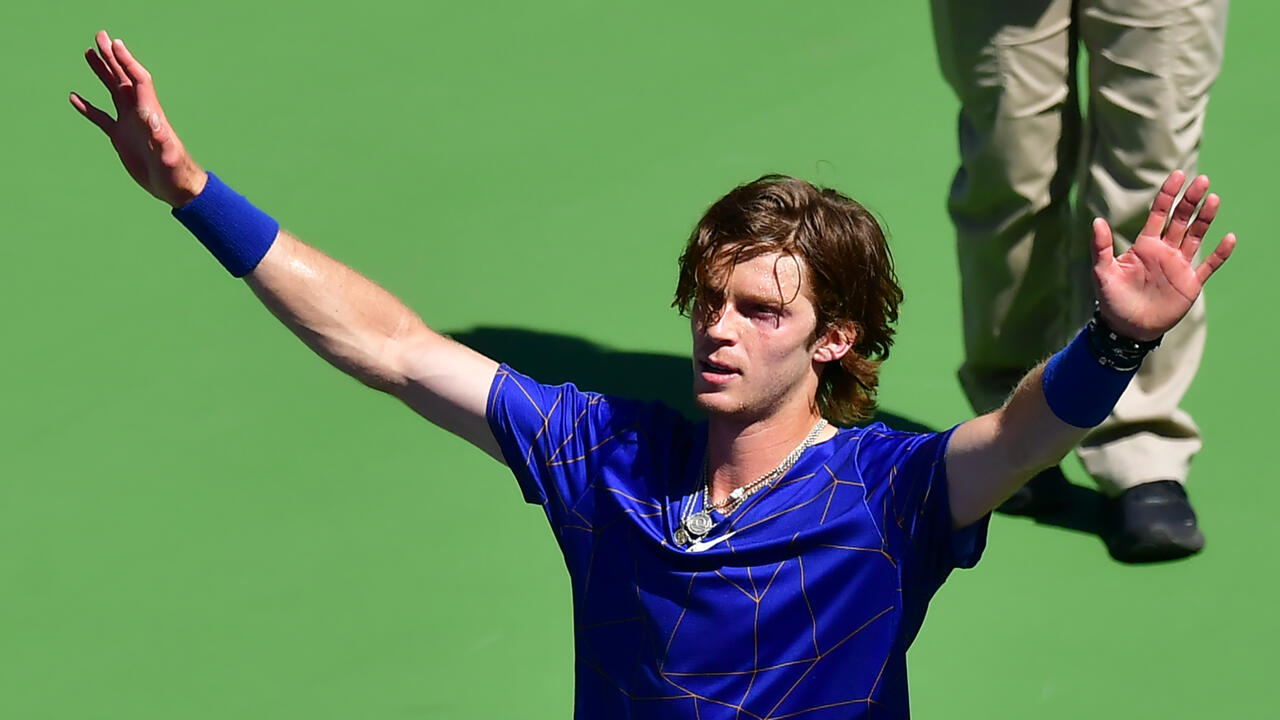 The Russian (7th in the world) assumes for the time being his favorite status at the bottom of the table less raised than the top.

Whatever the identity of his future opponent, the American Taylor Fritz (20th), semi-finalist last year, or the Serbian Miomir Kecmanovic (61st), he will start as a big favorite.

The other semi-final will pit Rafael Nadal (4th), the only player still unbeaten in 2022, against the prodigy Carlos Alcaraz (19th), very impressive in the Californian desert.

A 100% Spanish generational shock between the stainless record holder of the number of Grand Slam crowns (21) aged 35, and his designated successor, who became at 18 the youngest semi-finalist of Indian Wells behind Andre Agassi, who was 17 in 1988.

In the meantime, Rublev has confirmed against Dimitrov that he is the man in form for this end of winter, since he remains on two victories in Marseille then Dubai.

This victory is his 13th consecutive.

And since the start of the tournament, he has not conceded a single set.

His victory did not suffer from any dispute, Dimitrov, former world No.3 who had reached the semi-finals last year, dismissing Daniil Medvedev, just crowned at the US Open, having been overwhelmed by the power of the Russian.

The latter was feverish only when concluding the first set on his service game after having broken in the fifth game. But, he let his opponent come back to 5-5, committing a rare series of unforced errors .

Sure of his strength

Annoyed, he dropped his racquet on the court, before scolding himself.

Nothing reprehensible, unlike the Australian Nick Kyrgios, who violently smashed his on Thursday, during and after his lost quarter against Rafael Nadal, one of them having almost accidentally hit a ball boy.

Rublev, sure of his strength, immediately pulled himself together by stealing the Bulgarian's serve again, this time pocketing the set well, on his fourth opportunity thanks to an ace.

The Russian, who had never made it past the third lap in the Californian desert, accelerated again in the second heat, escaping to lead 5-1.

He had match point to finish it off, but Dimitrov dropped his shots to get a few minutes' respite, as Rublev folded the deal on his serve in 1:32.

"Winning the tournament would be very strong for me, but it's too early to talk about it. I have a half to play first and we'll see what happens," said Rublev soberly in the middle of center court, on the roof of which floats a Ukrainian flag next to the American, as a sign of solidarity with Ukraine, which is trying to invade Russia with arms.

The player who, like his compatriots and the Belarusians, plays without mention of his country or representation of its flag, is one of the rare Russians to have clearly expressed his opposition to this conflict.

At the end of the day, the women's semi-finals will be played.

The Spanish defending champion Paula Badosa (7th) will face the Greek Maria Sakkari (6th) and the Polish Iga Swiatek (4th) will be opposed to the Romanian Simona Halep (26th).