The Spanish day started well in Indian Wells: Paula Badosa, defending champion, made an appointment for the semi-finals, with the Greek Maria Sakkari, before the stainless Rafael Nadal and the… 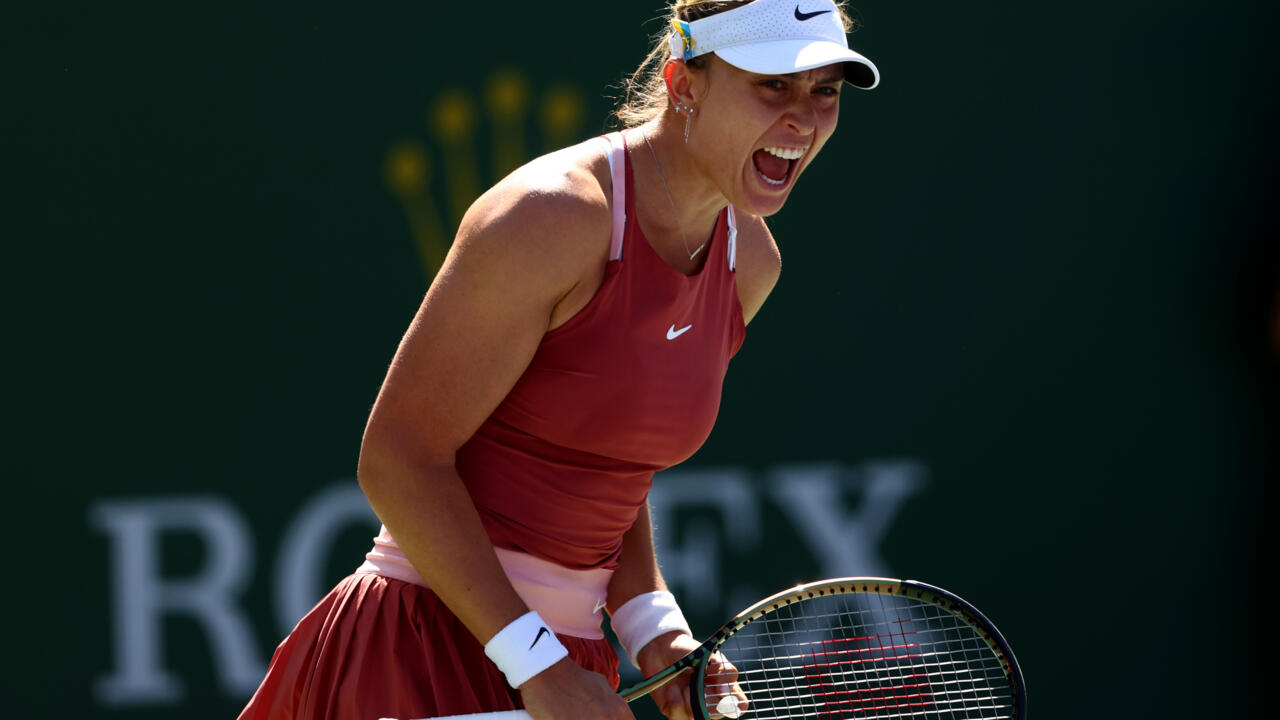 The Polish Iga Swiatek (4th) and the Romanian Simona Halep (26th), who validated their ticket the day before, complete the last four in the women's table.

Badosa (7th in the world) had no trouble beating 6-3, 6-2 Russian Veronika Kudermetova (24th), who had nevertheless won in their first three confrontations.

"Against her, I was making the same mistakes, this time I wanted it to stop. I served very well and I was more aggressive," commented hotly the 24-year-old Spaniard, looking for a second title this season after winning the Sydney tournament in January.

Badosa has felt at home in Indian Wells since winning the previous edition in October, rescheduled due to the Covid-19 pandemic.

She actually gave no hope to her rival.

The Spaniard first broke to lead 3-1 in the first set, then kept this advantage without shaking, only having to clear a break point at 5-3.

The second set was more expeditious, after a visit from Kudermetova to the locker room, Badosa seizing her rival's serve twice to conclude in 1h19.

Kyrgios will be fresh

Earlier, Maria Sakkari (6th in the world), who had never made it past the round of 16 in the Californian desert, dismissed Kazakh Elena Rybakina (20th) 7-5, 6-4.

Despite a delicate start, led 3-0 by an opponent who had beaten her in their first confrontation, in 2020, in the semi-finals of the Saint Petersburg tournament, the Greek was able to catch up (4-4) before to take back the opposing service a second time by being the most aggressive in the exchanges.

In the second set, Sakkari, in search of a second title on the women's circuit after the Rabat tournament in 2019, first had to save four entry break points, before delighting Rybakina's service in the next game.

After which, she easily kept this advantage to win in 1h40, on her third match point.

In men, the last four is not yet determined, but the prospect of an enticing 100% Spanish duel could become reality on Thursday, since Rafael Nadal and Carlos Alcaraz could cross their rackets for the first time.

It will first be necessary that the first, who became the most successful Grand Slams at the end of January with a 21st coronation gleaned at the Australian Open and still undefeated in 2022, wins a 19th victory in a row, against Nick Kyrgios (132nd ).

Out of qualifying, the Australian will be very fresh because he did not play his round of 16, benefiting from the package of the Italian Jannik Sinner (N.10), sick.

This parameter could be important because Nadal, who leads 5-3 in their face-to-face, has not hidden his left foot for two matches, operated last year and which had forced him to more than four month of absence, makes him suffer a little more than usual.

"I hope my foot will hold up (...) If something happens, I will have to accept it," said the 35-year-old Mallorcan after knocking out American Reilly Opelka on Wednesday.

Very impressive since the start of the tournament, Alcaraz, his junior of 17 years, will have to dismiss the defending champion, the Briton Cameron Norrie.

He had beaten him during their first confrontation in the 1st round of the US Open last year, where he had revealed himself by reaching the quarters, after having eliminated the Greek Stefanos Tsitsipas, then 3rd in the world.

Wednesday evening in the round of 16, Alcaraz left no chance to Gaël Monfils, beaten 7-5, 6-1, and he became the youngest player to reach the quarterfinals in Indian Wells since the American Michael Chang, who had 17 in 1989 but stopped at that point.

Alcaraz could do even better, with a possible generational shock in sight prior to an inevitable handover for tennis Spain, which is decidedly very spoiled.