The Chinese yuan jumped to its highest level today, Tuesday, after a report issued by Dow Jones Corporation that Saudi Arabia is in active talks with Beijing to price some of its oil sales to China in yuan, according to US newspapers. 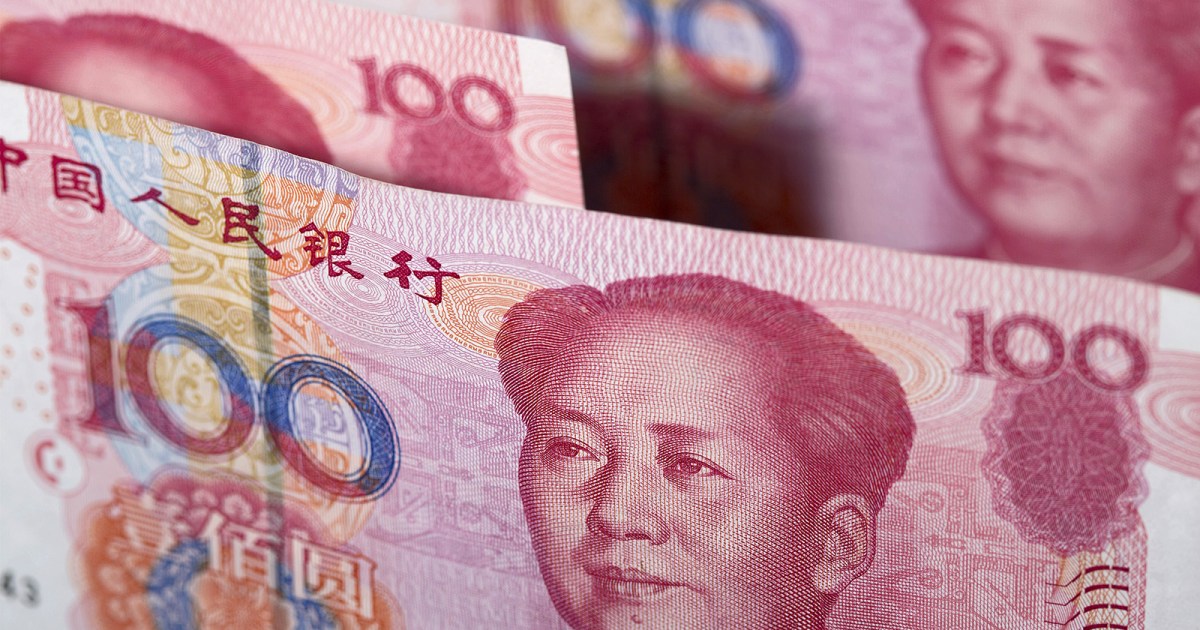 The Chinese yuan jumped to its highest level today, Tuesday, after a report issued by the US Dow Jones Corporation that Saudi Arabia is in active talks with Beijing to price some of its oil sales to China in yuan, according to Bloomberg News and The Wall Street Journal ("Wall Street Journal") WSJ) Americans.

The offshore Chinese yuan rose 0.1% to 6.3867 per dollar, a level close to the session's peak reached during Asian trading.

The Chinese currency fell as much as 0.3% in US trading prior to the report's release.

The yuan's rise comes at a time when Chinese assets on a larger scale are under some pressure, especially during the past two days, in light of a decline in stock markets in the country.

The Chinese currency abroad fell by more than 1.1% against the dollar in the 3 days up to today, March 14, the worst drop of its kind in a year.

The 200-day average of the offshore yuan at 6.4116 per dollar remains a major near-term support for the currency.

There was no indication in the Dow Jones report that Saudi Arabia might make such a shift, but it nonetheless indicates that talk of alternatives to the US dollar has become a highly interactive debate.

In the same context, the American newspaper, "The Wall Street Journal", quoting informed - untouched - sources said that Riyadh "is in active talks with Beijing to price some of its oil sales to China in yuan," and explained that this step "would reduce the dollar's dominance over the country." world oil market.

Saudi Arabia’s talks with China regarding oil contracts priced in yuan had been suspended for 6 years, but, according to the American newspaper, these discussions returned to light “in the wake of the tension in relations between Washington and Riyadh.”

And yesterday, Monday, the "Wall Street Journal" said that Saudi Arabia has invited Chinese President Xi Jinping to visit it, while relations between Washington and Riyadh are witnessing a noticeable "tension".

The newspaper stated that the visit is scheduled to take place "later in May, after the end of the month of Ramadan."

The newspaper quoted an informed source - unnamed - as saying that Saudi Arabia "seeks to strengthen and deepen its relationship with Beijing in light of a geopolitical shift in the Middle East," as China and Russia look to expand their influence in Asia and the region.

The source pointed out that Saudi Crown Prince Mohammed bin Salman and the Chinese president are "close friends, and both realize that there is huge potential for stronger relations," adding that the matter is not related to the purchase of oil from the kingdom and weapons from China.

Neither Riyadh nor Beijing immediately issued any comment on what was published by "The Wall Street Journal" regarding the mentioned visit or the pricing of Saudi oil sales to China.

China buys more than 25% of the oil that Saudi Arabia exports.

If priced in yuan, these sales will boost the Chinese currency's position.

A few days ago, Saudi Aramco, the world's largest oil producer, entered into an investment partnership to develop a facility that includes a major refinery and an integrated petrochemical complex in northeastern China.