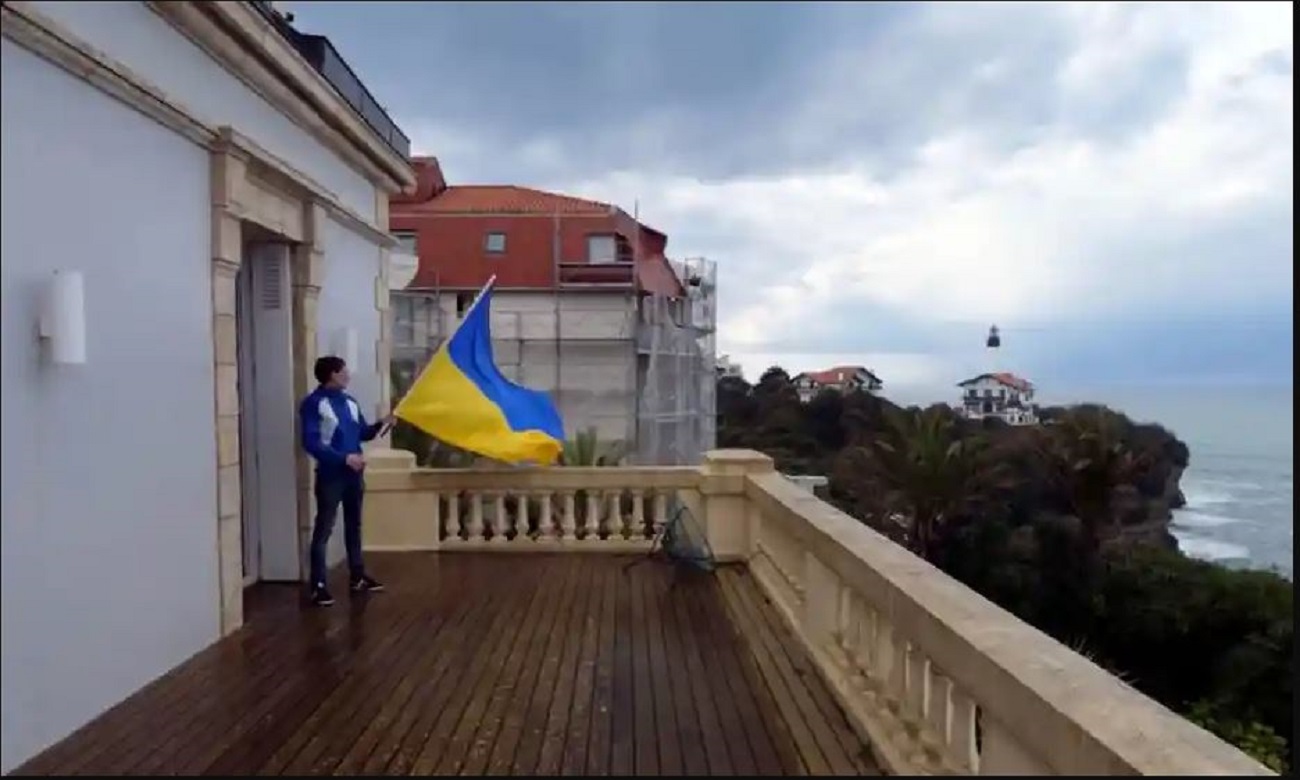 French police questioned three people on Monday after they stormed the luxury home of former Russian President Vladimir Putin's son-in-law to protest against the invasion of Ukraine, prosecutors said.

The police handed warnings to the three protesters who were interrogated on charges of "breaking into a house" before releasing them in the evening.

A source close to the file told AFP that the two men were being investigated over the storming of "Villa Alta Mira" in the coastal resort of Biarritz in southwestern France, belonging to Kirill Shamalov.

International media identified Shamalov as Putin's former son-in-law, who was married to Katerina Tikhonova, the youngest daughter of the Russian leader.

A YouTube video posted by Pierre Haffner, who took part in the protest, showed an anti-Putin activist wandering around the vast late-19th-century house overlooking the Atlantic.

"This house was bought with the money that Putin and his mafia stole from the Russian people," the man said in the video.

Another video clip showed a second man waving the Ukrainian flag from one of the house's balcony, while writing appeared saying "The People's House is ready to host refugees fleeing the Putin regime."

In the nearby town of Anglet, graffiti was painted in blue paint on a luxury home belonging to a company owned by Putin's ex-wife Lyudmila and her current husband, businessman Artur Okeretny, in late February, right after Russia's invasion of Ukraine.

Most of the slogans that covered the walls and gates of "Villa Susanna" on the waterfront carried insults to Putin.