Bold and fraught with dangers... What are Iran's messages from its missile attack on Iraqi Kurdistan?

A report published by Reuters dealt with the attack launched by Iran, the day before yesterday, on Iraqi Kurdistan, and described it as a warning to Israel, and as a strong reminder also to its opponents, the United States and Arabs, of its military capabilities. 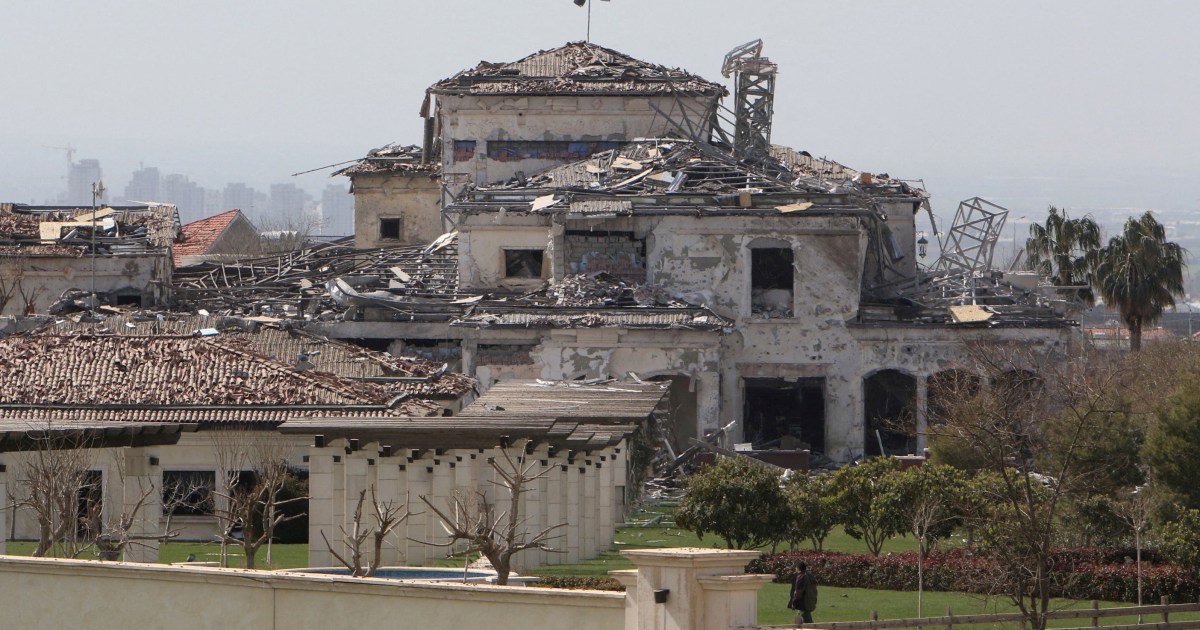 Reuters reported in a report on the attack launched by Iran, the day before yesterday, on Iraqi Kurdistan, describing it as a warning to Israel, and a strong reminder also to its opponents, the United States and Arabs, of its military capabilities at a sensitive time for it.

The unusual direct strike coincides with a possible turning point in the balance of power in the Middle East, at a time when talks to revive the Iranian nuclear deal are facing the specter of collapse and the risks of war in the Gulf region are also increasing, while Iraqi leaders in Baghdad are trying to form a new government free of Iranian influence.

Regional analysts say both developments help explain why Iran chose this moment to display its willingness to use ballistic missiles, which Tehran has always viewed as a deterrent to the United States, Israel and Gulf Arab states that compete with Tehran for regional influence.

The Iranian Revolutionary Guards' decision to launch missiles directly on Iraqi territory, not to mention its announcement and adoption, is a departure from Tehran's practice of exercising military pressure through armed factions acting on its behalf.

The missiles landed near a building where the US consulate team was due to move in Erbil, the capital of the semi-autonomous Kurdistan region of Iraq.

It did not cause American casualties and wounded only one civilian.

The Iranian Revolutionary Guards said that the attack targeted Israeli "strategic centers" and came in response to an Israeli air strike that killed two of its members in Syria last week.

As for the Baghdad government, it did not respond to Reuters questions about the Israeli sites that the Revolutionary Guards were referring to.

The Iranian embassy in Baghdad did not respond to a Reuters request to comment on the Iranian Revolutionary Guards' mentioning of Israeli strategic centers.

The Kurdistan Regional Government of Iraq denied the existence of any Israeli sites on its territory.

Officials and experts said Israel's killing of two members of the Iranian Revolutionary Guards in Syria was likely the motive for the Erbil attack, but the attack was also a warning to the United States and its Gulf Arab partners, as well as to Iraq's leaders, who are threatening to form a government that excludes Tehran's key allies in Baghdad.

London School of Economics professor Toby Dodge said, "There are 3 things going on here...there is the Joint Comprehensive Plan of Action (the Iranian nuclear deal), the mutual hostilities between the Iranians, the Israelis and the United States, and now the formation of the Iraqi government. So Tehran is sending a series of messages."

The commander of an Iraqi armed faction allied with Iran stressed that Israel was the primary target, but conceded that the message sent by the attack may be broader, and a clear sign that Iran is ready to escalate if it feels threatened.

"It is a message to Israel and all countries that they will respond to any attack with missiles," said the faction leader, who asked not to be named, and not only through proxies.

Israel has intensified attacks on the Iranian Revolutionary Guard and its loyal factions in the region, as it carried out at least 15 air strikes in Syria in the past year, 9 of them in the past four months, according to a Reuters tally.

Iranian-backed Iraqi militias have repeatedly launched increasingly sophisticated attacks on US targets in recent years, including on a force of about 2,000 troops deployed in Iraq and Syria to fight Islamic State remnants.

Washington’s actions included the assassination of the commander of the Quds Force in the Iranian Revolutionary Guard, Qassem Soleimani, in Baghdad in early 2020. Iran responded to his killing by firing a barrage of missiles at the Ain al-Assad base in Anbar Province, western Iraq, which houses American forces, and the last known direct attack on the United States was.

Tehran's talks with Washington with the aim of reviving the 2015 nuclear agreement, which would lead to sanctions relief that Iran badly needs, has entered a state of uncertainty due to last-minute Russian demands.

The collapse of the talks could bring Iran closer to developing a nuclear weapon if it decided to do so, which could plunge the region into turmoil.

It is widely believed that Iran used military pressure to exert influence near earlier rounds of talks, and said on Monday that it was up to Washington to revive the deal.

"Were the Iranians thinking about all these factors when they decided to launch the missiles? I'm not very sure about that, the Israeli incident was the direct cause," said Heib Hegel, Iraq analyst with the International Crisis Group.

"But there are many other factors present... such as Russia making demands on the Joint Comprehensive Plan of Action (the nuclear deal)."

Inside Iraq, Iran's opponents viewed the strike as a warning to them in the midst of sensitive talks about forming a new government, five months after early elections last October.

Those elections gave a victory to the leader of the Sadrist bloc, Muqtada al-Sadr, who opposes Iranian influence and is the main competitor of his sect allied with Iran.

Al-Sadr threatened to exclude Iranian-backed groups from the government, and established an alliance with the Kurdistan Democratic Party led by Massoud Barzani, as well as the Sunni Sovereignty Alliance, which includes the "Progress" blocs led by Muhammad al-Halbousi and "Azm" led by Khamis al-Khanjar.

Al-Sadr wrote a tweet on Twitter on Sunday in which he said that the Iraqi Kurds were the target of the Iranian attack, and pledged to move forward with the formation of a "national majority government", to refer to a government free of Iranian influence.

A senior official in al-Sadr's political office said that al-Sadr's plans would effectively exclude what is known as the coordination framework, which includes prominent Shiite forces close to Iran from the government for the first time since the US invasion in 2003 that toppled Saddam Hussein.

"The missile strikes were a message directed to al-Sadr, warning him not to abandon the coalition with other Shiite parties and instead line up with a party that has ties to Israel," the official said.

The official spoke on condition of anonymity, because the Sadrist movement ordered that no one speak to the media during the government formation talks.

Dodge said Iran's message was bold but fraught with danger, and that Iraq would bear the brunt of any further violence.

He stressed that Iran's opponents will seek to respond to Tehran or its loyal factions.

"They are re-engaging in attacks and responding to them. Whatever happens after that, it will lead to more instability in Iraq," he added.