Taiwan's presidential office said a Mirage 2000 fighter jet crashed Monday and fell into the sea off the island's southeast coast, and the pilot was rescued alive. 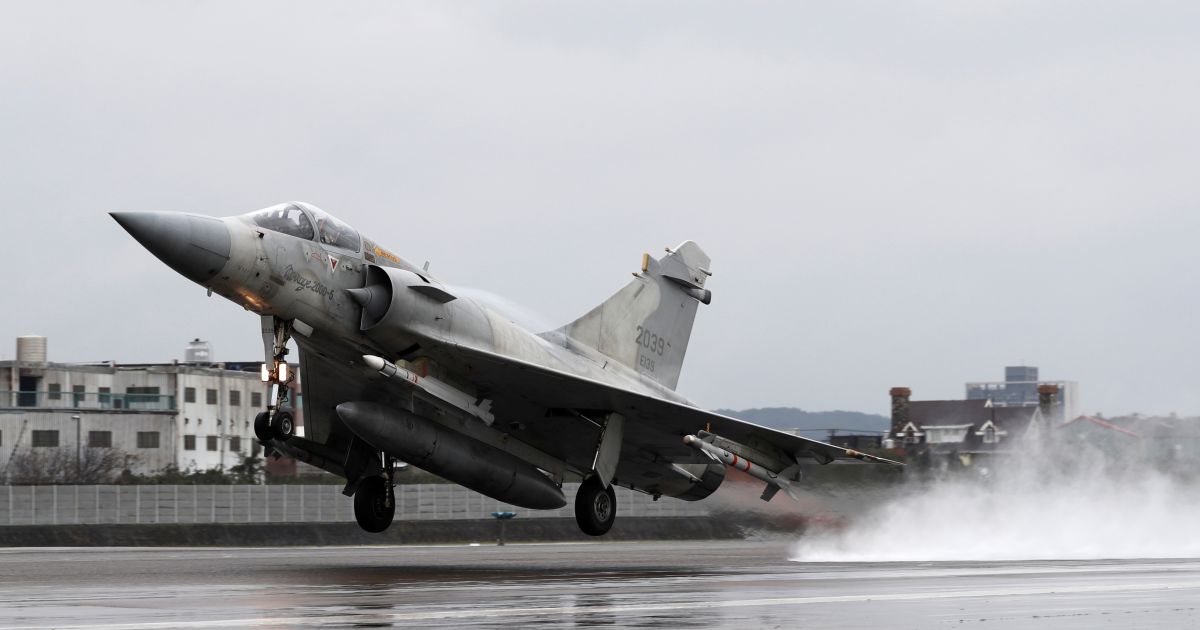 Taiwan's presidential office reported that a "Mirage 2000" fighter jet crashed on Monday and fell into the sea off the island's southeast coast, and that the pilot was rescued alive.

The presidential office said the French-made plane was on a training mission from Chihang Air Base in Taitung, and the pilot was safely rescued after parachuting.

He added in a statement that the investigation is continuing to determine the cause of the accident, and that Taiwan received the first batch of Mirage planes in 1997.

This is the second accident of its kind for a combat aircraft within 3 months in Taiwan.

In January, the Air Force suspended combat training for its F-16 fleet after a recently modernized fighter jet crashed into the sea, killing the pilot.

On that day, the plane disappeared from radar screens about half an hour after taking off from its base in the southwest of the island for a routine training flight.

The National Rescue Command Center said it had received reports from residents that a fighter plane had crashed into the sea.

The accident came two months after Taiwan put into service its first squadron of US-made F-16s, in an effort to modernize its air fleet, at a time when tensions with China are at an all-time high.

Beijing claims sovereignty over Taiwan, as it considers it an inalienable part of its territory, and vows to re-annex it in the future, even by force if necessary.

Under current Chinese President Xi Jinping, China has intensified its economic, diplomatic and military pressure on the island.

In recent years, the Taiwan Air Force has experienced fatal accidents and is facing constant pressure from Beijing, which has intensified its incursions into Taiwan's "Adiz Air Defense Identification Zone" (ADZ) since 2020.

In 2020, Taiwan recorded 969 incursions of Chinese warplanes into the region, according to data collected by Agence France-Presse, double the number of incursions recorded in 2020, which amounted to 380 incursions.