Riksdag parties are invited to talks on the security policy situation

On Monday, Foreign Minister Ann Linde (S) and Minister of Defense Peter Hultqvist (S) invite all parliamentary parties to discussions on the security policy situation. - The purpose is of course to see how what has happened now affects Sweden and what are the consequences for our various collaborations, says Ann Linde (S) in Morgonstudion. 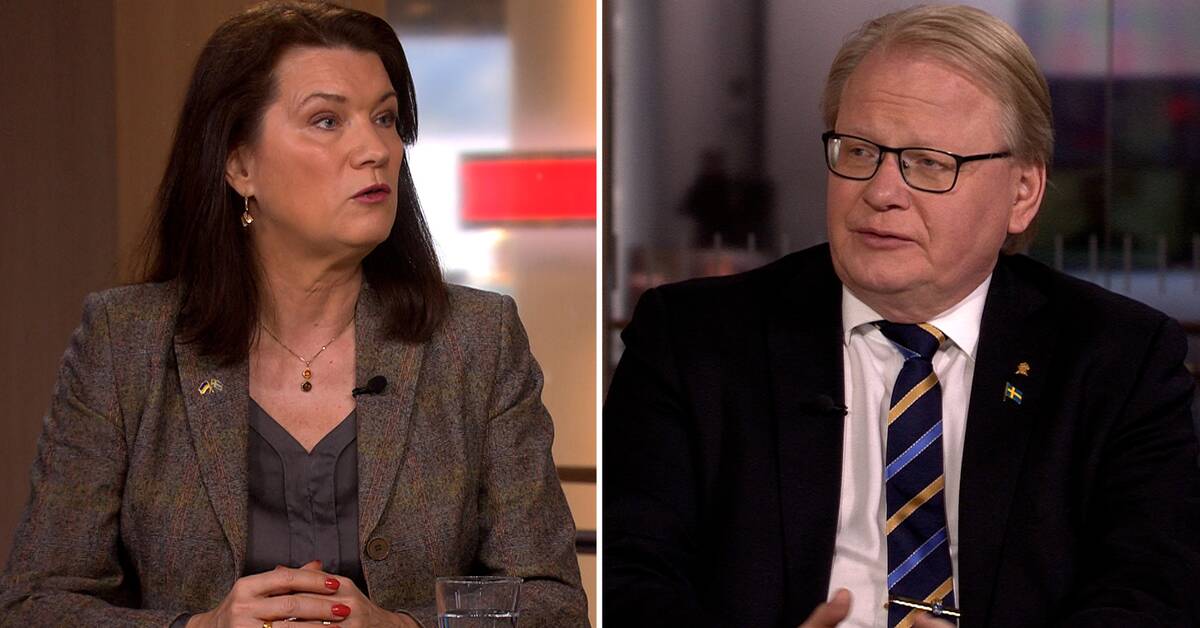 Prime Minister Magdalena Andersson (S) stated last week that a supplementary analysis of the security policy situation will be made.

- Partly to make an analysis of how the invasion of Ukraine affects Sweden and the security policy situation.

And partly to bring up all our various defense and security policy collaborations, says Ann Linde in Morgonstudion.

- The purpose is of course to see how what has happened now affects Sweden and what are the consequences for our various collaborations.

"The NATO issue is something that is being discussed"

The question of a Swedish membership application to NATO has been highly topical in recent times, where the opposition has pressed for Sweden to be part of a defense alliance.

Will the NATO issue be discussed within the framework of the supplementary analysis?

- All parliamentary parties must absolutely address whatever issues they want in these deliberations, so you have to reckon with that.

And the NATO issue is something that is discussed everywhere all the time, says Ann Linde.

Minister of Defense Peter Hultqvist emphasizes that the question of a Swedish membership in NATO cannot be simplified to a "yes or no".

- We can take this calmly and calmly, he says.

- Today we have a wide range of collaborations.

We are in NATO's partnership and right now we are working very closely with NATO when it comes to information about what the situation looks like in Ukraine and how it can affect Sweden and also the entire Nordic region, he says.

According to Hultqvist, Sweden already has ongoing contingency adjustments and exercise activities that show the ability to "cooperate".

Among other things within the framework of the British rapid reaction force Joint Expeditionary Force.

He also refers to several exercises, including a recent one with Finland on Gotland.

The Cold Response exercise will soon begin in Norway with 35,000 soldiers, with Sweden participating with 1,600.

- We work close to each other in all contexts.

What it is about now is how we deepen Swedish-Finnish cooperation in this very difficult time we live in. It is obvious that we also discuss issues that concern NATO.

We also act together within the framework of NATO because both are part of the partnership.