China: confined metropolises, factories shut down due to an outbreak of Covid-19

The 17 million people of Shenzhen, the tech hub of southern China, were in lockdown on Monday due to a record spike in Covid-19 cases, forcing a factory making... 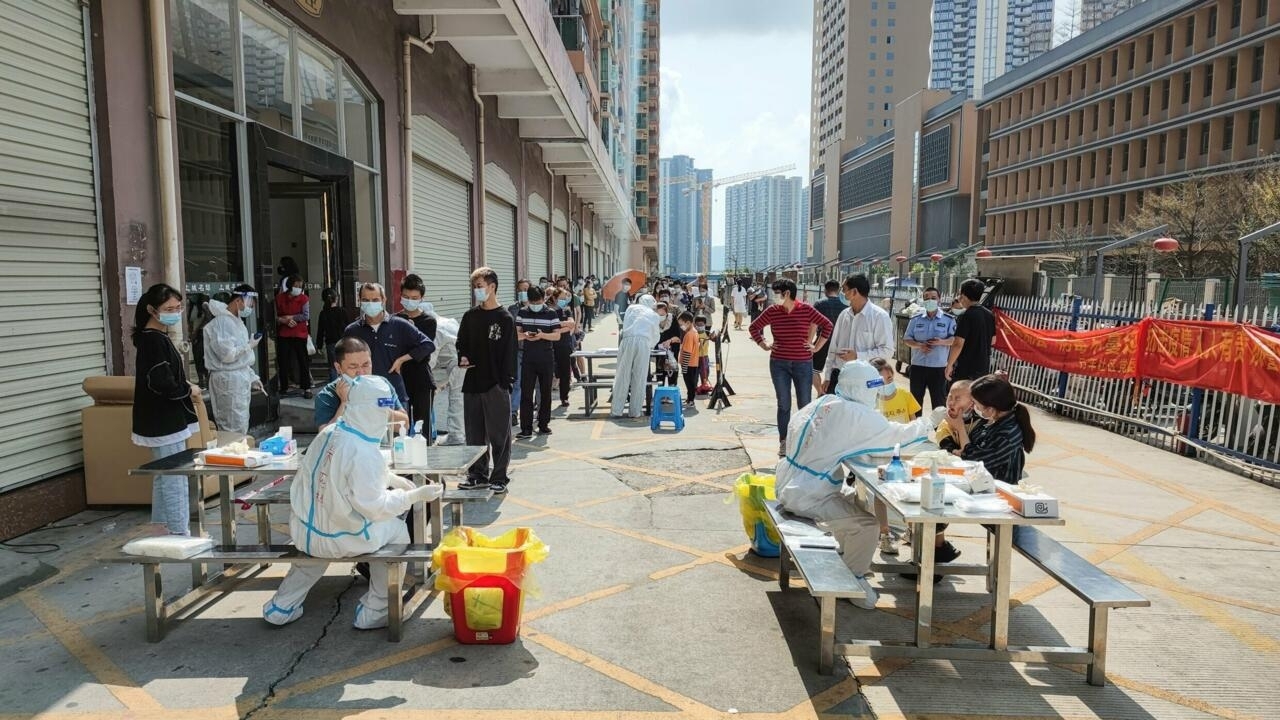 Shenzhen authorities announced on Sunday the entry into force of containment as epidemic outbreaks linked to the neighboring territory of Hong Kong, where the virus is wreaking havoc, appear in the city.

Taiwanese electronics giant Foxconn, Apple's main supplier, announced on Monday the suspension of its activities in Shenzhen, the confinement affecting the operation of its factories.

Foxconn, which employs tens of thousands of workers in the city, said it had transferred its production to other sites.

Shenzhen is one of ten cities in China currently under lockdown.

Health authorities have warned that even stricter measures could be taken, at a time when Beijing's "zero-Covid" policy seems to be causing fatigue among the population, raising questions about its merits in the face of the variant. Omicron.

Authorities on Monday identified 2,300 new cases across the country.

Nearly 3,400 had been counted the day before, the highest figure since the start of the pandemic.

A health worker helps Shanghai residents get a QR code to get tested for Covid-19, March 14, 2022 Hector RETAMAL AFP

“There have been many small outbreaks in neighborhoods and factories,” Huang Qiang, a representative of Shenzhen authorities, said at a press briefing on Monday.

"This suggests that there is a high risk of spread within the population and more precautionary (measures) are still needed."

Photos shared with AFP by a Shenzhen resident showed the entrances to a residential compound blocked by wide barriers, as residents took to social media to amuse themselves with how they hurriedly retrieved their laptops from the office before the entry into force of the containment.

Tech stocks tumbled on the Hong Kong Stock Exchange on Monday as investors worried about the impact of the virus' spread in Shenzhen, home to the headquarters of tech flagships Huawei and Tencent as well as Foxconn's biggest factory.

In Shanghai, the most populous metropolis in China, residential neighborhoods are cordoned off and the authorities are doing everything to avoid general confinement.

The city reported 170 new cases on Monday, prompting concern among businesses about economic hardship ahead.

A restaurateur with four establishments in different neighborhoods spoke of the difficulty of coping with the restrictions.

"The policies are different depending on the neighborhood," he told AFP, on condition of anonymity.

"I want to close one and keep the others open, and see how it goes later. What can I do but hold on?"

Other places are in an even more complicated situation.

Jilin province in the northeast recorded more than a thousand cases for the second day in a row.

At least five cities in this province have been confined since the beginning of March, including the major industrial center of Changchun, which has a population of nine million.

While the number of cases remains low compared to the situation experienced in other countries, it remains remarkable in the context of China where the authorities have continued, since 2020, to apply a policy of zero tolerance in the face of the epidemic.

In recent days, at least 26 officials from three provinces have been sacked over their mishandling of the outbreak, state media reported.

But the appearance of the Omicron variant undermines this drastic approach, at a time when most other countries have chosen to live with the virus.

Prestigious virologist Zhang Wenhong said on Monday that China could not yet relax its "zero-Covid" policy despite the low mortality rate linked to Omicron.

"It is very important for China to continue to adopt the Covid-zero strategy in the near future," Zhang wrote on social media.

“But that does not mean that we are going to permanently adopt the strategy of containment and mass screening,” he added.