In light of the wide-ranging sanctions imposed by Washington and its allies on Russia, China represents the main lifeline for Moscow, to absorb the severity of the shock that the sanctions will create on its economy, especially if it affects the oil and gas sector. 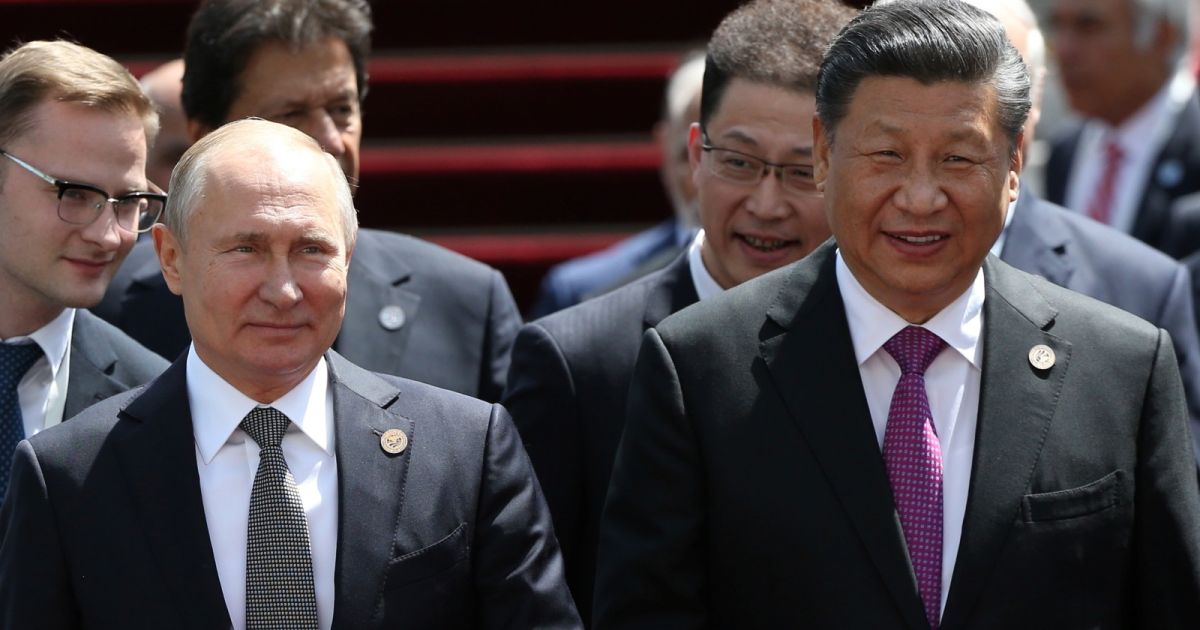 In light of the wide-ranging sanctions imposed by Washington and its allies on Russia, China represents the main lifeline for Russia, to absorb the severity of the shock that the sanctions will create on its economy, especially if it affects the oil and gas sector. But does Beijing really stand by Moscow in its war on Ukraine?

China has officially chosen neutrality in the Russian-Ukrainian crisis, although strategically it stands in the same trench with Moscow in the face of the Western camp led by the United States of America.

Beijing did not join the long list of countries condemning Russia's military attack on Ukraine, as well as imposing sanctions on Moscow, but rather blamed the United States for triggering and escalating the crisis.

On the day the Russian military offensive began on February 24, the Chinese Foreign Ministry accused Washington of "stirring tensions and igniting war threats in Ukraine" and refused to use the term "invasion" to describe the war in Ukraine.

However, the Chinese position did not go far in support of Russia;

Because it is bound by the principle of "respect for the territories and sovereignty of countries", including Ukraine, the same position that Beijing adopted when Russia annexed the Crimea.

In addition, Chinese support for Russia would embroil China in a greater conflict with the West on an issue that does not directly concern it.

The situation in the Russian-Ukrainian crisis is deeply intertwined for China, between what is strategic and what is principled, without forgetting a third factor related to economic and commercial interests intertwined with this or that party.

Therefore, calculated neutrality is an option that China is betting on, and this was evident in its abstention from voting to condemn the Russian attack on Ukraine, whether in the UN Security Council or the United Nations General Assembly.

China fears that Washington will turn the Russian-Ukrainian crisis into an opportunity that it and Moscow will simultaneously target, allowing it to bring down the two biggest threats to its world leadership in one fell swoop.

In this regard, Chinese Foreign Ministry spokesman Zhao Lijian said - last Wednesday - that the United States is criticizing China's position on Ukraine "to search for a space for a conspiracy of simultaneous repression against China and Russia," according to what was quoted by the Chinese "Xinhua" News Agency.

This came in the context of the Chinese spokesperson's denial of a New York Times report, about prior knowledge of the Russian military operation against Ukraine, and its request to postpone the operation until after the Beijing Winter Olympics, which were organized between February 4 and 20 last.

While the Russian military operation in Ukraine was launched only 4 days after the conclusion of the Beijing Olympics.

For Russia, China is the largest economic partner, as the trade exchange between the two countries amounted to about 140 billion dollars in 2021, and the meeting of Russian President Vladimir Putin with his Chinese counterpart Xi Jinping - in Beijing on the fourth of last February - was crowned with the signing of deals worth 117 billion dollars to buy Oil and gas.

China imports two main things from Russia, fuels (oil and gas) and weapons, while it exports almost everything to it, and this is what makes the two countries' economies integrated, even though the Chinese economy is much larger than its Russian counterpart.

And the huge Chinese economy represents the savior of the Russian economy after the tightening of Western sanctions, especially those related to the continued export of oil and gas to the Chinese market, if European and Western markets closed their doors to Russian energy exports.

The same applies to Russian imports from Western countries, which Moscow can replace with Chinese ones, which eases the burden of sanctions and prevents the Russian economy from getting on its knees, especially since the two parties deal in the Russian ruble and the Chinese yuan, as part of an agreement signed between the two countries following Russia’s annexation of the Crimea. 2014, allowing Russia to circumvent US and European sanctions.

Russia does not expect China to fight on its side in Ukraine, but what it most desires is to stand by it economically to withstand as long as possible in front of Western sanctions.

While China does not want the Russian economy to collapse, because this will prompt Washington to focus its efforts to weaken the strongly emerging Chinese economy, as its gross domestic product exceeded the purchasing power parity of 24.2 trillion dollars against its American counterpart, which amounts to 20.8 trillion dollars.

“Respect for the unity and sovereignty of states” is not just a slogan adopted by China, but rather a principle that has a direct relationship with the “one China” policy through which China rejects the secession of Taiwan from it, and therefore cannot contradict itself by allowing the secession of the Crimea, or the Donetsk and Luhansk regions from Ukraine.

Strategic interests with Russia did not prevent China from supporting Ukraine's sovereignty over its territory, but Putin's recent visit to Beijing violated this principle when it expressed its understanding and support for Russia's position on security in the surrounding areas, and the two sides' stand against the expansion of the North Atlantic Treaty Organization (NATO) in eastern Europe.

But Beijing does not want to go far in its support for Moscow or get involved in Putin's war adventures, especially since it is Ukraine's first partner, and the US market absorbs the bulk of its exports, and the European Union is a major trading partner for it, and any sanctions that affect it because of Russia will undoubtedly undermine prosperity. The economy it achieved for decades, especially with the beginning of its economic recovery from the Corona pandemic.

The war in Ukraine does not serve China strategically, because it will impede its economic expansion in the world, and sanctions against Russia will undermine its trade with the latter, and the global supply chain crisis will return again.

With the rise in energy prices, this will affect not only the rise in the value of Chinese imports, but also the contraction of its exports;

Because of the high cost of its products, which will lead to a decline in its growth, although it will benefit more from the acquisition of the Russian market.

This turbulent economic climate does not serve Beijing's policy of commercial expansion in global markets, which prompted it to hurry to offer its mediation between Moscow and Kiev, and it has important pressure points as the first partner of the two countries and the only savior for Russia from sanctions.

But China may not have enough will to use pressure cards against Russia, which does not show any flexibility to take a step back away from the option of war.