Legislative in Colombia: the favorite left, despite "vote buying"

Thirty-nine million Colombians are called to the polls this Sunday, March 13 to elect the two chambers of Congress and participate, if they wish, in one of the primaries which will be held on the occa… 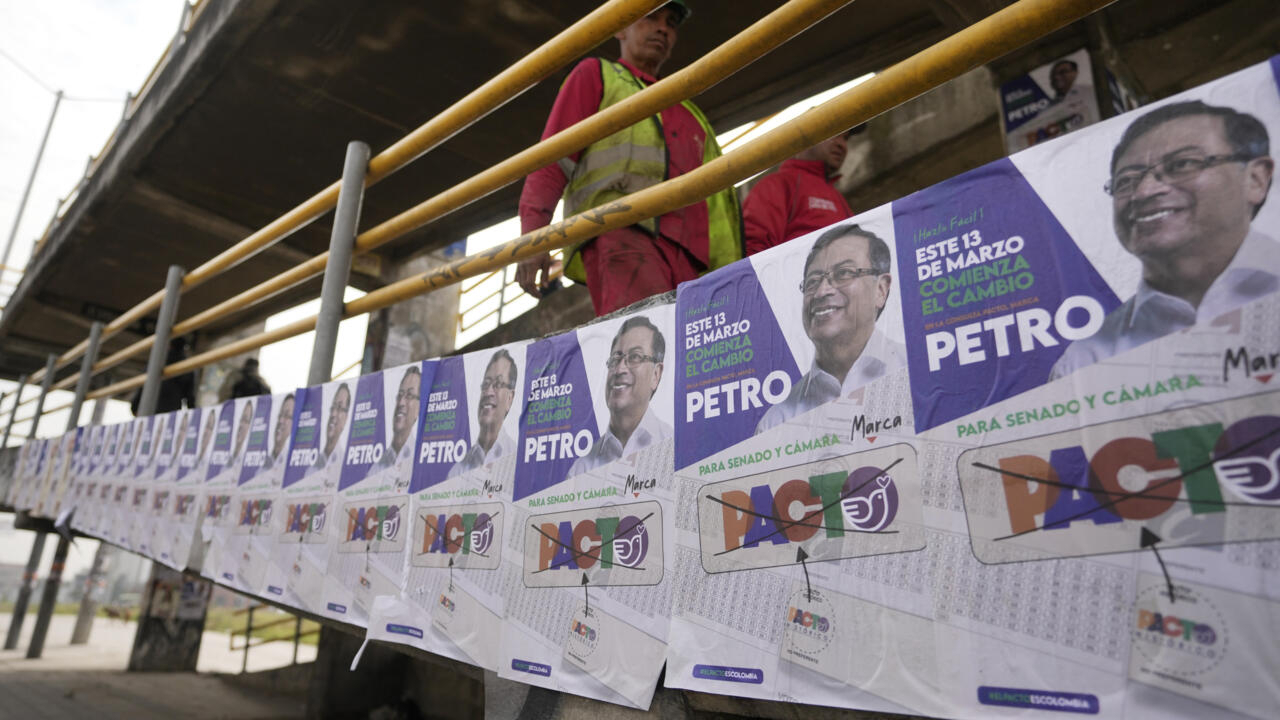 Legislative in Colombia: the favorite left, despite "vote buying"

Gustavo Petro campaign posters on a pedestrian bridge in Soacha.

Thirty-nine million Colombians are being called to the polls this Sunday March 13 to elect the two chambers of Congress and participate, if they wish, in one of the primaries which will be held on the occasion of the legislative election.

Three coalitions – one from the right, one from the center and one from the left – will thus choose their candidate to succeed President Ivan Duque, who cannot stand for re-election.

Six years after the signing of the historic peace agreement with the FARC,

Colombia is still not pacified

But, for the first time in 40 years, the armed conflict no longer dominates political debate, reports

our correspondent in Bogota

Candidates for Congress and the primaries talk about corruption, the economy, insecurity, or even

On the left, Gustavo Petro talks about social inequalities and the environment.

He proposes that Colombia stop exploiting its oil and coal.

For months, Gustavo Petro, who has topped all the polls, has been the only pre-candidate sure of winning his primary.

In this country which has always been governed on the right, he could even win the presidential election.

Presidential in Colombia: the favorite left despite the

One certainty: neither Gustavo Petro nor any of the coalitions in the running will have a majority in Congress, as local politics is dominated by the elites and the traditional parties.

A few hours before the ballot, the doubts were still perceptible.

Many Colombians did not know who to vote for.

Corruption and vote buying are a concern.

In all the polling stations, there is corruption.

As the reading is done manually, there are changes in numbers.

Outside the big cities, the practice known as “vote buying” is widespread.

For 50,000 pesos, or about a dozen euros, people who are in need promise to vote for a specific candidate, indicates

our correspondent in Medellin

Corruption should not be part of politics.

The real politics is not that.

But unfortunately, it is embedded in the political system and we have to fight against it by going to vote

Traditionally, in this type of election, turnout is around 50%.

But the vote of young people, who overwhelmingly support the left, could push for change.

The first round of the presidential election will be held on 29th May next and the second in June.