France: the candidates Zemmour and Pécresse are torn apart in debate

Down in the polls, Valérie Pécresse and Éric Zemmour clashed harshly on Thursday evening March 9, in a debate which sometimes turned into a cacophony, the candidate LR accusing of “Muni spirit… 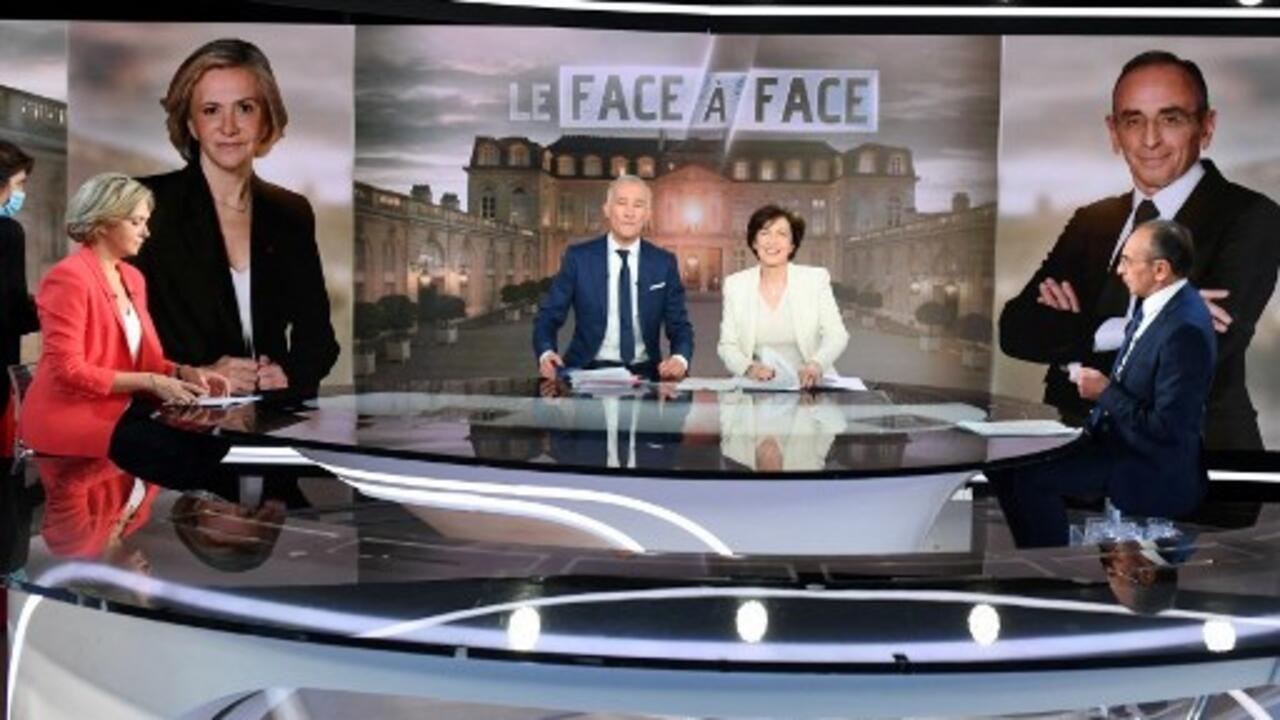 France: the candidates Zemmour and Pécresse are torn apart in debate

Valérie Pécresse and Éric Zemmour on the set of TF1.

Down in the polls, Valérie Pécresse and Éric Zemmour clashed harshly on Thursday evening March 9, in a debate which sometimes turned into a cacophony, the candidate LR accusing

" who in return taxed her to say "

everything and its opposite

This debate, on TF1 and LCI, was eagerly awaited for the two contenders for the Élysée who are seeking to relaunch their campaign, paralyzed by the war in Ukraine, and who see themselves outdistanced by Marine Le Pen and especially Emmanuel Macron in the investigations of voting intentions.

But it was particularly disjointed from start to finish between the two rivals who kept interrupting each other, accusing each other of telling “

“Fascinated by the force”

We are not in a playground.

With this war in Ukraine, there is the Gaullist spirit: to defend freedom, democracy, to show humanity vis-à-vis all these refugees

", launched Ms. Pécresse, who accused her adversary of "

How can Eric Zemmour mix Islam and Islamism?

I think of all our Muslim compatriots who have been victims of Islamism, it insults their memory.

My position is very clear: all hate preachers should be in jail or on the plane.

When you're under Putin's influence, you can't call yourself a patriot, and that's why Mr. Zemmour is discrediting you for leading France

The Gaullist tradition is precisely the rapprochement with Russia

", replied Éric Zemmour in this debate often inaudible for the voters, notes

, from the political department of RFI.

“You will be a powerless president”

On refugees, Ms. Pécresse accused her opponent of "

" while Éric Zemmour was ironic: "

Every time there is a war, you will welcome migrants wherever they come from, it must be said to the French

", recalling the reception of Syrian refugees by the former German Chancellor Angela Merkel.

Zero immigration, nobody does it, so you will be a powerless president

”, assured Ms. Pécresse, defending her project of quotas and the end of automatic family reunification.

I fight the Great Replacement, not you.

I fight the Islamization of France, you encourage it and finance it.

Moving away from the news to focus on Islam, the debate has, at times, turned into a verbal fight, in the mode "

", under the overtaken by journalists.

“I do not confuse Islamism and Islam”

Éric Zemmour has repeatedly accused his opponent of having "

said everything and its opposite

", while Valérie Pécresse accused him of "

" in his accusations of sympathy with Islamists.

I reveal your double game in the eyes of the French

What is your friendship with Tariq Ramadan

I do not confuse Islamism and Islam

”, she added, recalling her charter of secularism and her plan to fight against radicalization in Île-de-France.

The two candidates briefly, and more calmly, addressed economic and environmental topics at the end of the program.