Amid accusations between Moscow and Washington, the biological weapons file in Ukraine is on the table of the Security Council, and the WHO makes a recommendation to Kiev

Today, the UN Security Council held an emergency session at Russia's request to discuss the biological weapons file in Ukraine, while the World Health Organization "strongly" recommended that Kyiv destroy "very dangerous pathogens" in its laboratories. 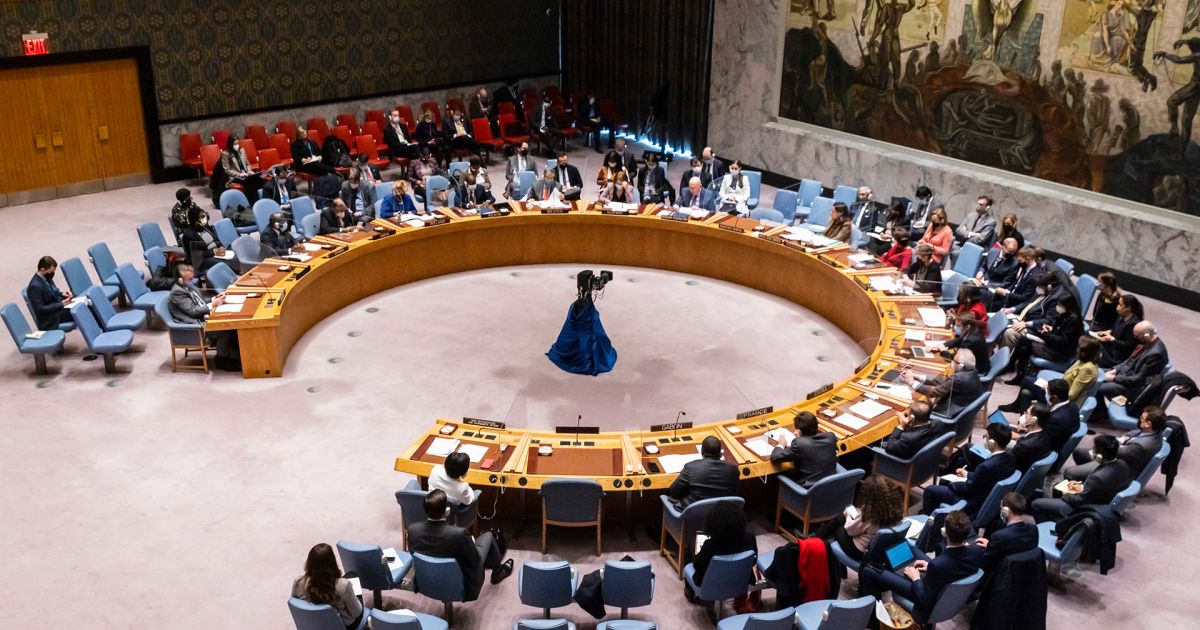 Moscow accuses the Kyiv government of running, in cooperation with Washington, laboratories in Ukraine with the aim of producing biological weapons, asking the US administration to explain to the world why it supports what it describes as a military biological program in Ukraine, which includes causing deadly diseases such as plague and anthrax through migratory birds between Ukraine and Russia .

He added that the Kyiv authorities continued to carry out dangerous tests, and the World Health Organization recommended that they destroy all its stocks, noting that the analysis of the data obtained by his country shows the ability of dangerous substances to target specific ethnic groups.

Nebenzia explained that Ukraine has the possibility of transporting dangerous materials, whether to his country or Europe, and that the biological threat will reach everyone and there are no limits to its risks.

He also urged the countries of the world to subject their biological research activities to investigation, noting that there is a possibility of these biological weapons being stolen in Ukraine and used by terrorists.

The Russian delegate stressed that his country will continue to analyze the biological situation in Ukraine, and will inform the Security Council of any new developments.

Greenfield said - during the Security Council session - that Russia requested the holding of this meeting in order to spread "more disinformation" and that the intention behind "those lies" repeated by Russia is clear and "extremely disturbing."

She added that Russia has a record of violating international law and using biological and chemical weapons, and that her country is concerned about the pretext that Moscow is looking for for its actions in Ukraine by calling for this session of the Security Council, expressing its fear that this will be a "pretext" for something that is being implemented.

Greenfield emphasized that Russia could use chemical and biological materials in "hostile" actions and could not hide and refute the facts reported by the media in Ukraine.

For her part, the British delegate to the Security Council said that Russia is committing war crimes in Ukraine, and is using cluster munitions and thermal missiles.

She added that Moscow had presented a series of "conspiracy theories" without any evidence that Ukraine had a biological weapon.

In turn, the Chinese delegate to the Security Council said that what is most needed now is to intensify diplomatic efforts and reduce tension, and that the situation in Ukraine is still developing rapidly and becoming increasingly complex and sensitive.

As for the Ukrainian delegate, he said that Russia shot itself again by inviting it to this session, stressing that Moscow and its ambassador are having difficulty presenting their narrative in this council against Ukraine.

In the same context, the Health Organization recommended Ukraine "strongly" to destroy "very dangerous pathogens" in its laboratories to avoid exposing the population to any risk of contamination due to the ongoing war in part of the country.

The UN agency said Friday it had "strongly recommended" the Ukrainian Ministry of Health and other agencies responsible for destroying the very dangerous pathogens "to prevent their accidental spread".

Aware of the concern that this recommendation - which was revealed by Reuters - after threats to civilian nuclear facilities, the organization has placed it in the broader context of its cooperation for years with the Ukrainian authorities to improve the safety of these facilities.

WHO spokesman Tariq Jasarevic stressed - during a press conference at the United Nations in Geneva - that the WHO, in its general recommendations on safety in laboratories, "always emphasizes an approach based on risk assessment."

"Labs should always study the situation in which they find themselves and ensure that in the event of a threat there is a way to destroy pathogens normally present in all these countries for reasons of public health, completely safely and avoiding accidental leakage," he added.

In response to a question by Agence France-Presse in Geneva, the World Health Organization did not provide a list of laboratories in Ukraine, did not indicate the level of their security or explain what disease-causing elements that might be inside, and the spokesman could not determine whether the laboratory concerned with these recommendations was in one of the areas that were bombed. Or occupied by the Russian army.