The world's largest seals swim alone in the open sea for eight months. But they always manage to return to their home beach at the same time just before they have to give birth to their young. In a new study, over 100 sea elephants were equipped with GPS transmitters and the results show that they have an internal navigation system. 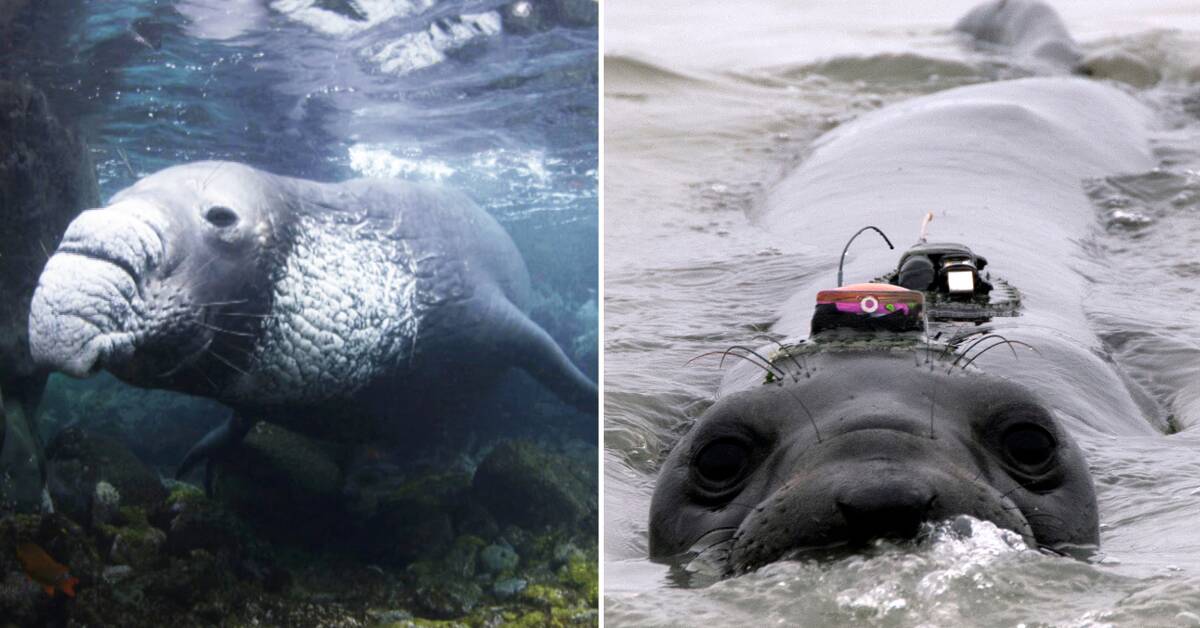 Every year, sea elephants go on a long swim to eat up after the mating season.

Only eight months later do they return to the same beach to regroup in large colonies.

To find out where they are going during the long period at sea, a group of researchers in California equipped 108 pregnant sea elephants with GPS transmitters and have now published the results in the journal Current Biology.

It turned out that different individuals swam in different directions and lived completely on their own.

Some barely left the coast and others swam a total of over 1000 miles, straight out into the Pacific Ocean.

- I used to think that they lay and hung off the coast before they would give birth and pulled in when it was the right time.

But they do not, they come straight in from the open sea.

When they arrive at the colony, it is four to five days before they give birth to their young, it is very definite, says Tom Arnbom, marine and Arctic expert at WWF and who wrote a doctoral dissertation on sea elephants.

Clock in the head

Previously, researchers believed that sea elephants return home when they have enough body fat, but now researchers know that this is not the case.

Since the seals were equipped with GPS transmitters that also measure the depth they are at, it is possible to see what buoyancy each individual seal has.

Higher buoyancy means more fat, but there is no connection between how fat the seals are and when they choose to return to their shore.

The American researchers conclude that the sea elephants can orient themselves and calculate how long it takes to swim a certain distance, even though they are in the middle of the Pacific Ocean.

- The sea elephants know how far it is to the colony and how long it takes to swim there.

It's unbelievable, they have a built-in map with a clock in their head.

But we have no idea how they do it, he says.

Looking at the sun

Many other animals also travel long distances, but with the precision of sea elephants and also in the open sea.

Whales and turtles swim long distances, but they often move along the coasts.

- Some birds can figure out where they are somewhere by seeing where the sun is in the sky, a bit like a sextant.

Maybe the sea elephants do something similar, says Tom Arnbom.

Sea elephants also fast for long periods and are specialists in diving - play the video to see four amazing facts about sea elephants.