C1: hard to keep Mbappé at Paris SG after this new disaster

If sporting guarantees were needed to keep Kylian Mbappé in the Paris Saint-Germain project, how to convince him to stay after the new sinking against Real Madrid (3-1), Wednesday in… 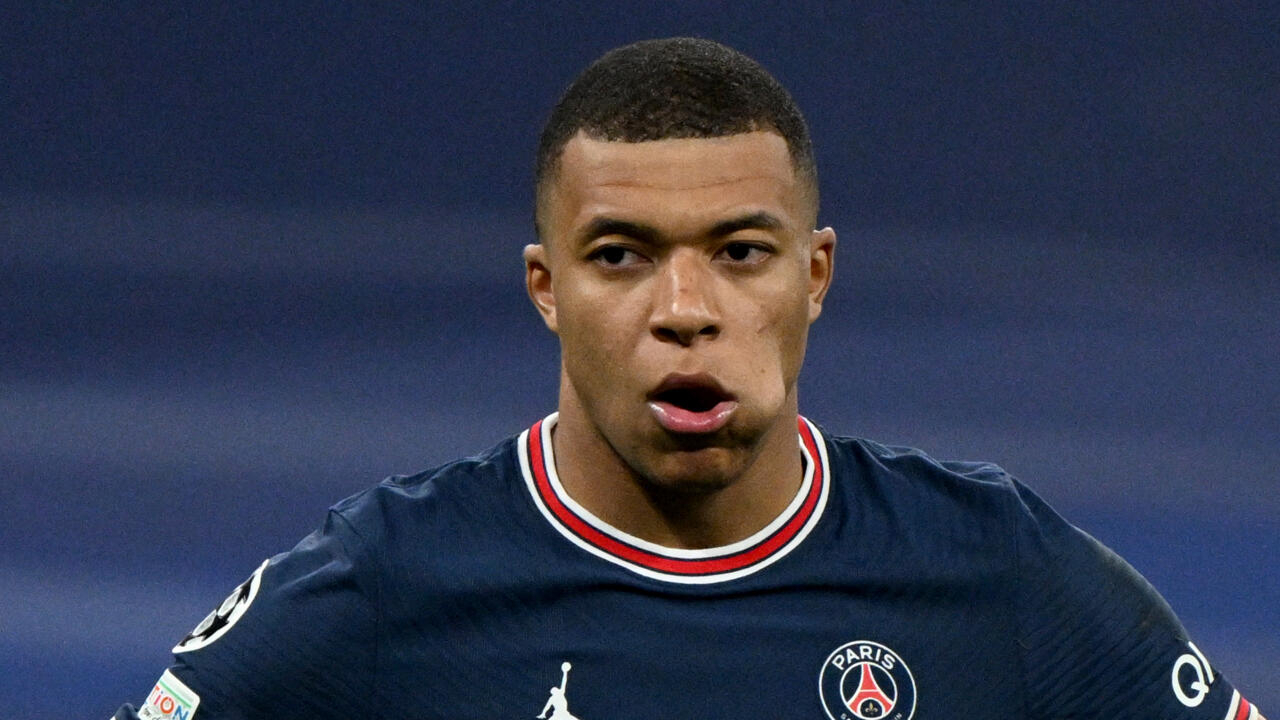 The "coming back" experienced at the Santiago-Bernabéu stadium, with three goals conceded in the last half hour, underlined the lack of impact of the prestigious transfers of the summer.

Goalkeeper Gianluigi Donnarumma made the mistake that changed the course of the match.

At least they played, unlike Netherlands captain Georginio Wijnaldum, on the bench, and star defender Sergio Ramos, in the stands because injured.

The Spaniard, who has only played five matches this season, due to recurring physical glitches, embodies the limits of PSG's recruitment policy, where the player's notoriety counts as much as his sporting contribution.

For the Spanish sports daily AS, PSG belongs to the big clubs because of "its money, but not history", a criticism of the hundreds of millions of euros spent by its Qatari owner since 2011.

PSG strikers Lionel Messi and Kylian Mbappé during the Champions League round of 16 second leg against Real Madrid on March 9, 2022 at the Santiago Bernabeu Stadium GABRIEL BOUYS AFP

Until then, Paris survived thanks to the exploits of its extraordinary individuals, starting with those of Kylian Mbappé, on the way to achieving one of his best seasons.

His collective has only too rarely taken over – a problem also linked to the poorly constructed workforce by sporting director Leonardo.

Coach Mauricio Pochettino, who seems to have suffered from events since his arrival in January 2021, has also not recreated the camaraderie that allowed the Parisians to go to the final in 2020, with Thomas Tuchel.

Above these two, President Nasser Al-Khelaïfi does not escape criticism either, guilty, according to L'Equipe, of having established a culture that promotes failure.

"The time has come to rebuild," writes the sports daily.

Who of the three men will bear the hat for this new sporting humiliation?

The future in Paris of "Poche", under contract until 2023, is dotted.

The Argentinian has already lost the Champions Trophy and the Coupe de France this season.

For "Leo" and "NAK", the decision will come from Doha, where such a defeat must have gone badly, the year of the World Cup in Qatar.

They left a disastrous image in Madrid, by being too vehement, according to the Spanish press, with the referees after the meeting, because of their decision not to call a foul on Donnarumma, on the action of 1-1.

"We need time to think and move forward," swept Leonardo, at the microphone of Canal +.

The only guarantee in this crumbling PSG is the level of Mbappé, a rare player exempt from criticism in the French press on Thursday morning.

As on the first leg, he scored in Madrid, to become, with 157 goals, PSG's second top scorer, ahead of Zlatan Ibrahimovic.

But "Kyky" should leave next summer.

The superstar striker, who embodies the future (23), is free to commit where he wants, when his contract expires in June.

He did not hide that he would one day like to wear the legendary white jersey of Real.

PSG refused 200 million euros from the Spanish club in the fall and "will try everything" to keep him, promised Leonardo, in L'Equipe.

But the club shot itself in the foot, with this calamitous performance for its sporting project – Mbappé, who wanted to be reassured about the competitiveness of PSG before extending, will inevitably ask questions.

Long after the final whistle, the Madrid ultras, who remained to celebrate this new piece of bravery in their Santiago-Bernabéu stadium, sang: "Mbappé! Mbappé!"

"Kyky", brilliant for an hour ten before sinking with the rest of the team, could well leave to join a legendary club, which knows how to win matches even when it is less strong, like Real generally dominated by PSG on the double confrontation.

The rest of the season will be very long for Paris and Mbappé, with "only" the L1 to win, which was really not his priority objective.

“What a flop!” headline the Italians of the Gazzetta dello Sport.