Andersson on defending others in the EU: Of course

Where the First World War defatively ended, EU leaders are now gathering under the threat of a third. Sharply increased defense investments are promised at today's summit in Versailees. - Of course we stand up, says Prime Minister Magdalena Andersson about the EU's own solidarity clause. 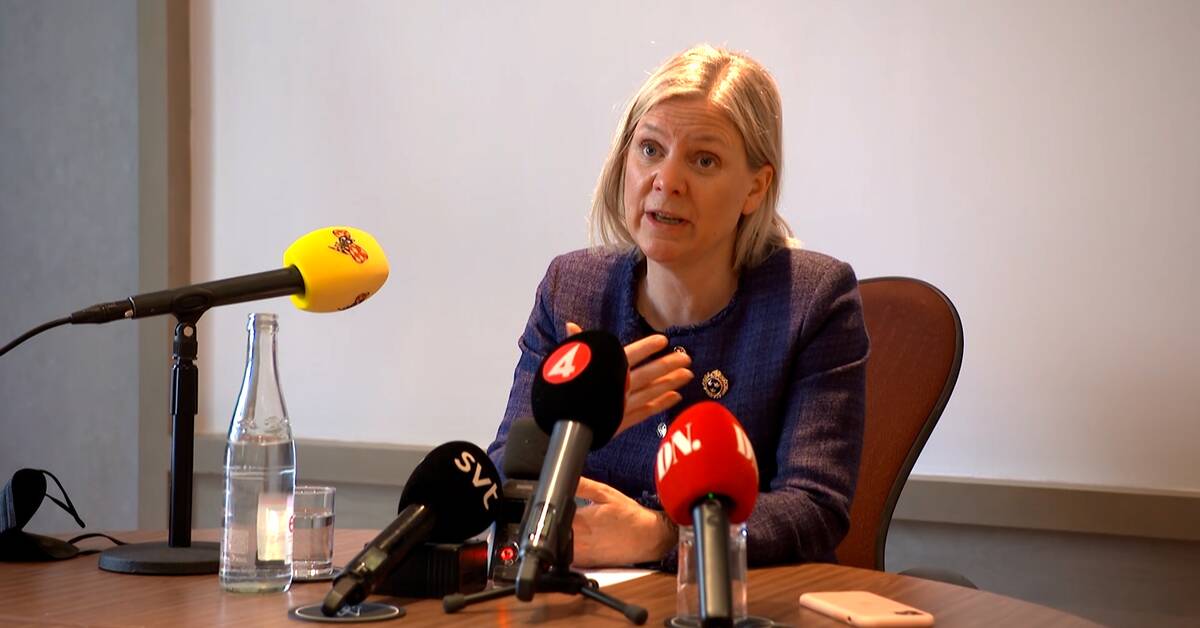 With Russia's army deep inside Ukraine, large numbers of civilians killed and millions on the run, it is no wonder that EU heads of state and government are now meeting again.

Actually, it would all have been about how to accelerate growth and investment after the corona pandemic.

Now, instead, they are going from crisis to crisis in a summit that will mostly be about defense, flight, energy and aid to the vulnerable countries in the east.

EU countries will, among other things, discuss how to "increase defense spending and call for more cooperation between member states".

- We build security in Sweden in collaboration with others, within the EU, in our partnership with NATO but also with other partners that we have, says Magdalena Andersson at a press conference with Swedish journalists in Versailles before the summit.

A draft joint statement states that member states promise "substantial increases in defense spending, with a significant part to invest in and focus on strategic shortcomings and defense capabilities developed in cooperation within the EU".

The European Commission is tasked with proposing "further necessary initiatives" to strengthen the defense industry and defense technology by mid-May.

Among the ideas put forward is the desire to be able to make defense investments without affecting the EU's normally strict budget rules.

In this way, countries could invest more without, for example, having to keep their budget deficits down.

- If you want a safe and stable defense, it must also be on a stable financial basis.

We must have a stable defense house to lean on - not a house of cards, says Andersson.

Sweden and Finland have in a joint letter before the summit pointed out to the other member states that the EU has a solidarity clause (Article 42, paragraph 7) which obliges all other EU countries to stand up, if another EU country is attacked.

The letter has been well received, says Andersson, who also emphasizes that the solidarity clause is not only something that Sweden can benefit from - but also the opposite.

- Of course, Sweden is prepared to stand up if another EU country is attacked.

Then in what way - you have to take that in that situation, says the Prime Minister.