"If you rank first in our region, the president"... Election official was broken one after another

News summary on the way home from work, Subsletter Evening. There are regions where it is known that 'If you get the top vote in a certain region, you will become president'. Among the cities and provinces, there are 4 including Jeju Island and 15 in the city, county, and gu units. That's it. 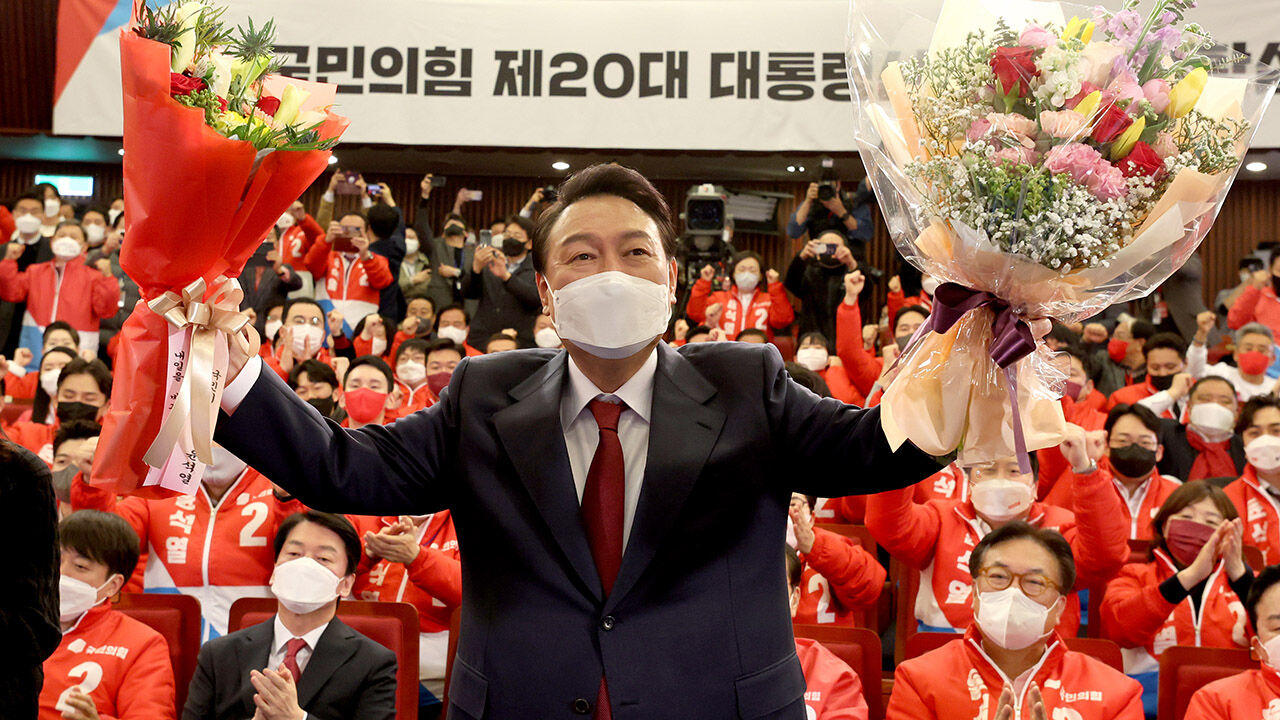 There are regions where it is known that 'If you get the top vote in a certain region, you will become president'.

Among the cities and provinces, there are 4 including Jeju Island and 15 in the city, county, and gu units. That's it.

So, the hit rate is 100%, so it's called a 'political weather vane' or a 'barometer of public sentiment'.

How was this election?

In the last seven direct elections, the cities and provinces where the first place in the region and the elected candidates matched were Chungcheongbuk-do, Gyeonggi-do, Incheon Metropolitan City, and Jeju-do.

But among these four places, only Chungcheongbuk-do has won the presidential election this year.

Chungbuk was left as the only 'election tweezers region'.

As a result of the vote counting in this election, Yoon Seok-yeol and Democratic Party candidate Lee Jae-myung recorded 50.67% of the votes and 45.12% of the votes in Chungcheongbuk-do.

It can also be read that the voters of Chungbuk acted as a casting boat.

Among Gyeonggi, Incheon, and Jeju, which did not hit the president-elect, Jeju was the place where local votes deviated the most.

Although the number of voters in Jeju is only 1% of the country, from the 13th to the 19th presidential election, Jeju's No.

The formula of 'Jeju voted 1st = the president' has been maintained for over 30 years, but this time it's broken.

Guri, who ranked first in synchro rate, was different this time

The SBS data journalism team's errands analyzed in-depth data from the last seven presidential elections and reported in succession under the name of 'our neighborhood election story' in January. It was Guri.

Not only the vote ranking, but also the vote rate for each candidate was very similar to the national vote counting results, and it was analyzed that the 'synchronization rate' was 96.17%.

In this way, the votes of the citizens of Guri were most similar to the election results.

In other words, Guri-si is an urbanized bed town, and people from all over the country have lived together and have shown a political orientation in which neither side prevails.

But this time, the votes in Guri City and the nationwide vote were different.

When the votes of the voters in Guri were counted, Candidate Jae-myung Lee (50.10%) took first place, and President-elect Yoon Seok-yeol came in second with 46.47%.

The phrase 'election tweezers area' doesn't work this time around.

15 places that hit the 7th presidential election, the 8th?

There were only six places that maintained the formula that 'the candidate for the first place in the region is elected'.

So, out of 15 cities, towns and districts, including Guri, 6 places matched the regional 1st place and the national 1st place, and the remaining 9 did not.

What is the reason for being elected differently from the local votes with tweezers?

As can be seen from the table above, among the places that were used as tweezers in the previous presidential election, the Chungcheong region remained tweezers this time, and the cities, counties, and districts of Incheon, Gyeonggi-do did not match.

The cause may be found in the specificity of this election, but the fact that President-elect Yoon Seok-yeol's local affiliation and Lee Jae-myung's history as governor of Gyeonggi seem to have influenced the votes of the tweezers area.

President-elect Yun emphasized that his father spent his childhood in Gongju, Chungcheongnam-do, and plowed the fields in Chungcheong region with a local affiliation called 'Chungcheong Son' and 'Chungcheong Daemangron'.

Of course, candidate Lee Jae-myung emphasized 'Chungcheong son-in-law' with the fact that his wife Kim Hye-kyung was from Chungcheong-do, but the Chungcheong public mind was inclined to be 'son of Chungcheong-do'.

Considering the fact that the Democratic Party has won the overwhelming majority of votes in Sejong City so far, the fact that President-elect Yoon received more than 40% of the votes can be seen as a good performance.

As Lee Jae-myung served as Gyeonggi governor, Gyeonggi-do is a political garden.

As a result, Gyeonggi-do's tweezers city-gun-gu won the first place in the votes, and the result did not match the elected person.

However, although Candidate Jae-myung Lee won the match, there is also an analysis that the percentage of votes dropped compared to the last general election and the strength of support for the Democratic Party decreased.

Winter has been unusually long, but spring has just arrived in the middle of the season.

This is a picture of rapeseed flowers in full bloom in Sagye-ri, Seogwipo-si, Jeju.