Trial of the November 13 attacks: many gray areas remain around logistics

A new phase of the trial devoted to logistics, which began on March 1, provided the court with some answers to the preparations for the attacks of November 13, 2015. But once… 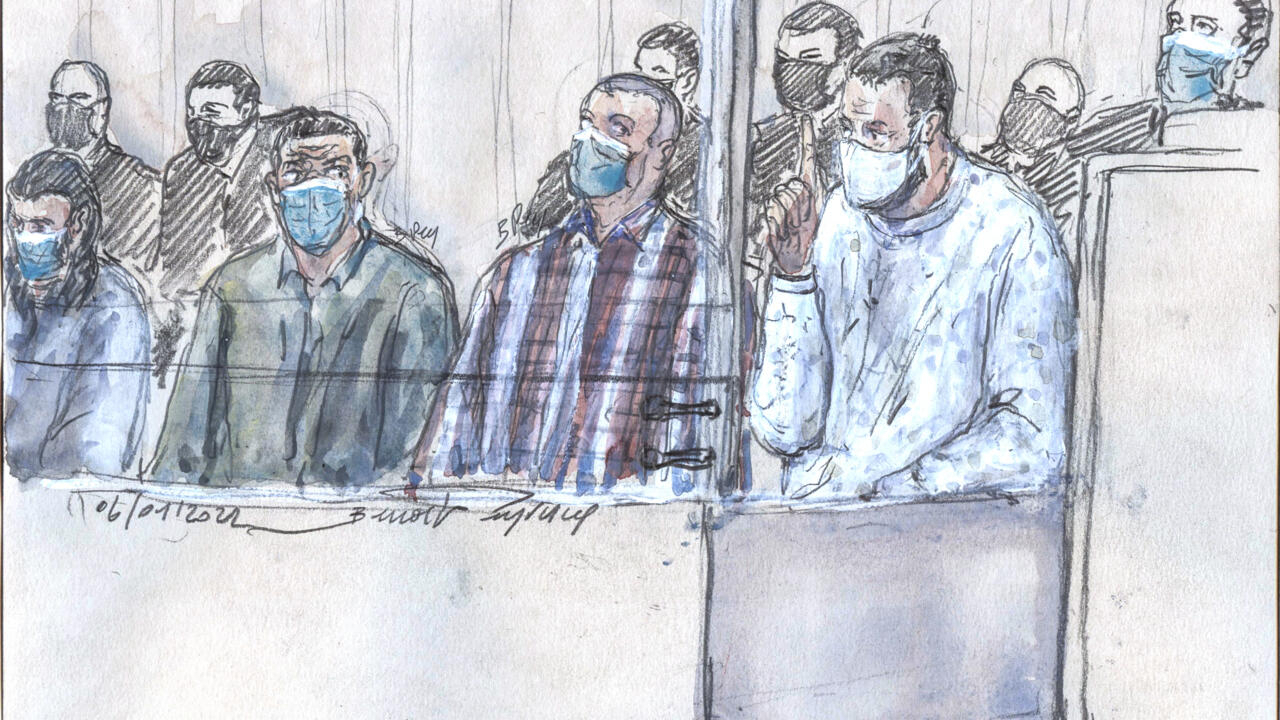 Weapons, hiding places, telephones, false papers, cars… The trial of the attacks of November 13 entered from March 1 and until March 17 in a new phase: logistics.

After having collected the testimonies of the survivors and their families, examined the course of the jihadists, heard the investigators and the key witnesses, such as François Hollande, the specially composed assize court focuses for three weeks on the material elements which made it possible to set up the November 2015 attacks in Paris and Saint-Denis.

This new phase marks the return of the Belgian investigators.

Already heard in November, four other members of the Belgian police were heard from March 1 to 7, after two weeks of hearing suspension due to cases of Covid-19 among the accused.

They sought to explain how the terrorist cell, based in Brussels and its surroundings, had fomented the attacks of November 13, 2015 and those of Brussels, March 22, 2016. These new hearings lifted part of the mystery of the preparations.

Trial of November 13: the gaping flaws of the Belgian investigation and outstanding questions

To find the hiding places first.

Guided by the brothers Ibrahim and Khalid El Bakraoui (both suicide bombers in the Brussels attacks), the terrorists carried out numerous visits to homes with the aim of turning them into hideouts.

Two apartments were used to hide terrorists after the attacks of November 13, 2015. Others served as hideouts for the El Bakraoui brothers, as well as members of commandos from Syria.

Finally, traces of TATP [powerful explosive] and dismantled washing machines – the small metal parts of which were recovered for the making of the explosive belts – left in two caches allowed the Belgian investigators to suppose that they had been used for the manufacture of explosive weapons.

87th day of the trial of the attacks in Paris and Saint-Denis.

The investigation carried out around the hideouts also revealed the existence of eighteen false identity cards ordered by the terrorists.

Fourteen of them came from a sector dismantled in the fall of 2015. The others have not been found.

At each rental, false identity papers, and even false payslips, were provided.

To obtain these false papers, the modus operandi was always the same: Khalid El Bakraoui got in touch with a first intermediary, Farid Kharkhach, present in the dock, who called another intermediary who contacted the forger.

Each order was placed with care, according to Belgian investigators.

Calls to obtain false papers were made on a prepaid telephone line.

False documents were received on another.

In all, Khalid El Bakroui used sixteen different lines in six months during 2015. An identity card could be ordered in one week.

To make the false papers – often made from real stolen documents – the terrorists had their pictures taken with wigs and glasses.

Rude accoutrements which obviously did not arouse any particular mistrust.

Salah Abdeslam notably rented a BMW under his own name and gave the phone number of his friend Mohamed Abrini to the rental company.

The vehicle was however used to recover Bilal Hadfi and Chakib Akrouh, suicide bombers from the Stade de France and the terraces, who were then in Hungary.

But for Me Olivia Ronen, lawyer for Salah Abdeslam, there is nothing surprising here, since she assures us that her client has never used false papers.

Beyond these few elements provided by the Belgian investigators, there remain above all many gray areas relating in particular to the origin of the weapons.

A Belgian investigator heard on March 7, by videoconference from Brussels, admitted that she had not been able to "go up the supply chain".

At most, the police officer identified under the registration number 447437051 indicated that he had highlighted "the steps taken by certain members of the [jihadist] cell to obtain it".

A week before the attacks, Mohamed Bakkali, considered to be one of the commando's logisticians, reportedly contacted a certain Mohammed E. to procure six Kalashnikovs.

Arrested and prosecuted in Belgium, Mohammed E. is not one of the defendants tried in Paris.

#trial13novembre Day 87: Who provided the terrorists with weapons?

The investigator also mentioned contacts with Kurds and Chechens in the Liège region.

Did these contacts succeed?

The late verifications of this track by the Belgian police, only from 2018, did not allow sufficient evidence to be collected.

Another track leads to the Netherlands.

“A Dutch network was indeed used to buy weapons”, assures the investigator.

But the witnesses who agreed to speak before the special assize court in Paris, by videoconference from Rotterdam and with the intermediary of an interpreter, chose to stick to laconic answers or made use of their "right to silence".

Frustration of the civil party

So many flaws that exasperate the civil party.

“Since the start of the trial, things have gone rather well, considers Arthur Dénouveaux, president of the Life for Paris association, contacted by France 24. The victims were able to express themselves for five weeks, the statements of the accused - who were said to be walled in silence - were interesting, in that they made it possible to understand the course of radicalization. But the big black point of this trial remains the part of the Belgian investigation, 2. Their investigative techniques do not stand up well to questions from the defence. Each new element brought forward is demolished by the defendants' lawyers because many of their conclusions are based on mere assumptions."

More than frustrated, the association manager says he is "sorry" by the situation, like a large number of his members.

Everyone fears that the Belgian police's lack of evidence will lead to possible acquittals.

"This proves at least that this is a real trial in which the accused have the opportunity to defend themselves, he concludes. Proof that we are not looking for revenge, but justice".