Sudden death younger? CPPCC National Committee members suggested that people should know how to use AED and dare to use AED

(Observation of the two sessions) Sudden death younger? CPPCC National Committee members suggested that people should know how to use AED and dare to use AED   China News Service, Beijing, March 9 (Reporter Zhang Ni and Wang Shibo) According to earlier data from the National Cardiovascular Disease Center, the number of sudden deaths in China is as high as 550,000 each year, and the success rate o 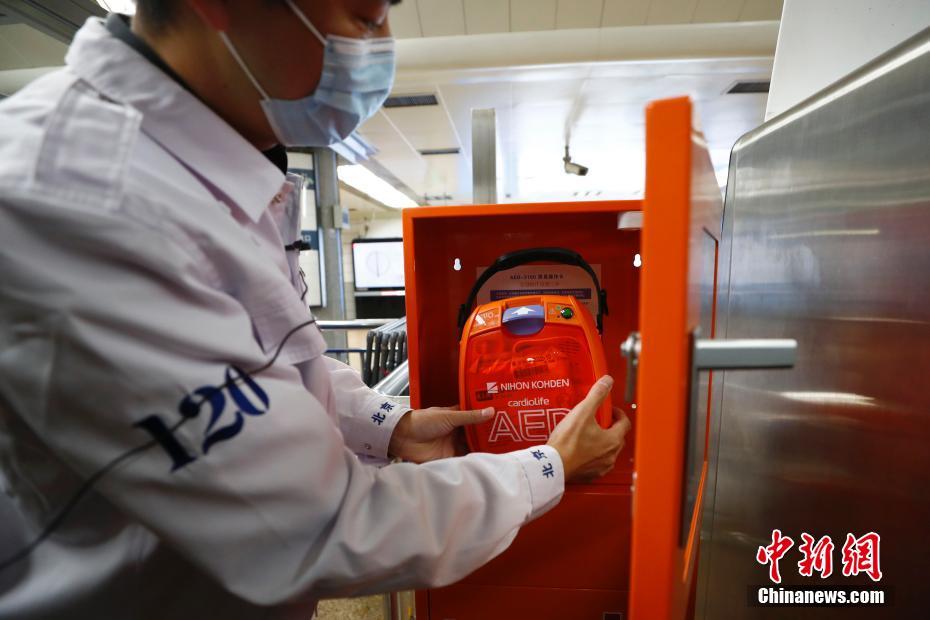 China News Service, Beijing, March 9 (Reporter Zhang Ni and Wang Shibo) According to earlier data from the National Cardiovascular Disease Center, the number of sudden deaths in China is as high as 550,000 each year, and the success rate of treatment for sudden deaths outside the hospital is only about 1%.

Yang Jiefu, a member of the National Committee of the Chinese People's Political Consultative Conference and the chief physician of the Department of Cardiology of Beijing Hospital, said in an interview with a reporter from Chinanews.com that sudden deaths are occurring at a younger age, and the promotion and popularization of AEDs is very necessary.

During the National Two Sessions, topics in the health field have always attracted much attention.

As a cardiologist, Yang Jiefu is very concerned about some cases of sudden death of young people in recent years.

In an interview, Yang Jiefu said that cardiovascular disease is the "number one killer" of death in China.

90% of sudden death is caused by cardiovascular disease, and about 90% of the mechanism is malignant ventricular arrhythmia.

In addition, he emphasized that the incidence of sudden death in China is currently younger.

"Some people have underlying coronary heart disease or hereditary ion channel disease, but because there are no symptoms, so there is no examination, when excessive mental stress, neurological dysfunction, often staying up late, long-term anxiety, etc. will become the predisposing factors for sudden death. Disease prevention is very important.”

Yang Jiefu told reporters that sudden death refers to death within one hour of onset, and the first 4 minutes of cardiac arrest is the golden rescue time.

Since the vast majority of cardiac arrests occur outside the hospital, the first witness is usually not a doctor, but a family member, a colleague, etc. If it is too late to send the patient to the hospital, they require local rescue and effective defibrillation. Sudden death in a public place requires defibrillation with an AED (Automated External Defibrillator).

Data map: AED is set up at Xidan Station of Beijing Metro Line 4.

"Many big cities in our country have been equipped with AEDs in many public places, including airports, subways, sports venues, etc., but unfortunately its awareness rate is low, and people don't know what AEDs do or how to operate them. ."

In fact, at the National Two Sessions last year, Yang Jiefu emphasized the vigorous promotion of AED in his proposal.

At the same time, he emphasized that at the legislative level, it is necessary to establish and improve legal guarantees to solve the problem of "responsibility for rescuers" that the people worry about.

"For cardiac arrest, even if it is rescued immediately, the mortality rate is as high as 50% or more. Even if it is rescued by medical workers, the mortality rate is also very high, let alone non-medical workers?" He said that there must be a legal basis to let Everyone can rest assured and boldly implement the treatment, and if it fails, they will not bear the corresponding legal responsibility.

In addition, Yang Jiefu emphasized that the use of simple cardiopulmonary resuscitation and AED should be popularized to everyone in the family, including the nanny at home, because they may be the first to find out when the patient is sick.

"Especially for young people, the heart function is better. If there is a regular emergency program, especially AED equipment, the success rate of treatment should be very high." He said.