On the 22nd, when I was short of breath, there were a lot of negatives in the heat battle… The policy is 'disappearing'

During the 22-day period from the 15th of last month to the 8th of March, during the official election campaign period, the presidential candidates of the ruling and opposition parties literally ran out of breath. However, it was also pointed out that policy verification was missing amidst the rampant negative workshops. 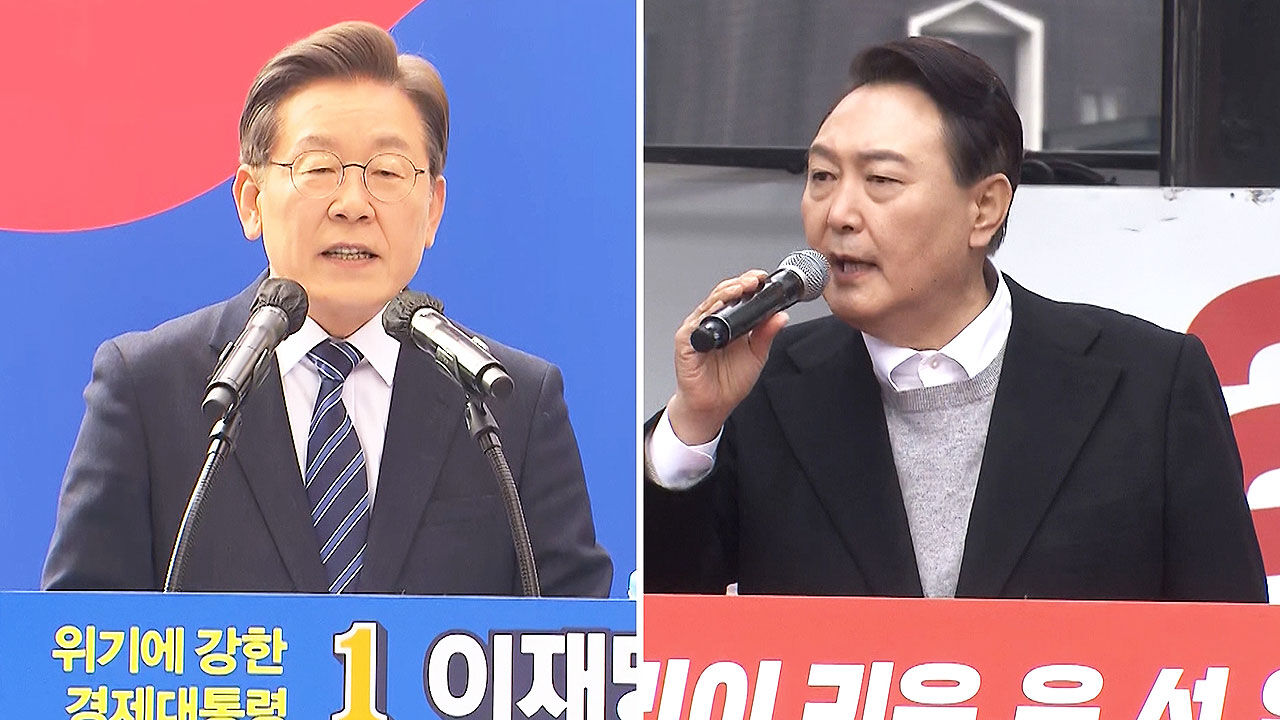 During the 22 days from the 15th of last month to the 8th of March, during the official election campaign period, the presidential candidates of the ruling and opposition parties literally ran out of breath.

However, it was also pointed out that policy verification was missing amidst the rampant negative workshops.

On the 15th of last month, when the official campaign for the 20th presidential election began, Democratic Party candidate Lee Jae-myung was a competent economic president, and People's Power Candidate Yoon Seok-yeol shouted the theory of regime judgment and foretold 22 days of fierce competition

[Lee Jae-myung / Uo also Democratic Party presidential candidate (last month) 15th): The commander-in-chief of overcoming the crisis, a competent economic president that saves the economy, and a president of unification, everyone!]

[Yoon Seok-yeol/President-elect (15th of last month): This election is painfully painful for the people due to corruption and incompetence. This is an election to judge the Democratic Party regime that was created.]

Two candidates, Jae-myung Lee and Seok-yeol Yoon, strongly criticized the current government's real estate policy and risked their lives to capture the votes of the floating population in the metropolitan area.

On the one hand, Candidate Lee visited the Yeongnam region and Candidate Yoon visited the Honam region one after another, focusing on raising the vote rate in each other vulnerable areas.

[Lee Jae-myung / Democratic Party Presidential Candidate (24th of last month): How does a person who promotes a war crisis talk about Roh Moo-hyun and Kim Dae-jung, everyone!]

[Yoon Seok-yeol/President-elect (last month 24): They say it is democracy only by mouth, but the way of thinking of these people is anti-American, pro-China, and pro-North Korea.

The two candidates continued a battle of truth over the suspicion of preferential treatment for Daejang-dong and the manipulation of the Deutsche Motors stock price.

Following the unification with Candidate Jae-myung Lee and Dong-yeon Kim, the day before the early voting, the resignation of Ahn Cheol-soo, the leader of the People's Party, led to the unification of opposition candidates.

As the policy and vision competition disappeared while the two camps were preoccupied with scolding each other, the 20th presidential election received the stigma of being the most unfavorable election ever.