The Supreme Court has arranged it! Severely punish crimes such as buying abducted women and children

China News Service, Beijing, March 8th. On the morning of the 8th, the fifth session of the 13th National People's Congress held the second plenary meeting to listen to the work report of the Standing Committee of the National People's Congress and the work report of the "two highs".   Punish corruption crimes in accordance with the law, comprehensively strengthen the protection of the rights a 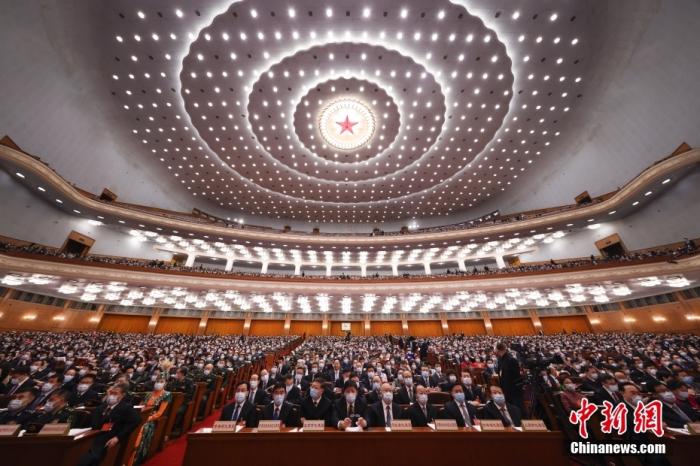 Punish corruption crimes in accordance with the law, comprehensively strengthen the protection of the rights and interests of women and children, use judicial judgment to promote the truth, the good and the beautiful, flog the false and the ugly, and protect the safety of the dining table. These important messages are conveyed in the work report of the Supreme Court.

On March 8, the second plenary session of the Fifth Session of the Thirteenth National People's Congress was held in the Great Hall of the People in Beijing.

Our country is one of the safest countries in the world

In 2021, the people's courts will conclude 92,000 criminal cases such as online pyramid schemes, online gambling, and illegal use of information networks.

49,000 cases of serious violent crimes such as homicide, arson, and robbery were concluded.

Eight types of major criminal cases continue to be at a low level, and the proportion of total criminal cases has steadily declined. my country is one of the safest countries in the world.

Qin Guangrong and other 14 former central management cadres were tried

Punish corruption crimes in accordance with the law.

The trial of 14 former central management cadres including Qin Guangrong and Wang Fuyu demonstrated the firm determination of the CPC Central Committee to uphold discipline, fight corruption and punish evil.

Carry out a joint investigation of bribery and bribery, recover illegal profits from bribery in accordance with the law, and cut off the interest chain of "hunting" corrosion and power and money transactions.

Intensified efforts were made to recover the illicit money from duty-related crimes, with 59.66 billion yuan actually recovered.

Resolutely opposed domestic violence, severely punished the perpetrators in accordance with the law, worked with the All-China Women's Federation to promote the implementation of personal safety protection orders and issued 3,356 protection orders to comprehensively strengthen the protection of women and children's rights and interests.

Strengthen judicial protection for the elderly, and implement the rules for visiting the elderly in judgments.

Crimes that challenge the bottom line of law and ethics, such as the maiming of women, children, and the elderly, should be sentenced to death if the crime is considered a crime, and the death penalty shall be sentenced and approved according to law, and the authority of the rule of law shall be resolutely safeguarded.

In 2022, the protection of the rights and interests of women, children, the elderly and the disabled will be strengthened.

Let the public no longer worry about their "face"

Those who infringe on personal information and incite online violence, insult and slander shall be investigated for criminal responsibility according to law.

Promote the truth, the good and the beautiful, and flog the false and the ugly through judicial judgment.

Hear the case of infringement on the honor of Academician Yuan Longping, and resolutely safeguard the dignity of the Republic's meritorious service.

Hearing the case of a girl who is helpful to others and causes injury, it is

Hearing the claim of the community security for sending the elderly to medical treatment, and dismissed the unreasonable compensation request.

Trial the case of the trafficker's escape and fall injury claim, and ruled that the chaser was not responsible.

In the trial of the high-speed rail Bapu case, it was judged that there was no need to take responsibility for exposing uncivilized behavior in public places.

Through a series of judicial decisions, encourage advocating heroes, helping neighbors, helping others, volunteering, and monitoring by public opinion,

, and let the general public know what a rule of law society advocates, what it opposes, what is forbidden.

"Touching porcelain rights" is not protected

Maintain fair competition in the market.

It is clear that "police-touching rights protection" such as "green pepper" is not protected.

criminals who produce and sell "

Keep the bottom line of people's livelihood and safety.

The number of casualties caused by high-altitude parabolic objects has been greatly reduced, and the safety of the masses is more secure.

Severely punish fraudulent crimes such as "housing for the elderly", health care products for the elderly, routine loans, campus loans, etc., and maintain the safety of the people's property.