China News Service, March 8 (Reporter Meng Xiangjun) With the continuous advancement of Russia's special military operations in Ukraine, some "secrets" in Ukraine have gradually begun to be discovered.   According to the Russian Ministry of Defense, the Pentagon was "particularly afraid" of one thing being disclosed, but Russia decided to disclose the actions of the United States after the inve 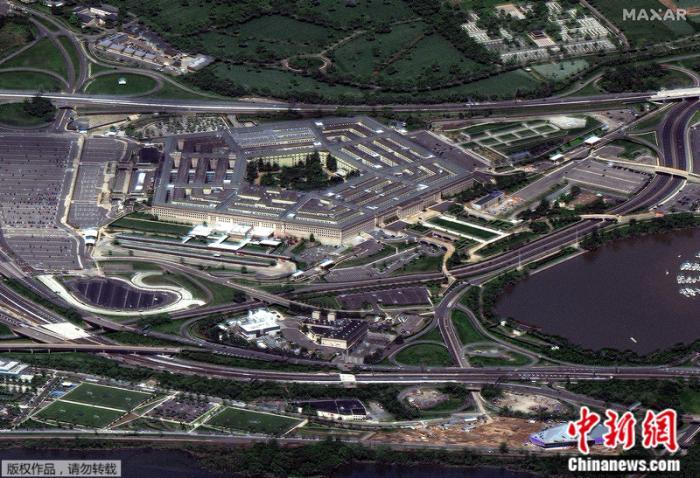 China News Service, March 8 (Reporter Meng Xiangjun) With the continuous advancement of Russia's special military operations in Ukraine, some "secrets" in Ukraine have gradually begun to be discovered.

According to the Russian Ministry of Defense, the Pentagon was "particularly afraid" of one thing being disclosed, but Russia decided to disclose the actions of the United States after the investigation was completed.

Konashenkov said: "We received documents from the Ukrainian biological laboratory staff on February 24 for the urgent destruction of the pathogens of plague, anthrax, tularemia, cholera and other dangerous diseases."

He pointed out that "with the start of the special military operation, the Pentagon is particularly afraid of the disclosure of secret biological experiments in Ukraine."

The documents are being analyzed by experts from the Russian radiation, chemical and biological protection forces and will be made public after the analysis is complete.

It was previously circulated on the Internet that the U.S. embassy in Ukraine “deleted documents related to the opening of biological laboratories in Kyiv and Odessa by the United States from its official website” due to “fear of Russian discovery”.

The news released by the Russian side seems to confirm this.

After the Russian army entered Ukraine, on February 25, Robert Pope, the project leader of the US "Biological Synergy Program", also made an urgent statement, saying that the biosafety personnel in the laboratory in Ukraine had lost contact.

If the power cannot be guaranteed, the dangerous pathogens originally stored in the frozen state may heat up and leak, causing infection in the surrounding areas.

[The most feared secret of the Pentagon?

If this is the case, then the secret that the United States does not want to expose is still "caught" by the Russian side.

Introduction to the Biological Threat Reduction Program on the U.S. Embassy in Ukraine website.

Image source: Screenshot of the website of the U.S. Embassy in Ukraine.

According to reports, the US "Bio-Synergy Program" project belongs to the US Department of Defense Threat Reduction Agency (DTRA), and the Pentagon invested 2.1 billion US dollars to control it.

The project enables the United States to cooperate with dozens of countries and regions around the world, aiming to respond to the threat of infectious disease outbreaks, strengthen and repair biological experimental facilities, conduct biological risk management, and deal with biological and chemical weapons.

How the project is progressing has been kept secret by U.S. officials.

The reporter also noticed that there are few discussions on this matter in the mainstream US media.

USA Today is a complicated exception.

On February 25, 2022, it issued a document refuting the adverse allegations, arguing that the U.S. government has cooperated with Ukraine since 2005 to "prevent the spread of dangerous pathogens and minimize potential biological threats."

However, in 2015, the same American media reported hundreds of laboratory errors since 2003, leakage of dangerous materials, endangering the safety of staff, etc., and questioned its reliability.

The international community has always questioned the US practice of opening a large number of secret biological laboratories overseas.

In 2019, Armswatch, an independent news investigation agency, revealed that the U.S. military has set up hundreds of biological laboratories around the world, mainly in Southeast Asia, Africa and the former Soviet Union countries, including Georgia, Kazakhstan, and Ukraine.

Russian officials believe that the United States has 15 secret biological laboratories in Ukraine, and Georgia has three laboratories and a research network of 11 small institutes.

One of the US military's biological laboratories is located in Kharkiv, Ukraine's second largest city.

The documents obtained by the Russian army this time came from places such as Kharkiv.

On March 2, local time, near the police station in Kharkiv, Ukraine, there were wolves on the streets.

In January 2016, 20 local Ukrainian soldiers died of a flu-like virus in just two days, and another 200 were hospitalized.

Two months later, more than 300 infections were reported across Uzbekistan, 81% of whom died from infection with influenza A (H1N1) pdm09 virus.

In April 2020, several members of the Ukrainian Verkhovna Rada (Parliament) requested an investigation into the domestic laboratory, saying that the incidence of unidentified serious infectious diseases continued to rise, and there was reason to believe that there were "opaque" biological research activities from foreign countries in the country. conduct.

The Pentagon's Lugar Center for Public Health Research in Georgia is even more notorious.

The agency launched an anthrax vaccine trial in 2013, leading to an outbreak of anthrax in Georgia.

Later, the agency also caused termite infestation in Tbilisi, the capital of Georgia, and its surrounding areas due to its research on termites.

At the end of 2018, Russia also discovered that the United States was trying to build a biological laboratory in the Crimea region.

However, many of the above news have not been confirmed by the United States.

The reporter searched and found that Armswatch, an independent news investigation agency that had exposed the United States, released a new message on January 25, 2022, saying that the leaked documents showed that the United States had collected blood samples from 4,400 Ukrainian soldiers and 1,000 Georgian soldiers for biological analysis. experiment.

1,000 Georgian soldiers and blood samples collected under the project were used for antibody testing against 14 pathogens including Bacillus anthracis, Hantavirus, Salmonella typhi, and West Nile virus.

Although just donating 10 milliliters of blood to draw should not cause death, the report noted that it was unclear whether the U.S. experiment included other unknown procedures.

The document mentions that in the event of a volunteer death, the incident must be reported to the Georgia Military Hospital and the Walter Reed Army Research Institute within 48 hours.

The Walter Reed Army Research Institute is the largest biomedical research facility managed by the U.S. Department of Defense.

It is said that the US Department of Defense project documents mentioned words such as "such as the death of volunteers".

In addition, the report pointed out that the results of the blood test were not communicated to the experimental participants.

According to the U.S.-Ukraine agreement, Uzbekistan is responsible for third-party claims for death and injury cases in Uzbekistan due to the work of U.S. employees under the agreement.

Back in the United States, what was on the cusp of public opinion was the Fort Detrick base, the base of American biological militarization activities.

The base was the location where the U.S. military chose to secretly launch germ warfare more than 70 years ago. It inherited the demonic legacy of the "731 Unit" of the Japanese invaders. It was the secret chemical experiment and mind control experimental base of the CIA.

The base continues to develop and store biological warfare agents.

"The Secret History of Fort Detrick, Home of the CIA's Mind Control Experiment."

Illegal, opaque and insecure, the international community has long been concerned about the activities of the base.

Here are a few unsafe incidents at Fort Detrick:

● In 2001, an anthrax letter attack occurred in the United States that killed 5 people and infected 17 people. The suspect came from the Army Medical Research Institute of Infectious Diseases at the base.

●In 2014, DePauw's biological research institute had loopholes in its handling of toxic substances, causing the local trichloroethylene content to rise to 42 times the standard level, and was prosecuted.

●In 2015, 106 families and individuals in Frederick County, Maryland, filed a class action lawsuit against the DePauw base for the production of hazardous substances and caused casualties, demanding $750 million in compensation.

The U.S. government and the Army deny wrongdoing.

●In July 2019, the P4 laboratory of the DePauw Army Medical Research Institute of Infectious Diseases was found to have serious violations and was ordered to close by the US Centers for Disease Control and Prevention; in November, its activities were restarted, but the rectification situation was not announced.

The U.S. side believes that a lot of information is just outsiders "seeking shadows".

Well, at least one fact is irrefutable - the United States is the only country so far that has blocked the resumption of negotiations on a verification protocol to the Biological Weapons Convention.

The international community strongly condemned this.

The United States has refused to sign the relevant draft of the Biological Weapons Convention since 2001, and has tried every means to obstruct the progress of the Convention, which has 183 signatories.

The US reason is that international verification in the biological field may "threaten US national interests and commercial secrets".

Russia believes that the United States is obviously covering up its bad record in the field of biological weapons.

Technicians at the Army Medical Research Institute of Infectious Diseases at Fort Detrick, Maryland, conduct tests in a laboratory.

In July 2021, 32 political parties in Norway, Denmark, Hungary, Poland, Greece, Italy, the United Kingdom, France, Canada and other countries jointly requested the United States to close the overseas US military biological laboratories, but the United States turned a deaf ear.

If not guilty, why is the US worried that its "secrets" in Ukraine will be exposed?

Why has the door been closed to the Biological Weapons Convention?

All kinds of practices want to cover up, how can they hide from the world?