The High Representative of the European Union (EU) for Foreign Affairs, Josep Borrell, assured this Tuesday that the European Commission is working on new proposals to... 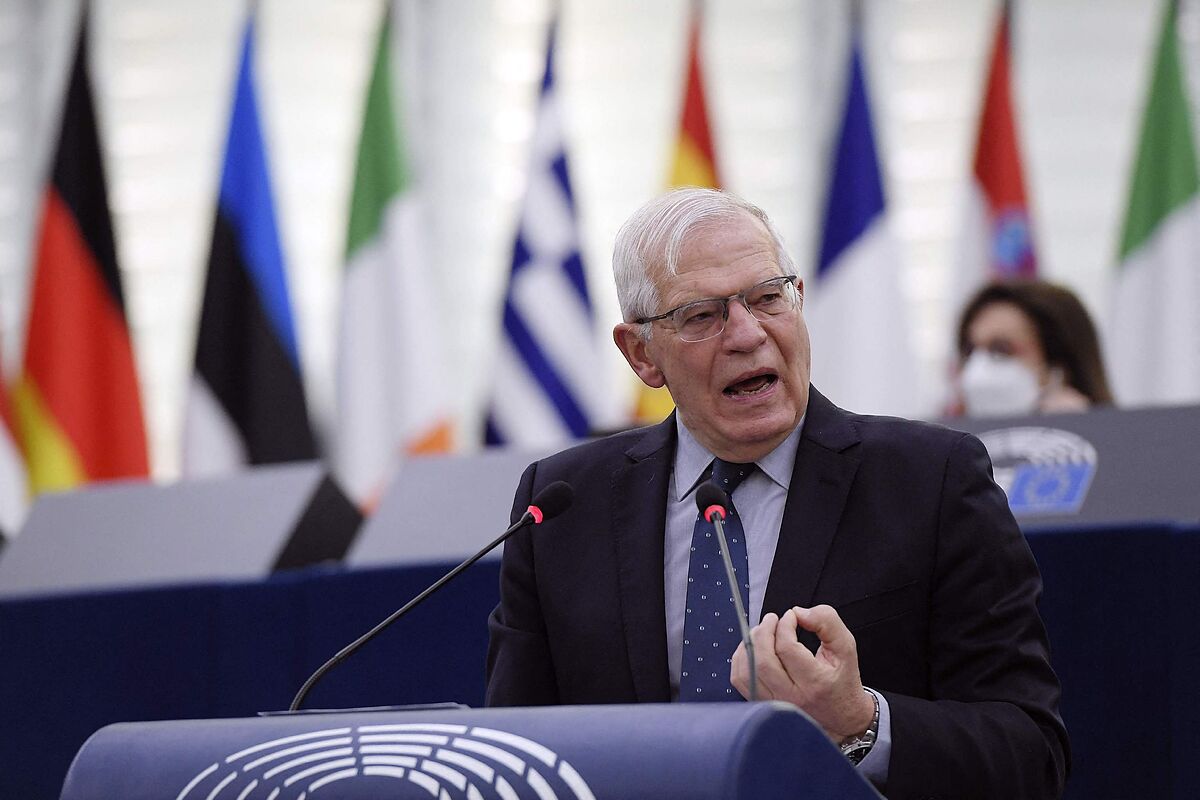 The High Representative of the European Union (EU) for Foreign Affairs, Josep Borrell, assured on Tuesday that the European Commission is working on

and warned that the Kremlin's propaganda machinery is "integral part" of its aggression against Ukraine.

The high representative of the EU advanced that the new mechanism that Brussels will propose, still without a date, "will allow to sanction actors of malign disinformation" and

will form part of a "wider toolbox

" in which work is being done to "strengthen the European capacity to act" in the face of this phenomenon.

The goals of the future proposal, Borrell said, will be to improve "situational awareness" of the disinformation environment,

, ensure "disruption of malign activities" and have a "regulatory response" to them, and continue to include the "information battle" in European foreign policy instruments.

"Information manipulation and interference are something that the Russian propaganda machine actively uses, accompanying its military campaign in Ukraine,

and what is the situation in Ukraine," Borrell said.

The head of European diplomacy

also justified the suspension of RT and Sputnik broadcasts

in the European Union and recalled that both platforms are "foreign actors that intentionally and in a coordinated manner manipulate the European information environment."

"We have to defend that the information is a protected asset. When you go to buy meat at the supermarket, you have guarantees about the quality of the product to prevent consuming it from causing a disease.

There must also be guarantees so that the information is not an element that contaminates the mind".

The media in the Kremlin sphere, Borrell stressed, have long "prepared the ground" and painted Russia and its citizens as victims or Ukrainian President Volodimir Zelensky as a Nazi, a puppet of the West or a genocide.

The MEP who produced the report, the popular Latvian

, also agreed that "Putin's propaganda machine did not turn on on February 24", the day of the invasion of Ukraine,

and urged that democratic societies wonder "how did you get to this point".

In addition, he urged online and tech platforms to "take an active role" in "suspending all accounts that deny, glorify and justify Putin's aggression":

"any platform that gives space to Putin's propaganda or complies with its requests for censorship, it is complicit in the aggression"

against Ukraine, he warned.

The Community Vice President for Values ​​and Transparency,

, also pointed out that Russia "was systematically preparing" for this invasion with an "already known manual" and recalled that the European Commission has been working for some time on measures such as the code against disinformation, in this currently under reform, or the future directive on freedom of the press.

" in order to "inflate the threats of Russian and Chinese interference".

's entourage revealed by the

The Spanish deputies of this group (Unidas Podemos and Bildu) confirmed to Efe that they have not promoted the amendment, while sources of other nationalities within the political family agreed that

each deputy has individual capacity to present amendments

without this meaning that the whole group agrees.

Daly has sympathized in recent years with Catalan pro-independence MEPs in the European Parliament and has participated in events organized by them.

For her part, the Spanish MEP

, where our democratic systems are challenged and torpedoed".

"It happens when secessionist movements, such as in Catalonia, and populist movements, from the left and right, join forces with those who want to misinform and deceive, to advance their agenda, whoever falls," stressed the MEP.

EnergíaRibera rectifies after being disavowed by Sánchez and accepts more gas pipelines: "Accelerating interconnections is key"