In Malaysia, the windfall of cryptocurrencies often rhymes with theft of electricity

While bitcoin is turning heads all over the planet, Malaysia has in its sights the energy gluttony of this cryptocurrency which leads some into illegality, with nearly… 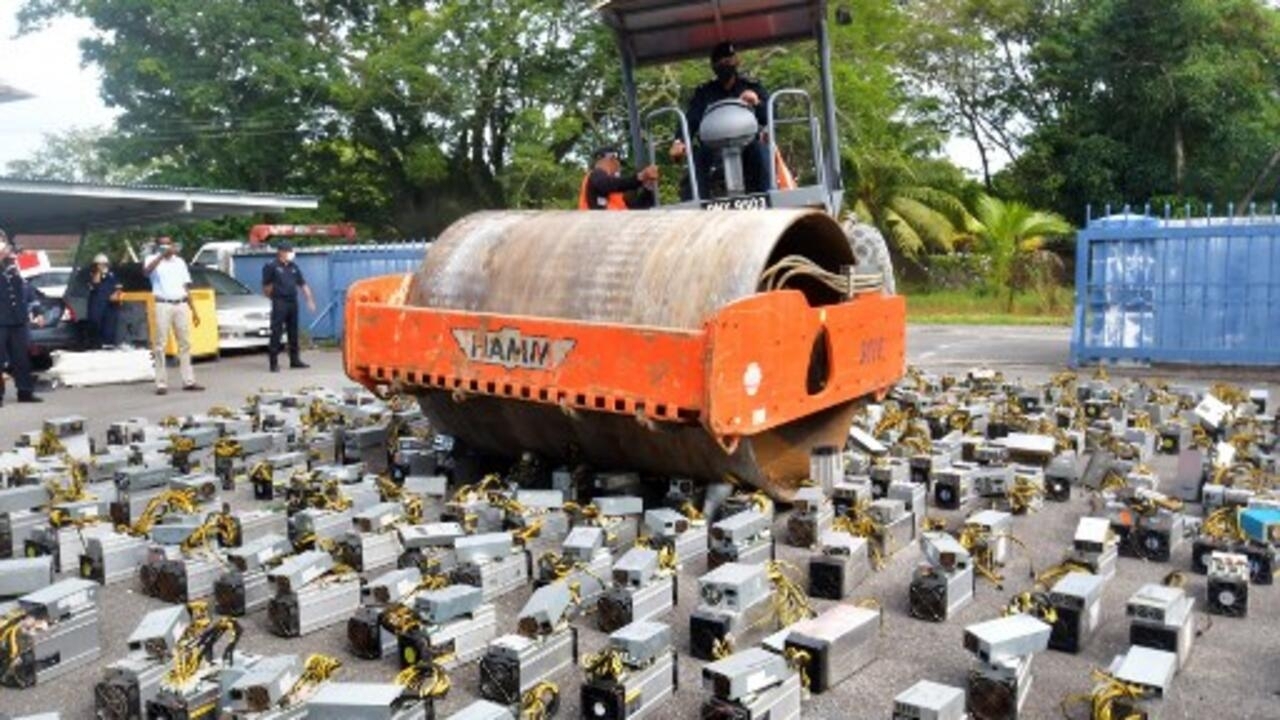 In Malaysia, the windfall of cryptocurrencies often rhymes with theft of electricity

Police in the city of Miri destroy power-hungry machines used to “mine” bitcoin.

While bitcoin is turning heads all over the planet, Malaysia has in its crosshairs the energy gluttony of this cryptocurrency which is driving some into illegality, with nearly 500 million euros of public electricity stolen in the last four years. .

From our correspondent in Kuala Lumpur

They are called cryptocurrency miners, but sometimes they are also electricity thieves.

Behind this new profession are no longer hiding gold diggers but almost, since these 21st century miners extract bitcoins.

To understand the excitement aroused by this unprecedented profession, you should know that when this revolutionary cryptocurrency was launched, its creator, the anonymous Satoshi Nakamoto, had immediately announced that the number of bitcoins would be limited to 21 million.

Thirteen years after this announcement, 19 million are already in circulation worldwide.

But for miners to get new bitcoins, however, the task is increasingly complex, since it requires being the first among all the miners in the world to be able to solve a series of complex equations.

Independent of states and central banks

This way of "mining" a bitcoin has allowed cryptocurrency since its inception to guarantee its security at the same time, because the mathematical problems solved by the miners participate in the development of its blockchain, a kind of immense digital account book and public of all transactions, updated regularly which allows bitcoin to be both secure and independent of states and central banks.

With a price of this cryptocurrency which has soared in recent years, mining has therefore become an increasingly attractive financial windfall.

But while the number of miners increases considerably, the equations to be solved become more complex and require ever more powerful and energy-consuming computers to be able to hope to solve them in record time.

A vicious circle that today causes surreal scales of magnitude: bitcoin mining consumes as much electricity as a country like the Netherlands.

In Malaysia, this bitcoin energy greed is starting to cause serious problems.

Despite its modest population, this southeastern country is indeed 6th in the world ranking of mining.

A place obtained in particular thanks to the trade war between China and the United States, explains Azam Roslan, Malaysian specialist in bitcoin mining for the Wattum group.

“In order to avoid alienating American buyers, a major manufacturer of ASICs (integrated circuit intended for mining) has set up factories in Malaysia rather than China.

But one thing is more expensive in Malaysia: electricity.

And since bitcoin fever gripped the country, it's largely been to the detriment of power grids, with the past four years seeing a 400% increase in the theft of public electricity by miners, a lack of win amounted to around 500 million euros for the national electricity company.

In Malaysia, the price of electricity is high compared to easily accessible countries for mining such as the United States and Russia

So most of our local miners unfortunately resort to electricity theft to maintain profitability.

To my knowledge, this scourge currently only affects Malaysia, but I would not be surprised if there were cases elsewhere in the world

flush out these new electricity thieves

, Malaysian police are now using drones that spot suspicious heat spikes in the air beneath which can sometimes be found in a hangar with dozens and dozens of computers overheating to solve math problems. , and therefore earn bitcoins.

But the enemies of bitcoin are not only in the ranks of the Malaysian police now.

Globally, there are growing concerns about its harmful impact on the planet, especially in China, a former pioneer in the sector where mining depended on coal-fired power plants, until Beijing banned the year this activity, in particular because of its very poor energy balance.

In Malaysia, the energies that drive bitcoin mining are not very clean either, since the country's electricity comes overwhelmingly from hydrocarbons and coal.

On the side of the United States, the new number 1 in mining, some are betting, for example, on solar energy and wind turbines to build huge bitcoin mining farms in Texas, and claim a cleaner cryptocurrency.