How to solve the problem of "one old and one small" in China's population? 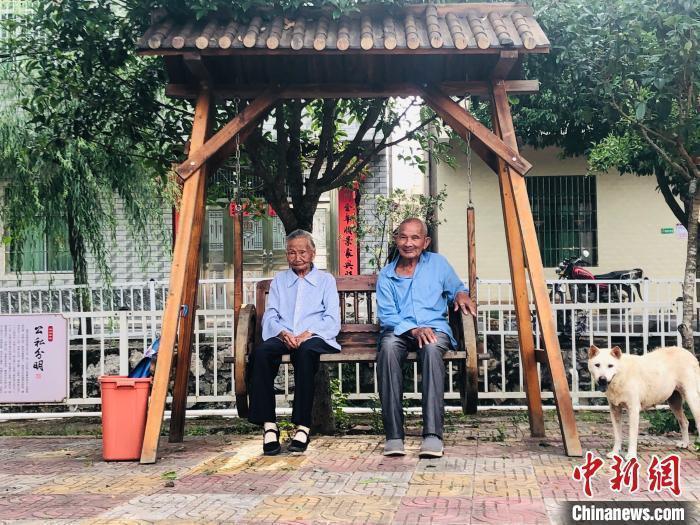 (Observation of the Two Sessions) How to solve the problem of "one old and one small" in China's population?

China News Agency, Beijing, March 8th: How to solve the problem of "one old and one small" in China's population?

China's population over the age of 60 is approaching 300 million, accounting for more than 20% of the national population during the "14th Five-Year Plan" period. At the same time, the total fertility rate of women of childbearing age has long been below the warning line, which is far from the natural population replacement rate.

How to solve the two major problems of "one old and one small"?

This is a topic of people's livelihood that is of particular concern to the deputies to the National People's Congress and members of the Chinese People's Political Consultative Conference.

How to achieve happiness in old age?

At present, the core of China's policy to deal with the "one old" problem can be summarized as "active aging concept" and "healthy aging".

In the second "member channel" of the National Two Sessions, member Huang Gairong, director of the Department of Geriatrics of Henan Provincial People's Hospital, said that the health of the elderly is not about getting sick, but controlling and recovering after illness.

Achieving a "sick-free, lonely, and fun" old age, he said, requires extending health care to the community and family.

He also encouraged the elderly to carry out active chronic disease management.

Outside of urban areas, the rural pension system has more obvious shortcomings.

He Wei, chairman of He's Ophthalmology Group, suggested that private enterprises, private capital and the government should be encouraged to cooperate and introduce market mechanisms to participate in the operation and management of rural elderly care services.

How to solve the worries of childbirth?

Previously, it was suggested by public opinion that adopting a "package" policy of fertility, parenting, and education (three educations) could effectively prevent the aging trend of declining birthrates from solidifying.

Fu Zhenbang, member of the Secretariat of the Central Committee of the Communist Youth League, made a speech at the conference, echoing this view.

In response to the "small" new demand, China's recent support measures have continued to focus on reducing high costs.

Data map: Infants and young children interact with games under the guidance of teachers.

Cai Fang, deputy director of the National People's Congress Agriculture and Rural Committee and chief expert of the National High-end Think Tank of the Chinese Academy of Social Sciences, said that the implementation of the "three-child" policy must be supplemented by supporting facilities, and real money should be used to reduce the cost of "three-child education".

Zhou Licheng, a deputy to the National People's Congress, suggested that the tax threshold should be substantially increased for families with three or more children.

The economic subsidy policy can be implemented differently according to the regional economic level and fertility willingness.

What to do in the next ten-year window period?

Some experts say that China's aging and low birthrate trends have not yet solidified, and the next ten years will be an important window period.

The implementation of the national strategy proposed by the central government to actively respond to population aging includes not only respecting the elderly, loving the elderly, and helping the elderly, but also measures to promote the willingness to raise fertility.

The potential of China's fertility rate recovery lies in many aspects, Cai Fang pointed out, such as the driving force of economic and social development, population life expectancy, years of education, rising living standards, and improving gender equality.

To build a fertility-friendly society, He Dan, director of the China Population and Development Research Center, solved the problem with "family-friendly".

She pointed out in a recent interview that the establishment of a supporting system for childbirth is a systematic remodeling, a concept of "a whole life cycle", which not only provides support for the childbearing stage, but also strengthens family functions through policies.