Floods in Australia: 20 dead and thousands forced to evacuate

The next 48 hours will be "difficult", warned the meteorological services. In one week, the floods that hit the east coast of Australia killed 20 people. Tens of thousands of people must evacuate in view of these new heavy rains and flash floods. 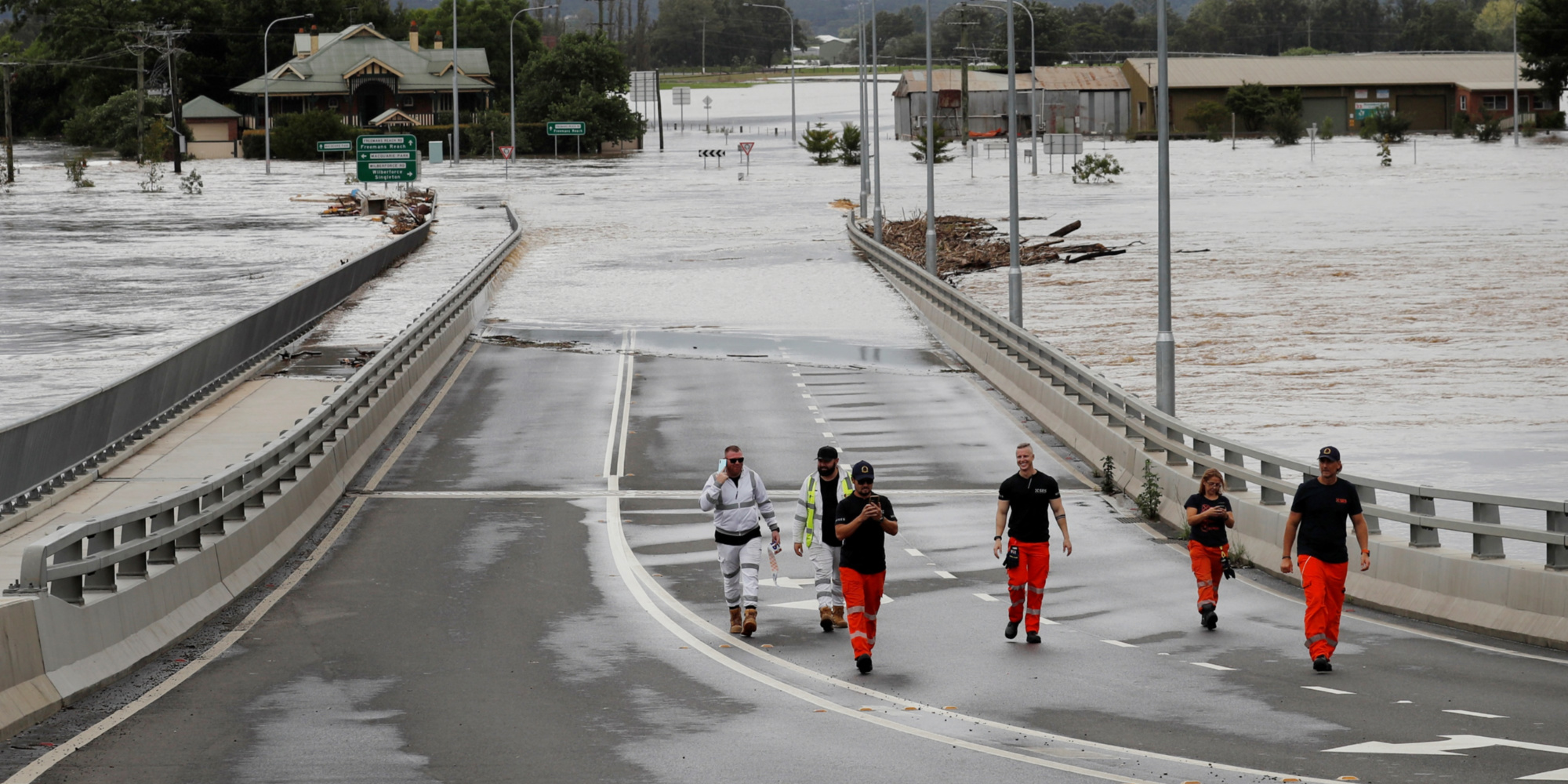 The next 48 hours will be "difficult", warned the meteorological services.

In one week, the floods that hit the east coast of Australia killed 20 people.

Tens of thousands of people must evacuate in view of these new heavy rains and flash floods.

Floods that have hit the east coast of Australia for a week have killed 20 people, authorities announced on Tuesday after the bodies of a woman and a man were discovered in Sydney where tens of thousands of people must evacuate. prospect of further heavy rainfall and flash flooding.

The bodies found are said to be those of the two people who have been wanted since their car was found in the middle of floodwaters, according to police.

The next difficult 48 hours

The torrential rains that battered Sydney submerged bridges, flooded homes, swept away cars and the roof of a supermarket collapsed.

The next 48 hours will be "difficult", warned the meteorological services.

Some 60,000 residents of Australia's largest city were told to evacuate their homes on Tuesday, ahead of flash flooding in many parts of the city, according to emergency services.

- Tens of thousands of Australians asked to flee the floods

The Manly dam, in the north of the city, began to overflow on Tuesday and 2,000 residents were asked to evacuate.

In the suburb of Georges Hall, located on the edge of a river, vehicles were half submerged and the police had to rescue people trapped in their cars by the sudden rise in water.

Rescue services were stretched to the limit on Tuesday as torrential rains and violent storms continued to sweep through the state of New South Wales for the second week in a row.

The equivalent of fires

Flood alerts have been issued along all of the state's 2,000 kilometers of coastline.

These floods are "the aquatic equivalent of the unprecedented forest fires" that ravaged Australia for months in 2019 and 2020, Phil Campbell, spokesman for the emergency services, told AFP.

The violent weather, which began last week, caused damage to property and wildlife similar to that caused by these fires, he added.

"They have the same consequences for the population: closed roads, damaged infrastructure and power cuts," he said.

In the past 24 hours, rescuers have received around 100 calls for help and this figure was expected to rise on Tuesday.

In northern Sydney, researchers were evacuated from their lab when water from the nearby Manly Dam began to spill.

The University of New South Wales uses the water from this reservoir to carry out large-scale experiments on flood scenarios over 100 to 1,000 years.

"Ironically, the conditions were just outside," Mitchell Harley, a researcher, told AFP.

When he arrived at work, the waters were rising, but the downpour quickly caused "significant flooding" in the premises, unheard of "in the laboratory's 60 years of existence", he said. -he says.

According to him, the floods of recent days demonstrate the need for Sydney to take into account the impact of climate change on this coastal city of more than five million inhabitants.

"We have a lot of aging infrastructure in Sydney that was designed for historic flooding," he said.

"Much of it needs to be re-evaluated in the context of climate change."

In northern New South Wales, flooding has destroyed homes, swept away cars and forced hundreds of residents to their roofs.

In the Northern Rivers region, 800 people are housed in emergency structures, said Charlene York, commissioner in the state emergency services.

Nearly half of the 5,000 homes devastated by flooding following the disaster are now uninhabitable.

Mullumbimby, a city located south of Brisbane, has been cut off from the rest of the world for several days, without telephone, internet or any outside help, resident Casey Whelan told AFP.

"A lot of people on my street cannot be compensated by insurance (...) they will have no way to rebuild," he lamented.

Australia has been hit hard in recent years by climate change: droughts, deadly bushfires and floods are becoming more frequent and intense.