People's Power Presidential Candidate Yoon Seok-yeol is holding his final campaign in front of Seoul City Hall after crossing the country from Jeju Island to Seoul today. Candidate Yoon visited the southern part of Gyeonggi Province yesterday and focused on the suspicion of the development of Daejang-dong. 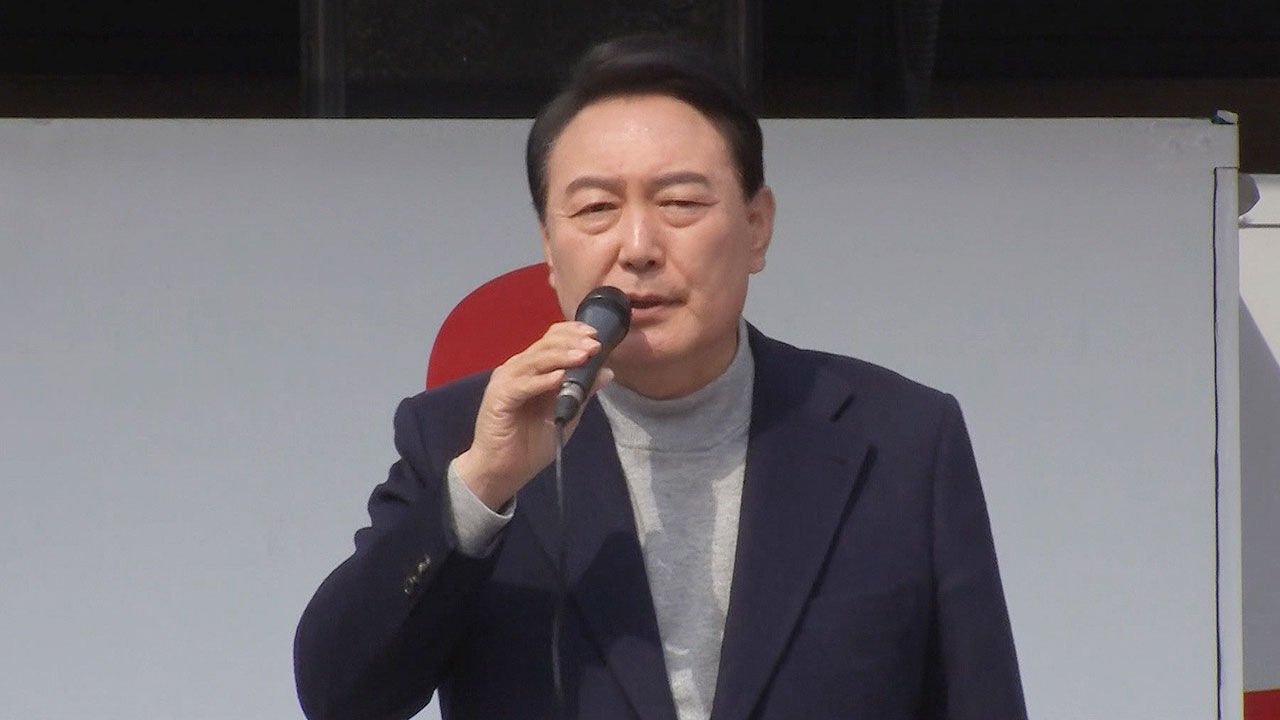 The People's Power Presidential Candidate Seok-Yeol Yoon, who crossed the country from Jeju Island to Seoul today (8th), will hold a final campaign in the square in front of Seoul City Hall.

Candidate Yoon visited the southern part of Gyeonggi Province yesterday and focused on the suspicion of the development of Daejang-dong.

Next is reporter Kim Hyung-rae.

Today, the last day of the election campaign, Candidate Seok-Yeol Yun for People's Strength is marching up the Gyeongbu Line, departing from Jeju Island and going up through Busan, Daegu and Daejeon.

After that, he held a final campaign in the plaza in front of Seoul City Hall and went around the university entrance area and Gangnam Station until midnight to appeal for one last vote.

Aiming at Candidate Jae-myung Lee and the Democratic Party, the corrupt forces savagely say they are not qualified to hold public office, the people's errand.

[Yoon Seok-yeol / People's Power Presidential Candidate: A corrupt servant is not a servant.

In the Joseon Dynasty, you have to be beaten and kicked out, right?]

In particular, he emphasized the suspicion of Daejang-dong development one after another and started to shake the votes in Gyeonggi-do, the political base of Candidate Lee Jae-myung.

[Yoon Seok-yeol/People's Power Presidential Candidate: If such a corruption case occurs, no, the mayor is the body, and the person in charge is the body?]

This is a strategy to focus on morality against the 'competence versus incompetence' scheme proposed by this candidate.

Ahn Cheol-soo, the leader of the People's Party, who has been campaigning for support for the second time since unification following the unification on the 5th, also helped out that a government that does not know shame does not deserve to have a government.