The Fifth Session of the 13th National People's Congress held a press conference at 3 pm on March 7 in the press conference hall of the Great Hall of the People, inviting State Councilor and Foreign Minister Wang Yi to answer questions from Chinese and foreign journalists on issues related to "China's foreign policy and foreign relations".   Reuters: The Russian military's operations in Ukraine 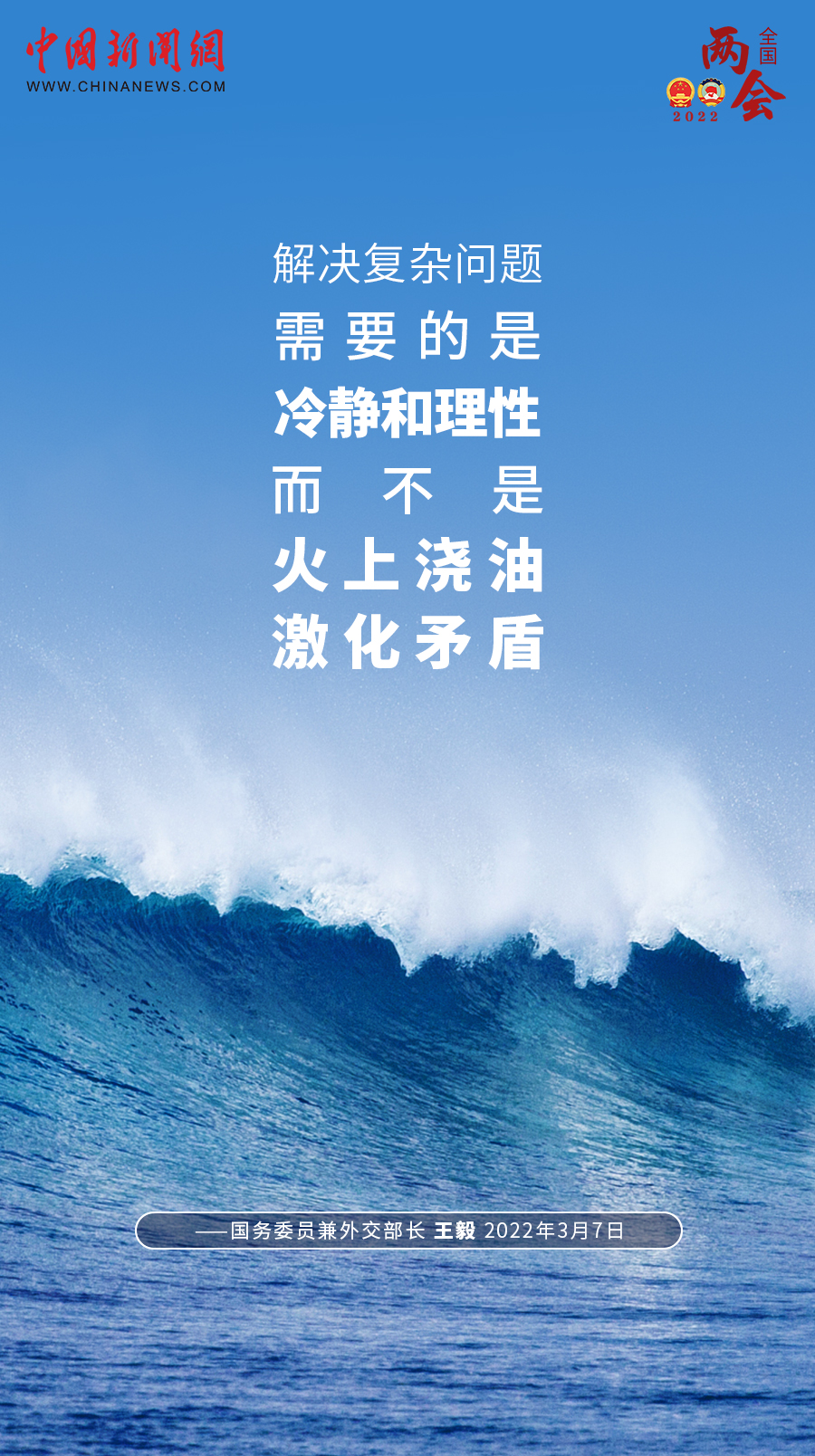 The Fifth Session of the 13th National People's Congress held a press conference at 3 pm on March 7 in the press conference hall of the Great Hall of the People, inviting State Councilor and Foreign Minister Wang Yi to answer questions from Chinese and foreign journalists on issues related to "China's foreign policy and foreign relations".

Reuters: The Russian military's operations in Ukraine have expanded to non-military facilities, killing many civilians and generating 1.5 million refugees. Is China disappointed by this?

Why hasn't the Chinese side described this as an invasion.

Are you worried that China's refusal to condemn Russia will damage its own international status?

Can China do more, including by leveraging its partnership with Russia and President Putin to help resolve the conflict?

Wang Yi: The situation in Ukraine is the issue that the international community is most concerned about. China has stated our position on many occasions. We have always acted objectively and impartially, and made judgments and assertions independently based on the merits of the matter.

It should be seen that freezing three feet is not a cold day.

The situation in Ukraine has developed to this day for complicated reasons.

Solving complex problems requires calmness and rationality, rather than adding fuel to the fire and intensifying conflicts.

China believes that in order to resolve the current crisis, we must adhere to the purposes and principles of the UN Charter, respect and protect the sovereignty and territorial integrity of all countries; we must adhere to the principle of indivisibility of security and accommodate the legitimate security concerns of the parties; We must focus on the long-term stability of the region and build a balanced, effective and sustainable European security mechanism.

Wang Yi: At present, the international community should focus on two major issues and continue to make efforts.

China has done some work in this regard and has been in close communication with all parties.

On the second day of the conflict, when President Xi Jinping had a phone call with President Putin at the request, he suggested that we would like to see Russia and Ukraine have peace talks as soon as possible.

Russia and Ukraine have had two rounds of talks, and we hope that the upcoming third round of negotiations will make new progress.

The Chinese side believes that the tighter the situation, the more unstoppable the peace talks will be; the greater the differences, the more need to sit down and negotiate.

China is willing to continue to play a constructive role in promoting peace talks, and is willing to work with the international community to carry out necessary mediation when needed.

China is willing to put forward six proposals in this regard: First, humanitarian action must abide by the principles of neutrality and impartiality, and prevent the politicization of humanitarian issues;

The second is to pay full attention to the displaced people in Ukraine and help them to be properly resettled;

The third is to effectively protect civilians and prevent secondary humanitarian disasters in Uzbekistan;

Fifth, ensure the safety of foreigners in Ukraine, allow them to leave Ukraine safely, and provide assistance for their return;

Wang Yi: China is willing to continue to make its own efforts to overcome the humanitarian crisis.

I also announce here that the Red Cross Society of China will provide Ukraine with a batch of emergency humanitarian aid as soon as possible.