In the past two days, Putin has been "laying out" in a row!

China News Service, March 7 (Zhang Aolin and Li Yuxin) On March 7, Russia and Ukraine plan to hold the third round of negotiations.   Before the negotiations, Russian President Vladimir Putin had successive phone calls with the Turkish and French presidents, and a three-hour face-to-face meeting with Israeli Prime Minister Bennett. FILE PHOTO: Russian President Vladimir Putin.   On the one ha 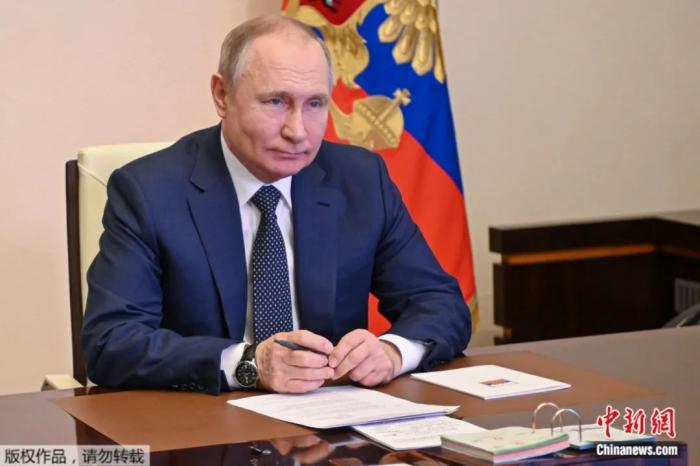 China News Service, March 7 (Zhang Aolin and Li Yuxin) On March 7, Russia and Ukraine plan to hold the third round of negotiations.

Before the negotiations, Russian President Vladimir Putin had successive phone calls with the Turkish and French presidents, and a three-hour face-to-face meeting with Israeli Prime Minister Bennett.

On the one hand, Putin expressed the possibility of resolving the conflict through peaceful talks; but at the same time, he resolutely countered a series of sanctions initiated by the West.

The special military operation has not stopped. Is the third round of negotiations expected to change the situation?

The heavyweight mediator shows up, what message does Putin send to Ukraine

On March 5, Israeli Prime Minister Bennett, as a "heavyweight mediator", went to Moscow to hold talks with Russian President Vladimir Putin for three hours, hoping to mediate the deadlock between Russia and Ukraine.

This is the first time a foreign leader has held face-to-face talks with Putin since the conflict between Russia and Ukraine.

The outcome of the meeting has not yet been announced.

Bennett had a phone call with Ukrainian President Volodymyr Zelensky after the meeting, but it is unclear what kind of message was passed on.

He then traveled to Berlin to meet with German Chancellor Scholz and talk with French President Emmanuel Macron.

He made it clear that Russia is ready to resolve the conflict with Ukraine and foreign partners through dialogue, and any attempt by Ukraine to delay the negotiation process is futile.

In the fourth call, Putin repeated this statement-"The Russian side will continue the dialogue on the premise that the Ukrainian side unconditionally fulfills the Russian side's request".

After a meeting, several phone calls, and in the face of the mediation by leaders of many countries, Putin did not adjust the progress of the Russia-Ukraine negotiations and his remarks on the Ukrainian government.

Although he has always maintained an open attitude towards the negotiations between Russia and Ukraine, Putin has not made any concessions on issues such as the establishment of a no-fly zone in Ukraine that involves Russia's bottom line.

When attending the event on the 5th, Putin said that imposing sanctions on Russia by Western countries is equivalent to declaring war.

He also stressed that setting up a no-fly zone over Ukraine's airspace is tantamount to intervening in the conflict.

On March 1, in the operating hall of a local bank in Moscow, customers were waiting for business.

Not only that, but Putin also made a major decision: allowing Russian states and companies to pay foreign creditors in rubles as a way for the country to avoid default under controls.

Due to the high-pressure sanctions imposed by the United States and other Western countries, the international community has previously worried that Russia will default on a large scale of debt, which will trigger a serious economic crisis.

The US Bloomberg pointed out that Putin's move is aimed at avoiding default and a possible economic crisis while capital controls are still in place.

Russia's special military operation against Ukraine has been proceeding as planned, regardless of whether the talks continue, or Western sanctions.

After the second round of negotiations between Russia and Ukraine, in order to establish a humanitarian corridor, the Russian army entered a "state of silence" for a time, but this move lasted only 8 hours.

On February 24, local time, a military installation near the Mariupol airport in Ukraine caught fire.

On March 3, local time, the second round of negotiations between Russia and Ukraine was held in Belovezh Forest, Belarus.

However, it can be seen from the first two rounds of negotiations that the demands of Russia and Ukraine are worlds apart.

But will Ukraine change its attitude and reach a consensus?

In the fog of conflict, it can be difficult to see the way forward.