Amid the collapse of Russian stocks after the invasion of Ukraine, a stock market expert who appeared on Russian TV shows condolences and is drawing attention by drinking carbonated water. 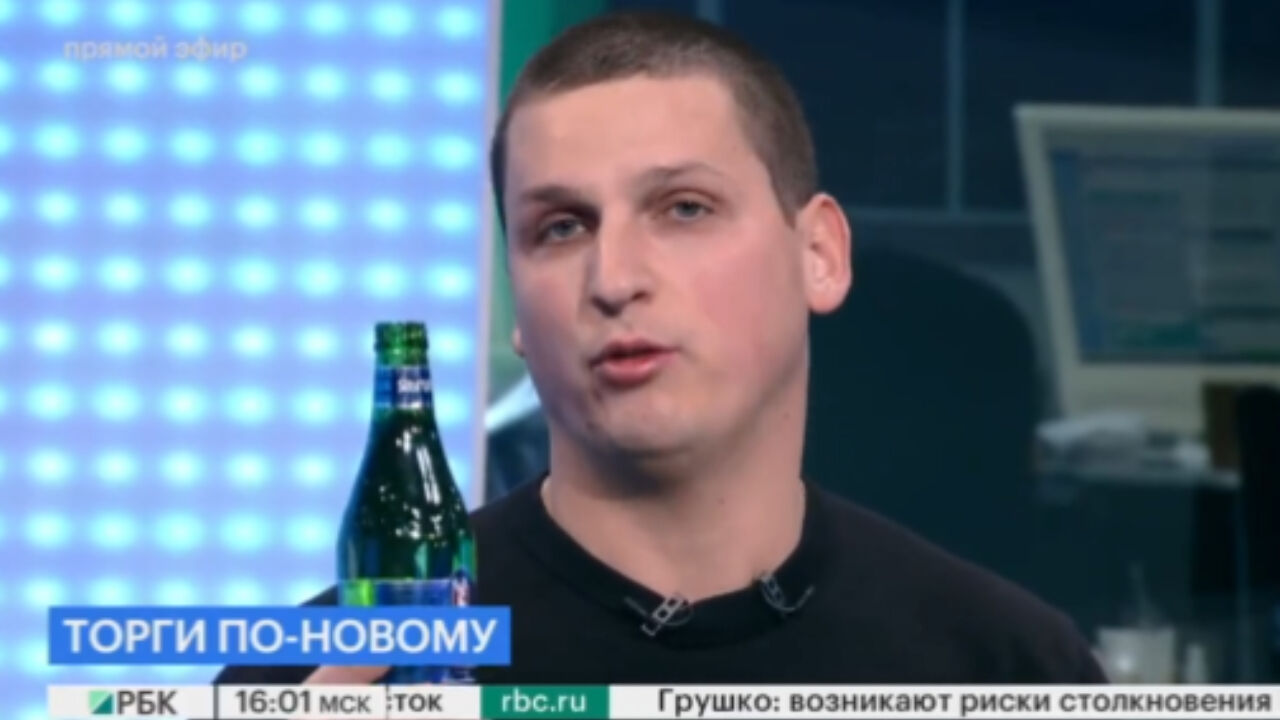 Amid the collapse of Russian stocks after the invasion of Ukraine, a stock market expert who appeared on Russian TV shows condolences and is drawing attention by drinking carbonated water.

According to foreign media such as CNBC in the US on the 4th local time, Alex Butmanov, a stock market expert, appeared as a guest on a special program of the Russian economic channel RBC on the 2nd.

After a brief greeting, the program host asked Bhutmanov, "The stock market strategy is useless now. Do you still want to work in this industry?"

Then, Butmanov said, "First of all, I can't say 'good afternoon'." After opening his mouth, "The Russian securities industry has no future due to sanctions from the US and European countries. If the worst-case scenario unfolds, I will be like Santa I'll do the Claus job."

Shortly thereafter, Butmanov lifted the bottle from the floor and opened the lid, saying, "Stop joking around and do what I have to do quickly."

"I pay tribute to Sergei Yushisenko, who drank vodka in mourning for the death of the stock market 12-13 years ago," Bhutmanov said. "I will drink sparkling water today." "You were close to us and it was interesting. . Rest in peace, my friend."

Then, after pouring in carbonated water, I made a “kya” sound as if it was cool and put down the bottle.

Yushisenko, mentioned by Butmanov, is a stock market official who mourned the death of the stock market while drinking vodka from a mug during a live broadcast during the 2008 global financial crisis.

Surprised by Bhutmanov's sudden action, the host opened his eyes wide and watched him, and ended the interview hastily, saying, "I won't say anything about what just happened."

The video spread rapidly on social media, recording more than 1.15 million views as of 3 pm on the 7th.

Netizens who saw the video showed various reactions, such as "The expert's actions are both funny and sad", "A performance that shows how serious the situation in the Russian market is", and "The embarrassment of the host looks like mine."

After the invasion of Ukraine, the US and other Western countries imposed sanctions, and the Russian economy is faltering.

On the 24th of last month, when Russia invaded Ukraine, the RTS index, Russia's representative stock index, plunged 38.3% in one day.