Former National Front MP Marion Maréchal gave her support to Éric Zemmour on Sunday during a meeting of the far-right candidate in Toulon. 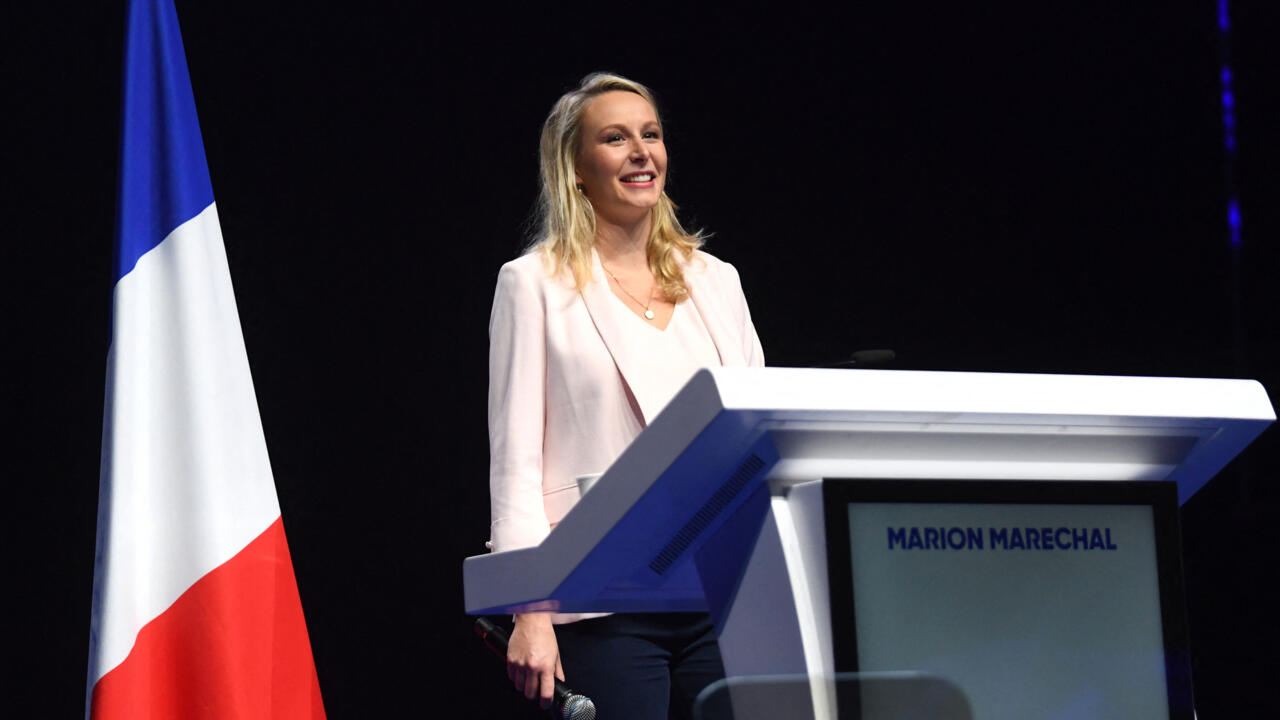 Marine Le Pen's niece, Marion Maréchal, announced on Sunday March 6 to join the far-right polemicist Éric Zemmour for the presidential election, during the meeting of the candidate Reconquête!

in Toulon, in the south of France.

"I am certain that the political recomposition will happen, I believe victory is possible again", launched the former National Front deputy (now National Rally) of Vaucluse, aged 32.

Marion Maréchal castigated Emmanuel Macron, a "divisive president", who "forced us to sort between vaccinated and unvaccinated" and "opened the way for the struggle of races with this 'woke' ideology".

Eric Zemmour's entourage hopes to make this rally a "turning point" to relaunch his campaign, after a complicated sequence on the conflict in Ukraine and a drop in the polls.

"The rallies, it participates in the story of a campaign, but it hardly moves the voices", estimates for his part the pollster Frédéric Dabi, of Ifop.

Marion Maréchal, a former deputy, retired from political life after the defeat of Marine Le Pen in the 2017 presidential election to found a private "school" of political science in Lyon.

With the aim of waging a fight that is more "cultural and metapolitical" than electoral or partisan.

More conservative than Marine Le Pen on societal issues and more liberal in economics, Marion Maréchal told Le Figaro in January "leaning towards Éric Zemmour" despite "a family subject" with his aunt.

The granddaughter of Jean-Marie Le Pen had also expressed his desire to return to political life, visibly aiming for the legislative elections, perhaps again in the Vaucluse.

Marion Maréchal, who wishes to keep her autonomy, joins Éric Zemmour, but does not however join his party, Reconquête!

Four RN MEPs, including a leading member of the party, Nicolas Bay, as well as the only senator in the National Rally, Stéphane Ravier, have joined Éric Zemmour's campaign in recent weeks.

The latter two are ideologically close to Marion Maréchal.

On Saturday, Marine Le Pen joked about the rallying of her niece, a "lifeline" of Éric Zemmour's campaign which is "collapsed".

The RN candidate is given in the second round according to the latest polls, several points ahead of her rival.