Ligue 1: Marseille at a standstill, Saint-Etienne on recovery

Olympique de Marseille's slump was extended by another home defeat against Monaco (1-0) and the loss of second place on Sunday for the 27th day of Ligue 1, where a... 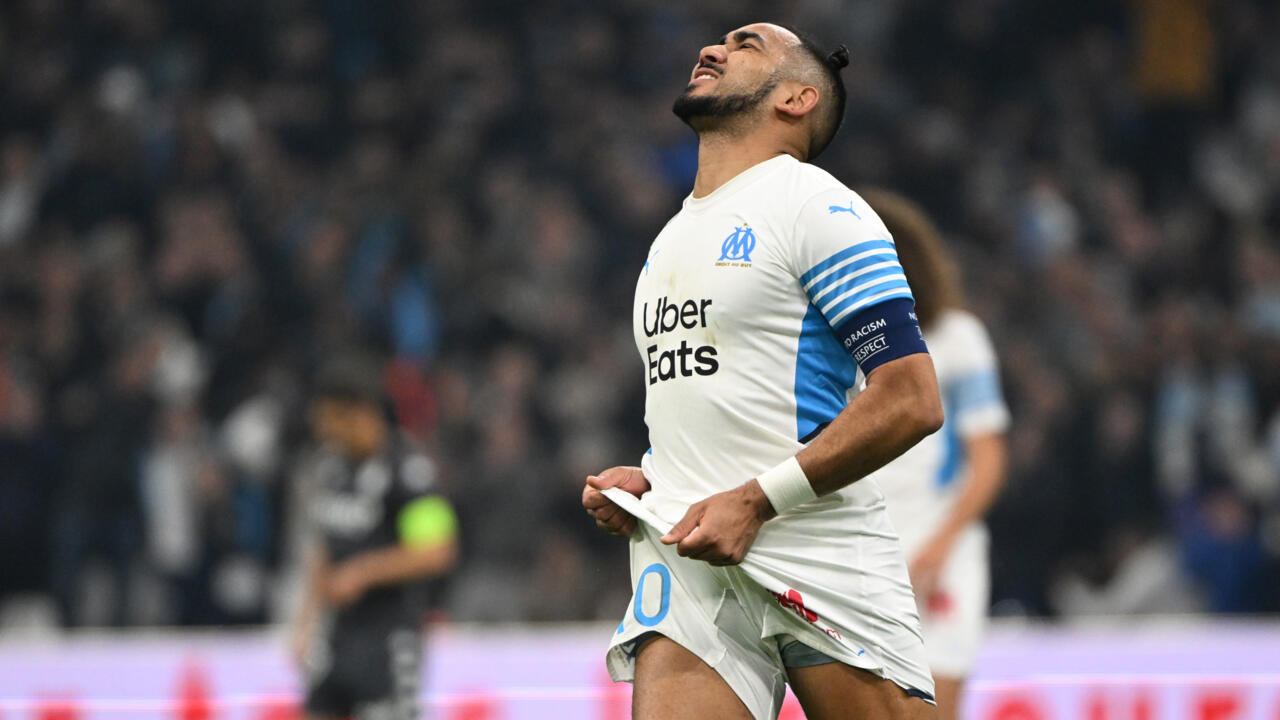 After Clermont (2-0), ASM won at the Vélodrome thanks to Gelson Martins to return to 6 lengths from the podium, occupied by its victim.

The joy of the Monegasques, after the opening of the score by the Portuguese midfielder Gelson Martins against Marseille, at the end of the 27th day of Ligue 1, on March 6, 2022 at the Stade Vélodrome Christophe SIMON AFP

OM, joined at the last minute in Troyes (1-1), took only one point in three matches and gave up second place to Nice, winner of PSG on Saturday (1-0).

The team came out under the monumental bronca of the Vélodrome.

And Rennes (4th) comes back to within a point of the Marseillais after their victory against Angers (2-0).

With once again an eleven without professional full-backs, but Arkadiusz Milik starting in attack, OM played a good first period, without scoring, before suffering the law of the Monegasques, who are relaunching after their semi-final of the Cup of France lost Wednesday in Nantes (2-2, 4 t.ab. to 2).

The good trades at the top of the ranking were carried out a little further to the West.

Rennes beat the SCO (2-0), thanks to a volley from Benjamin Bourigaud resembling that of the Portuguese Jordao against France at Euro-1984, which hit the ground before lobbing the goalkeeper, and an achievement of his best scorer, Gaëtan Laborde, his 14th in L1.

The joy of Rennes midfielder Benjamin Bourigeaud, after opening the scoring at home against Angers, during the 27th day of Ligue 1, March 6, 2022 at Roazhon Park JEAN-FRANCOIS MONIER AFP

Nantes (6th) beat Montpellier (2-0) on the heels of their qualification for the final of the Coupe de France.

Congolese striker from Nantes, Randal Kolo Muani opens the scoring at home against Montpellier, during the 27th day of Ligue 1, March 6, 2022 at the Stade de La Beaujoire Loic VENANCE AFP

In the East, Strasbourg (5th) only took one point from Reims (1-1), the Swedish Champagne rookie Jens Cadjus equalizing ... from the knee (84th) after the magnificent goal of Jean-Ricner Bellegarde ( 69th).

If PSG has poorly prepared for its round of 16 Champions League return to Real Madrid, Lille (7th) reassured itself ten days before facing Chelsea by crushing Clermont (4-0) with an excellent Renato Sanches.

The Portuguese had two assists for the two Jonathans, Bamba and David, for the Canadian's first goal of 2022.

Zeki Celik and Edon Zhegrova made things worse late in the game.

Lille midfielder Jonathan Bamba, congratulated by his teammates after his goal scored against Clermont, during the 27th day of Ligue 1, March 6, 2022 at the Pierre-Mauroy Stadium in Villeneuve-d'Ascq FRANCOIS LO PRESTI AFP

A good omen ten days before the big meeting against the Blues, where the "Dogues" must go up two goals (2-0).

At the bottom of the standings, the four "dunces", in the words of Pascal Dupraz, the coach of the "Greens", all had 22 points before facing each other two by two.

Saint-Étienne signed his fourth success in L1 since the arrival of the Savoyard technician on the bench, a victory celebrated as a qualification for the European Cup by a full Cauldron.

A half-volley from Denis Bouanga, completely lying down to score – he even slipped – was enough to beat the Messins.

"We know how to win matches, we know how to keep a score, we hope it will continue like this", was satisfied the striker, at the microphone of Prime Video.

The joy of the Gabonese striker of Saint-Etienne Denis Bouanga, after his goal against Metz, on March 6, 2022 at Geoffroy-Guichard JEAN-PHILIPPE KSIAZEK AFP

Estac also knows how to win and hold on, after overcoming OM at the last minute (1-1).

Troyes had not had a single penalty in their favor this season, two were whistled in the same match.

If the first was badly shot by Mama Baldé, the Bissau-Guinean striker was lucky: Gaëtan Poussin stopped his shot, but the ball rolled under his body and the goalkeeper sent the ball into the goal himself with an unfortunate kick.

Bissau-Guinean striker from Troyes Mama Baldé, during his penalty saved then sent into his goal by Bordeaux goalkeeper Gaêtan Poussin, during the 27th day of Ligue 1, March 6, 2022 at Matmut Stadium ROMAIN PERROCHEAU AFP

Baldé had been silent since the 11th day, but the drought of Lebo Mothiba, who converted the second penalty, was much longer.

Injured for a year and a half, the South African had not scored in L1 since December 2019!

Troyes (16th) and Saint-Étienne (17th) therefore take three steps ahead of their victims and plunge back Lorient, corrected Friday by Lyon (4-1), in place of roadblocker (18th).