In the Ukrainian Maripol.. A witness from its people: It is hell, it is Aleppo, and let all Europeans know that

In the large Ukrainian city of Mariupol, hope of an evacuation corridor for civilians has faded after renewed bombardment, the testimony of two residents of that besieged city. 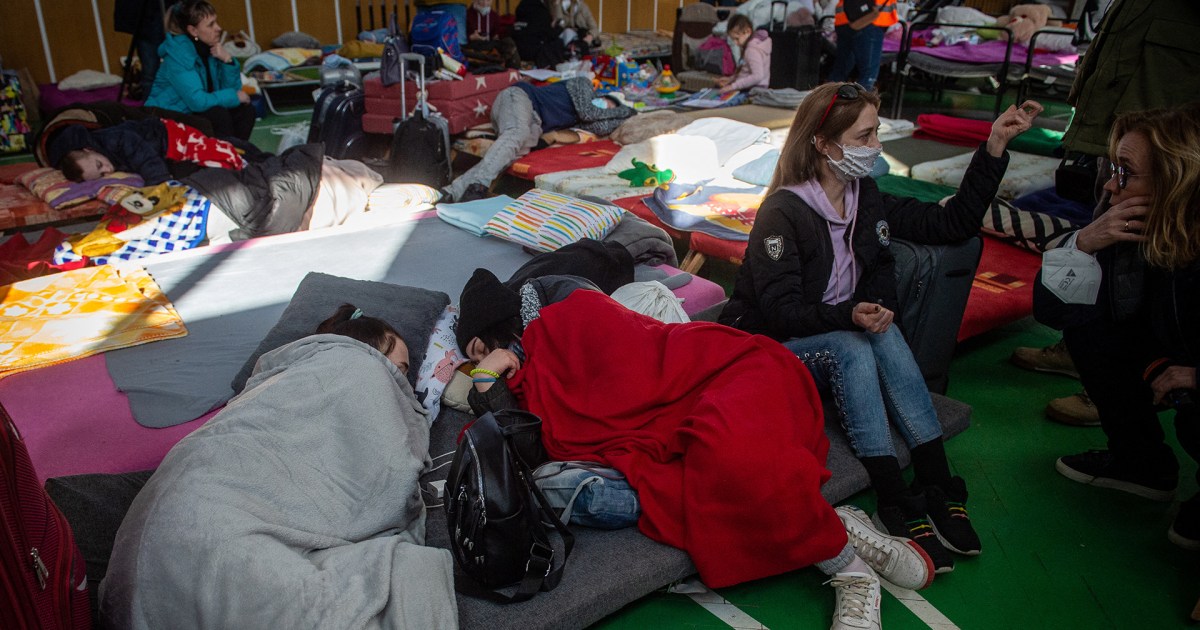 In the large Ukrainian city of Mariupol, hope of an evacuation corridor for civilians has faded after renewed bombardment, the testimony of two residents of that besieged city.

The correspondent of the French newspaper Le Monde in the neighboring city of Odessa, conveys in his report a testimony describing some of the sufferings of the besieged in this city of the Donetsk region.

In the beginning, the writer cited what the Ukrainian journalist and activist Anna Romanenko said, describing some of what she saw: “We found 3 buses with drivers willing to risk their lives to transport civilians, and there were 4 collection points for personal cars full of civilians, but at about 11 am (the Russians) started ) in bombing assembly points."

Although this journalist usually stays with her editorial office in the city center, she is currently in an area that allows her to have regular contact with many interlocutors who are under the siege imposed by the Russian military forces, and for 4 days no civilians have been able to leave the besieged city.

For Anna Romanenko, who was emailed to Le Monde, the aim of the bombing of the humanitarian corridor is to make Mariupol residents reluctant to leave, as well as to obfuscate the terrible reality of the siege, by deluding others that the situation is normal, so people do not want to evacuate.

The Russian military has also worked to ensure that Mariupol residents are deprived of electricity, the Internet and the mobile phone network, according to Romanenko, who adds that they are adding a "digital blockade" to the military blockade they are already imposing.

Anna confirms that the number of those who would like to be evacuated is not in the thousands, but in the tens of thousands, saying: “Today, despite agreements and commitments, Russia has not only prevented civilians from leaving this besieged area, but also made sure to bombard civilian lines to discourage them from leaving and forcing them to return.” to their shelters.

The reporter explains that Mariupol has been under bombardment since February 24, adding that the bombing was intermittent in the first three days of the Russian military campaign, and in the meantime, the local authorities were able to repair gas leaks and cut power lines and water pipes.

But what it has been subjected to for the past 4 days is continuous bombardment. Rather, it is a carpet of bombs falling on the whole city, and there is not a single street in which to take shelter, and the municipal services can no longer carry out emergency repairs, and what is falling are not just mortar shells, but rockets of all kinds. Multiple cruise missiles equipped with cluster bombs, he said.

In her live testimony from the city, Le Monde quotes a member of the city's municipal council, Roman Amalakin, as saying that 3 schools, a hospital, a maternity hospital and dozens of apartment buildings were destroyed.

He adds: "The fighting is taking place on the outskirts of the city. Our tanks are repelling the attacks. The sound of gunfire can be heard at the western entrance to the city, as well as on the sea side (in the south). I wanted to evacuate my family through this corridor, but everything failed. Countless destruction in apartment buildings in all neighbourhoods. There is no safe place left, we lack food."

Roman Amlakin quickly finished talking to the reporter, saying: “I hear the exchange of fire inside the city, it seems tanks, I have to get away from this place where the internet is still working.

Journalist Anna Romanenko continues, describing the situation, saying: “The police have now told the residents by loudspeaker as much as possible that the evacuation has been called off...This is a real humanitarian catastrophe. Hundreds of wounded must be evacuated, women and children deprived of water, and the situation is worse on the left bank of Mariupol, no There is contact with them, which is the most bombed part of the city, the village of Sartana, east of Mariupol, was completely destroyed."

Speaking about the situation in the city, Romanenko stresses that there is no longer a way to count the bodies, as there is no one to do this task, and burial is impossible because of the rocket fire, and the bodies are lying in the street or in cold rooms that do not work, even those who have yards in their homes They cannot bury their dead.

"It's hell, this is Aleppo, and I'd like everyone in Europe to hear it, if you think this isn't World War III, you're mistaken unfortunately, it's started," she concludes, adding that the ostrich's policy and trying to turn a blind eye to what is happening by not supporting the no-fly zone over Ukraine It will not achieve what the West wants to avoid direct conflict with Russia, "the conflict has already begun," says Romanenko.