The leader of the Haqqani network... the Taliban government's interior minister reveals his face for the first time in public

Today, Saturday, Acting Minister of Interior Sirajuddin Haqqani, deputy leader of the Taliban movement, appeared for the first time in front of the media in the capital, Kabul. 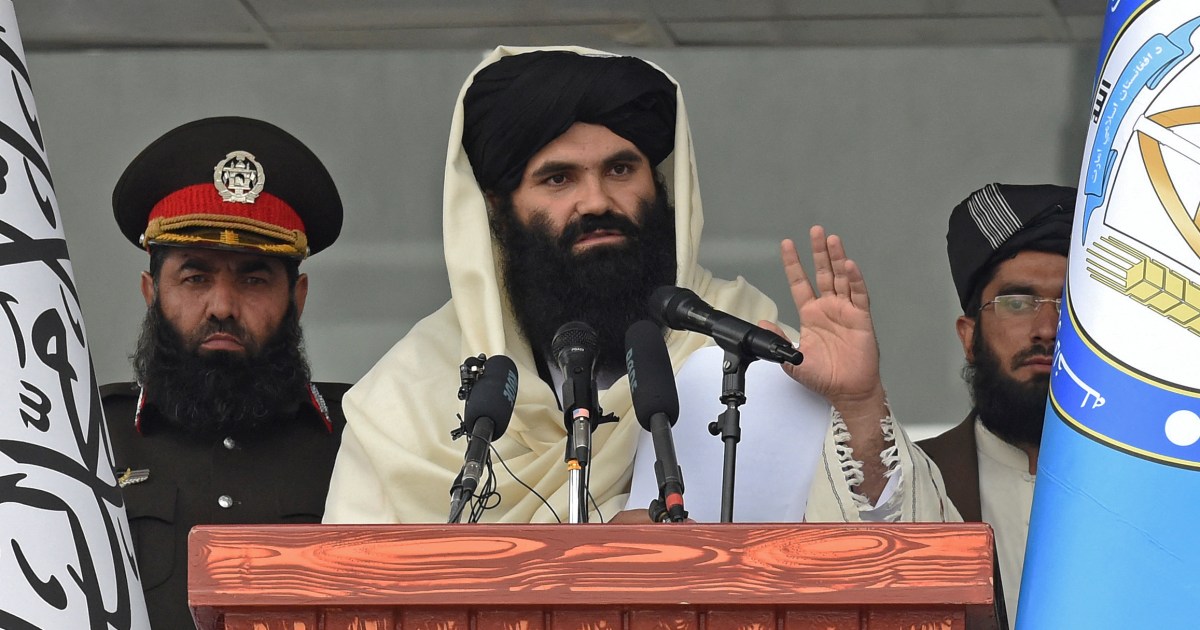 Acting Interior Minister Sirajuddin Haqqani, deputy leader of the Taliban movement, appeared in front of the media in the Afghan capital, today, Saturday, for the first time.

Haqqani, known as "the Caliph," is the leader of the Haqqani network within this movement that rules the country, and his group has been behind some of the most deadly attacks on US forces in Afghanistan.

Since the Taliban came to power, Haqqani's face has been hidden in the pictures released by the movement's authorities from his official meetings, and the only known picture of him was on a poster "Wanted by the US Federal Bureau of Investigation."

To this day, the media has never been allowed to photograph him, and his public appearance has attracted a number of reporters eager to attend an event at which he attends.

Until its seizure of power last August, Haqqani was one of the 3 deputies of Taliban leader Hebatullah Akhundzadeh, who has not appeared in public since the movement took control of the country.

Haqqani is still on the wanted list of the United States, which offered a sum of up to 10 million dollars in exchange for information that could lead to his arrest.