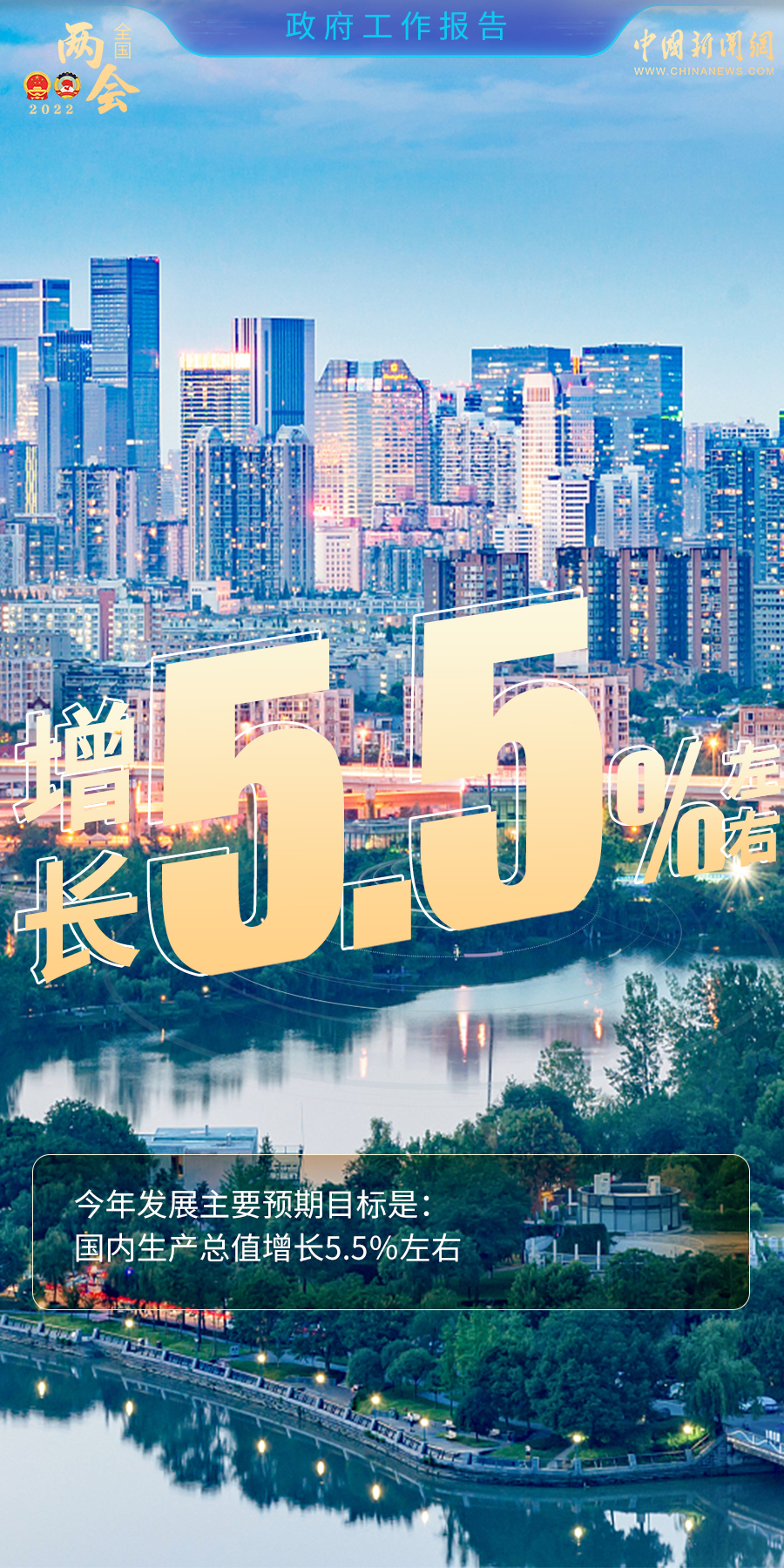 Chinese Premier Li Keqiang delivered a government work report to the Fifth Session of the 13th National People's Congress on the 5th.

The details of the report show China's determination and confidence in stabilizing growth.

The first is that the economic growth target is locked at medium and high speed.

The government work report set the expected target of China's GDP growth rate in 2022 at around 5.5%.

This move will send a clear signal to the market: China is determined and confident to stop the downward momentum of economic growth.

And this kind of determination and confidence itself can also effectively hedge against the pressure of weakening expectations and provide assistance for stable growth.

The second is a significant increase in available financial resources.

This year's fiscal deficit rate is planned to be around 2.8%, down from last year.

This is also the first time that China's deficit ratio has been lower than 3% since the outbreak of the epidemic in 2020.

This move is not only conducive to enhancing fiscal sustainability, but also shows China's confidence: at the same time, it is able to plan ahead and reserve policy space for future changes in the situation.

On the other hand, in the face of the pressure of epidemic prevention and control in 2020 and the launch of special national debt, China has once again launched powerful policy tools this year.

On the basis that the fiscal revenue is expected to continue to grow, the scale of expenditure can be expanded by more than 2 trillion yuan (RMB, the same below) compared with last year through measures such as turning over the profits accumulated in recent years by specific state-owned financial institutions and specialized institutions, and transferring into the budget stabilization fund. .

This money will play an important role in helping enterprises to bail out, stabilizing employment and ensuring people's livelihood, promoting consumption and expanding demand.

The third is to continue to significantly reduce taxes and profits.

After years of substantial tax cuts and fee reductions, the market is worried about whether there is room for further tax cuts in China.

China will implement both tax reduction and tax rebate, and implement a new combined tax and fee support policy.