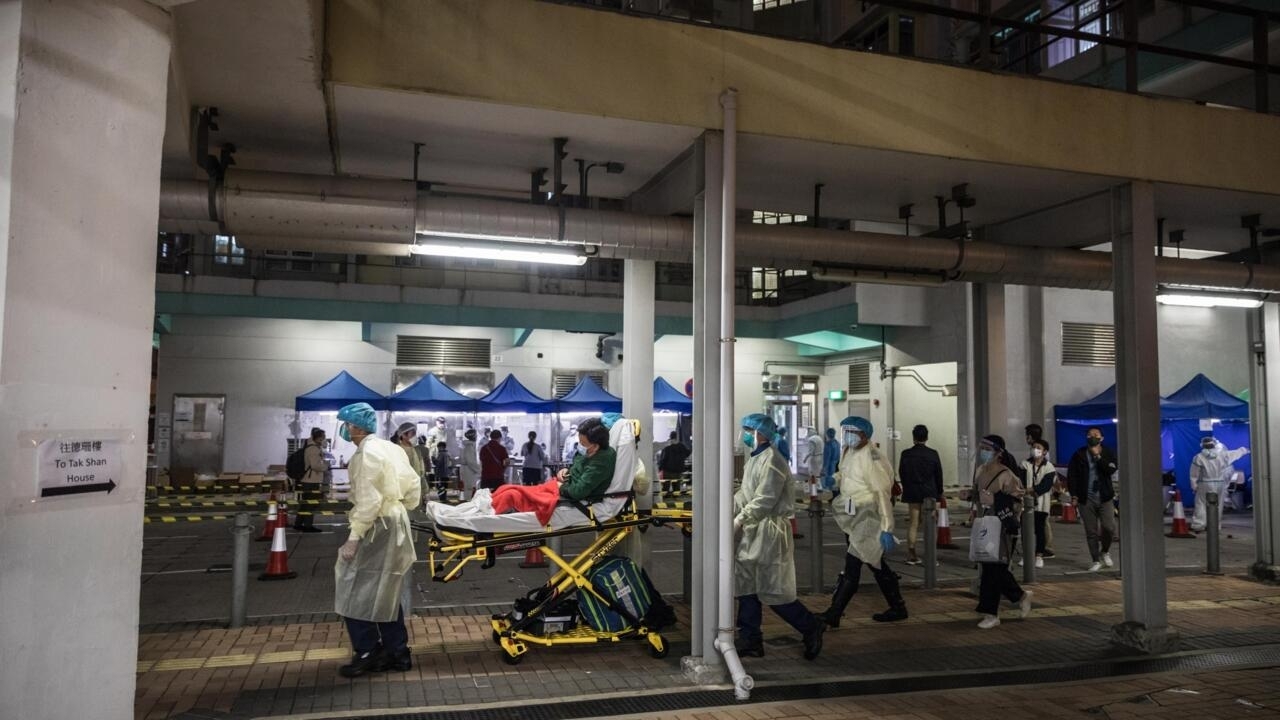 - France: continued decline in the number of contaminations and deaths

Fewer contaminations, fewer people in critical care and fewer deaths: the wave of Covid-19 continues its slow decline, according to daily data from health authorities published on Friday, 10 days before the lifting of most health restrictions.

In the past 24 hours, 57,789 new cases have been recorded, according to the French public health agency, compared to 60,225 the day before.

With this figure, the seven-day average, which gives an idea of ​​the real evolution of the epidemic, declines to 52,173 cases, against 63,131 cases seven days ago.

Brazil emerged from recession in the last quarter of 2021 and Latin America's largest economy returned to growth last year, with a 4.6% GDP rebound offsetting the crisis-related decline in 2020 of the coronavirus.

These data made public on Friday by the IBGE statistics institute are in line with analysts' expectations, after the -3.9% plunge in 2020.

A woman wearing a mask against the Covid-19 walks in a commercial street in Hong Kong, March 4, 2022 ISAAC LAWRENCE AFP

For the year 2022, the experts consulted for the last weekly Focus survey of the Central Bank expect weak growth of only 0.3%.

Irish President Michael D. Higgins, 80, has tested positive for Covid-19 and is suffering from "mild" symptoms, a spokesman said on Friday.

- Belgium: lifting of most restrictions

Belgium decided on Friday to abandon the health pass and the wearing of a compulsory mask in closed public spaces from Monday, thanks to the drop in contamination in recent weeks and the high rate of vaccination (nearly 89% of adults are fully vaccinated).

However, wearing a mask remains compulsory on public transport.

It is also recommended for interior spaces, in the event of exceptional crowds.

The operation of judicial services has been suspended for a month in Hong Kong, which has recorded more than 50,000 new cases of Covid-19 for the third consecutive day, authorities announced on Friday.

Most of the hearings scheduled between March 7 and April 11 will be adjourned, so as to "strike a balance between public health considerations and the proper administration of justice", said the communication from the judicial services.

Police officers on duty in front of a building where residents placed in isolation are being tested against Covid-19, in Hong Kong, March 4, 2022 DALE DE LA REY AFP

The epidemic has reached its worst level in recent days, overwhelming hospitals and undermining the government's "zero Covid" strategy.

The pandemic has officially killed at least 5,978,400 people worldwide since the end of December 2019, out of nearly 440 million confirmed contaminations, according to a report established by AFP on Friday at 11:00 GMT.