A shaky alternative: why Germany announced its readiness to buy gas bypassing Russia

German Chancellor Olaf Scholz said that Germany was prepared to buy natural gas not only from Russia. According to him, Berlin foresaw possible difficulties and agreed with alternative suppliers. Scholz did not specify who was ready to open additional supplies for the FRG, noting only that Germany would continue to buy energy from Russia. In turn, the head of the Ministry of Economy of the country, Robert Habek, said that a possible embargo on Russian energy resources would become a threat to "public peace" in Germany. Experts believe that in the near future it will be almost impossible to replace Russian gas for both Germany and Europe as a whole, since global suppliers of blue fuel simply do not have enough volumes to implement European projects. 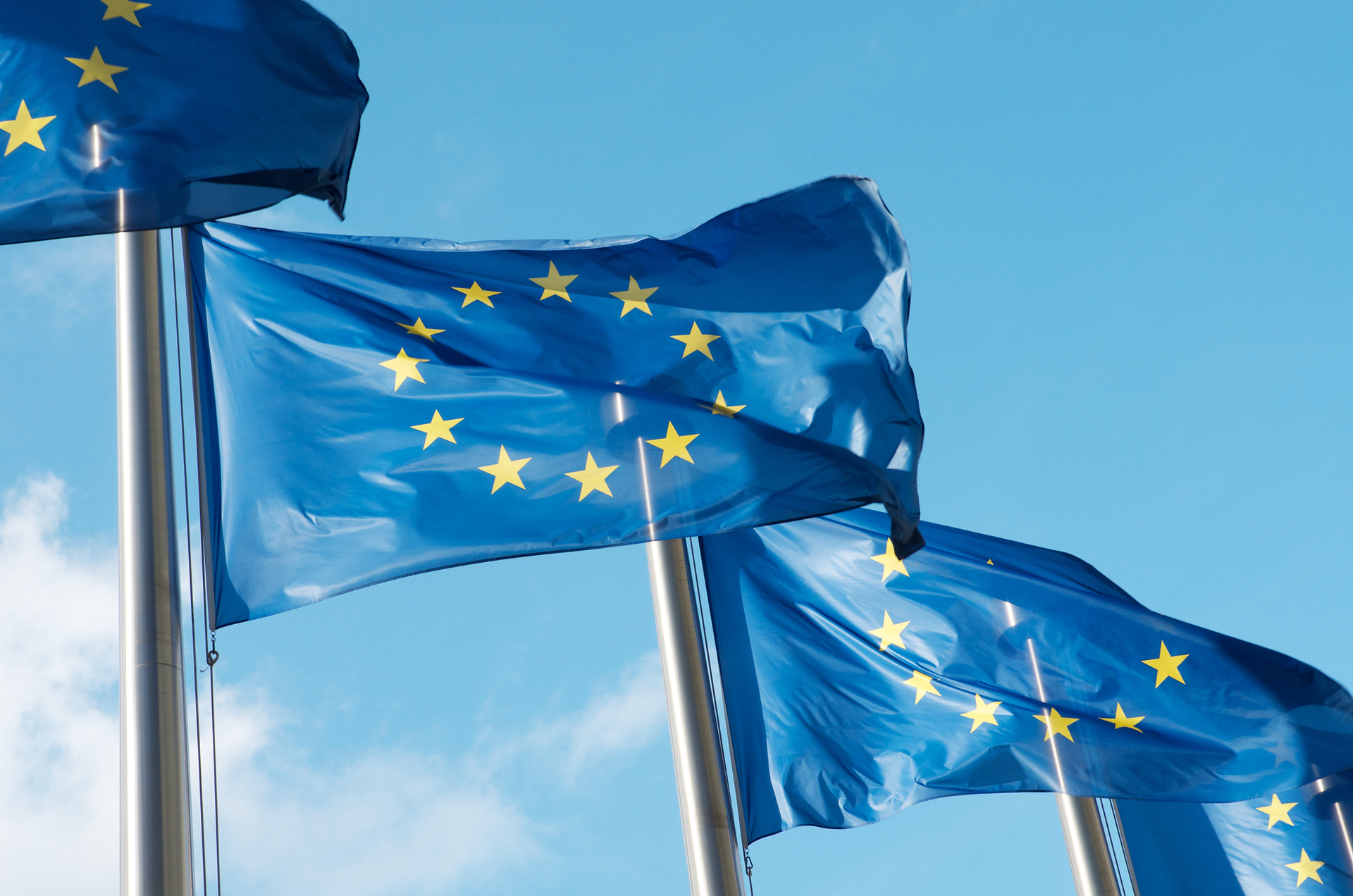 Germany is preparing to buy gas from suppliers other than Russia, German Chancellor Olaf Scholz said on the ZDF TV channel.

“Since we are not naive, on the one hand, we introduced this regulation (meaning sanctions against the Russian Federation and the suspension of certification of the Nord Stream 2 project. -

), but at the same time, we foresaw a situation in which also difficulties may arise.

We prepared to buy gas from other suppliers, we did it and will continue to do the same,” said the Chancellor.

At the same time, he stressed that Germany continues to buy gas, coal and oil from Russia.

In the fight against addiction

In turn, British Foreign Secretary Liz Truss, on the air of the Sky News channel, called on Europe to extend anti-Russian sanctions to the oil and gas sector.

In her opinion, the already introduced restrictions have a great negative impact on Russia, but we should not stop there.

Truss also noted that Europe should reduce its dependence on Russian blue fuel.

At the same time, experts note that the sanctions against the energy sector will hit the Europeans themselves first of all.

However, the UK is far from realizing this problem, since they themselves are not so heavily dependent on gas supplies from the Russian Federation.

“Once again, Liz Truss shows her complete incompetence: by calling on Europe to extend sanctions against Russia to the oil and gas sector, she is actually issuing a death sentence to European industry.

Britain itself is less dependent on the supply of Russian hydrocarbons, ”explained Nikita Danyuk, deputy director of the RUDN Institute for Strategic Studies and Forecasts, in a conversation with RT.

According to the analyst, these restrictions will most significantly affect Germany, since it will not be able to maintain the production of its goods, including high-tech ones, at the proper level without hydrocarbons.

However, in Brussels the idea of ​​imposing restrictions on such a sensitive sector for Europe is not completely rejected.

Thus, the head of EU diplomacy, Josep Borrell, before the start of the meeting of European foreign ministers at NATO headquarters, said that Brussels is studying all possible measures to influence Russia.

Thus, he answered a journalist's question about the possibility of suspending gas imports from Russia to the European Union.

It is noteworthy that back in early February, Borrell himself admitted that Europe was quite vulnerable to the threat of a reduction in gas supplies from the Russian Federation.

“In recent years, Russia has increased its resilience to economic sanctions by increasing its foreign exchange reserves, and has done better than we have in improving its ability to withstand potential cuts in gas supplies,” wrote the head of European diplomacy in his blog.

A blow to public peace

Meanwhile, in Germany, sanctions against Russian energy carriers are considered disastrous for the country.

This opinion was expressed at a briefing on March 3 by Vice-Chancellor, Minister for Economic Affairs and Climate Protection of Germany Robert Habek.

“I would not support an embargo on imports of fossil fuels from Russia.

I would even oppose this, because by doing this we will jeopardize public peace in Germany, ”the head of the Ministry of Economy believes.

It is worth noting that at the end of February, Gazprom, citing data from the Gas Infrastructure Europe (GIE) association, announced in its Telegram channel that all the gas pumped in summer had been taken from European underground gas storage facilities (UGS).

“As of February 26, the volume of active gas in European underground storage facilities is 21.5% (by 7.9 billion cubic meters) less than last year's level.

m - 100% of the gas injected in the summer, that is, the volume of reserves made last year is zero, ”the company noted.

Representatives of Gazprom reported that the total balance of gas in European UGS facilities is at the level of 29.5% (according to the latest GIE data - less than 28.7%), and Germany has emptied its storage facilities by 70.6%, and France - by 77, one%.

This is despite the fact that gas extraction will continue at least until the end of March, or even until mid-April, the company noted.

Thus, now the selection will come from the volumes that were pumped into European storage facilities in 2020 and previous years.

It will be difficult for Europe to make up for the lost gas, as it will require colossal volumes that have never been pumped in a single summer season.

In addition, daily injection volume limits are limited by the technological capabilities of storage facilities, and the availability of the necessary gas volumes for purchase by Europeans will depend on demand in the Asian market, which is very high today, Gazprom noted.

At the same time, Russia continues to routinely supply gas for transit to Europe through Ukraine, as spokesman for Gazprom Sergey Kupriyanov told reporters on March 4.

According to him, in

in accordance with the requests of European consumers, the pumped volume is 109.5 million cubic meters per day.

According to experts interviewed by RT, Olaf Scholz's statement about alternative suppliers may be an attempt to reassure the Germans, since in fact no suppliers today can painlessly replace Russia in the European gas market.

“This is most likely a bluff on the part of the Chancellor.

Of course, Berlin has other suppliers - the Netherlands and Norway, but these are not new German agreements.

Moreover, Norway's production is declining, while the Netherlands has already reduced it so much that they themselves are an importing country.

They just have a contract with Germany, so they have to send their gas to her.

These are very unsteady alternative supplies, which will rather dry up than increase,” explained Igor Yushkov, a leading analyst at the National Energy Security Fund.

An alternative in the form of liquefied natural gas also disappears, because Germany does not have a single LNG receiving terminal, the analyst said.

“Of course, now the Germans are saying that they will build at least two such terminals, but it will take more than a year, since this is a rather capital facility.

But even if they build them, this will not lead to a complete rejection of Russian gas, since the planned capacity of LNG terminals will be small - up to 20 billion cubic meters per year.

Whereas in Russia they buy more than 40 billion cubic meters of gas per year.

So all these conversations are essentially some attempts to simply reassure the German public, ”added Yushkov.

Alexander Kamkin, a leading researcher at the Center for German Studies at the Institute of Europe of the Russian Academy of Sciences, also believes that Germany will not be able to completely replace Russian gas with either alternative supplies or, for example, green energy.

“In total, green energy generates about 50% of the capacity.

The wind now has somewhere between 24-25% of the total electricity production in Germany, but the prospects for further development of this sector are limited by the lack of a large amount of space required to install windmills.

And the FRG will not be able to increase gas supplies from, for example, Qatar, Saudi Arabia or Azerbaijan, since these countries simply do not have such opportunities at the moment, ”Kamkin said in an interview with RT.

In this regard, he called the unwillingness of Germany, Austria, France and other European countries to impose sanctions against the Russian oil and gas sector logical.

At the same time, the EU cannot abandon threats against Russia because of the pan-European political agenda.

“All current sanctions are an attempt to make the existence of our state as inconvenient as possible, while at the same time receiving minimal damage in return.

The policy of double standards in its purest form,” the expert emphasized.

As Igor Yushkov explained, energy has remained one of the last economic bridges between Russia and Europe, and the West does not want to burn it, since stable trade in energy resources is beneficial to everyone.

Indeed, otherwise the European market, and not only the energy market, will continue to be in a fever, which, in turn, will seriously affect the economies of European countries, Alexander Kamkin believes.

“Gas prices will continue to skyrocket.

As a result, prices in the industrial sector will skyrocket: the production of plastic, fertilizers, and chemicals will rise in price.

Next, the cost of food will rise, which will hit ordinary consumers.

And inflation in the EU will no longer be 6%, but much higher.

Whereas Russia with its gas can always go to the Asian market and expand cooperation with Turkey,” the expert concluded.