Why does the Shougang Park, which is "out of the circle" in the Winter Olympics, write a new chapter of urban rejuvenation? 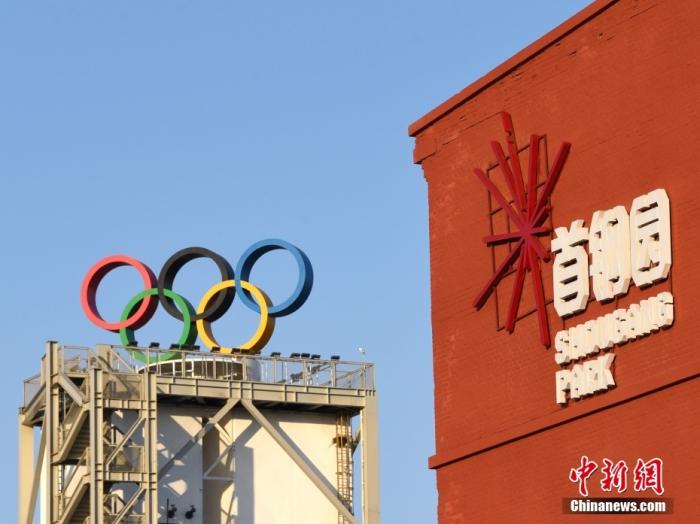 (Observation of the Two Sessions) Shougang Park, which was "out of the circle" in the Winter Olympics, why did it write a new chapter of urban rejuvenation?

China News Agency, Beijing, March 4th: Shougang Park, which is "out of the circle" in the Winter Olympics, why does it write a new chapter of urban rejuvenation?

During the Beijing Winter Olympics, the Shougang ski jumping platform went from domestic to overseas, and the "big chimney" - the deactivated cooling tower in the Shougang Industrial Park has also become a witness to athletes' dreams.

Some foreign athletes praised: "The factory that once spewed smoke over Beijing is now 'launching' Olympians into the air."

One of the planners and designers who has been involved in the urban renewal and urban revival process of Shougang Park for a long time, Wu Chen, deputy to the National People's Congress, chief architect of Beijing Architectural Design and Research Institute Co., Ltd., and chief architect of Shougang Group, recently accepted an exclusive interview with a reporter from China News Agency. It revealed the urban revival dream and new thinking in the post-Winter Olympics era behind the unique landscape of the Beijing Winter Olympics.

Ten years of sharpening a sword

In fact, during the Beijing Winter Olympics, Shougang Park, which became popular overnight in Chinese and foreign media reports, has undergone more than ten years of renewal and transformation.

Shougang, which was established in 1919, focuses on the development of the iron and steel industry.

As early as after Beijing successfully bid to host the 29th Summer Olympic Games, Shougang started to suspend production and relocate.

After Beijing successfully bid to host the 24th Winter Olympics, the silo used to store iron-making raw materials was turned into the office area of ​​the Beijing Winter Olympics Organizing Committee; the former clean coal workshop was turned into a national winter sports training center; it stands by the Qunming Lake The original Shougang cooling tower witnessed the birth and splendor of the world's first ski jumping platform that has been permanently reserved.

"Every corner and every piece of equipment has a story."

Wu Chen and his team officially participated in the renewal and development of this area in 2009, and presided over the overall urban design work until today.

Wu Chen said that industrial heritage is the unique cultural resource and precious wealth of Shougang Park. "In my heart, giving new functions to old buildings and revitalizing old factories are the most important tasks."

Today's Shougang Park is the largest factory area in the central urban area of ​​Beijing that has completely preserved the iron and steel industrial facilities of various periods. The industrial relics are basically intact, the area is open, and the vegetation is intact, forming a unique spatial pattern and environmental style with mountains, water, and historical relics coexisting. .

Wu Chen said that the new Shougang is an important urban functional node in the western part of Beijing, and it is also a cultural display window of the capital.

After more than ten years of update work, the Winter Olympics have been successfully held, and the century-old Shougang has ushered in a highlight moment, becoming a "Internet celebrity check-in place" and a "new landmark for the rejuvenation of the capital city".

Talking about the urban renewal and revival ideas of Shougang Park, Wu Chen said that with the completion of the west extension of Chang'an Street and the opening of the Shougang gate, Shougang is transforming from a single-subject industrial park to an urban functional area.

Aiming at the existing buildings such as forging workshops, precision workshops and structural workshops with distinctive industrial characteristics, functional renovation and spatial renewal are carried out on the basis of fully respecting the original industrial relics, so as to create an urban interface integrating the old and new with multiple functions.

Wu Chen said that after the Winter Olympics, Shougang Park will continue to promote continuous renovation and renewal work to provide a high-quality space carrier for the capital's technological innovation, international exchanges, and cultural and creative development.

The creation and utilization of Olympic heritage is the core thread of realizing sustainable development.

Wu Chen believes that the Winter Olympics is a short-term international event, but creating and operating the Olympic legacy is a long-term social activity.

The use of the venue after the game will take into account both professional training and competition and the provision of cultural and sports services to the public.

"Through the preparation and holding of the Winter Olympics, the entry of new elements and the development of new industries will be driven, the sustainable development path after the games will be planned in advance, and the economic effects of the Olympics will be released to the greatest extent. "He said that the "Beijing Winter Olympic Park" has been established in the Shougang Park, which is of great significance for continuing to carry forward the Olympic spirit, inheriting and making good use of the heritage of the Beijing Winter Olympics stadium facilities, and driving the coordinated development of the city and the region.

He said that through resource integration, product upgrading and regional cooperation with surrounding tourist attractions, Shougang will give full play to the unique charm of Shougang's industrial tourism brand and competitive experience tourism, and create a high-quality industrial tourism project.

"A good urban renewal project needs to integrate design into urban planning, so that the city can develop in an orderly and sustainable manner." Wu Chen explained his expectations for urban renewal in this way: "Just like music will eventually return to the ear, it should emphasize It is the pleasure of hearing and not just the philosophy of content, and architecture should also return to the eyes.”

In Wu Chen's view, the most important thing is to build a people-centered livable environment.

It is understood that Wu Chen put forward the theory of "urban revival" 20 years ago.

Standing in the new historical period, he believes that urban revival needs to establish a macro urban development strategy, which can be effectively guided through urban planning and urban design to better control urban development, improve the investment environment, inherit historical context, and enable the public to have More happiness and gain.

As an architect, he believes that it is not only necessary to participate in building renovation and environmental improvement, but also to allow architectural design to achieve multiple goals of improving the living environment, ecological environment and economic benefits through protection projects, and link the real life of residents with the protection of the old city. , activate the vitality of the development of the old city.

In his view, urban regeneration is a realistic way to revitalize inefficient urban spaces.

"This is an effective way to tap the internal development potential of the city and realize the high-quality connotative development of the city." Wu Chen said.