"Expo 2020 Dubai" has received many special events, activities and sporting events, since its launch on the first of last October, until this March, which left positive impressions and global resonance, rarely enjoyed in one place and over this simple period of time. 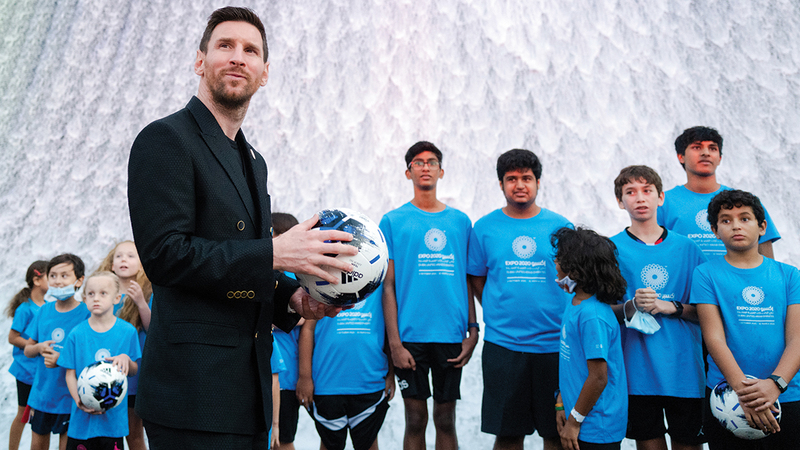 "Expo 2020 Dubai" has received many special events, activities and sporting events, since its launch on the first of last October, until this March, which left positive impressions and global resonance, rarely enjoyed by one place and over this simple period of time.

Less than a month before the end of the global event, which is a meeting place for thought, creativity, innovation and global investment in one place, sporting events occupied a prominent place at the heart of the international exhibition.

Over the past five months, Expo Dubai has enjoyed many activities, whether organized by sports bodies and institutions in the country, or set up by participating countries, in addition to attracting the biggest sports stars in the world to visit it, which created a great momentum commensurate with the value of the exceptional event. .

The visit of the two international stars, Portuguese Cristiano Ronaldo, Manchester United player, and Argentine Leo Messi, Paris Saint-Germain player, represented the summit of momentum, follow-up and global interest, in light of the large masses they enjoyed, and the two stars expressed their fascination with what they saw at the "Expo Dubai", and their face Thanks to the UAE for its care and interest in sports and society.

Sports were an active part of the event’s activities on a daily basis by holding many exciting events, thanks to the presence of the 5,400 square meter sports and fitness center, in addition to facilities including a futsal field, a multi-purpose hard surface court for basketball, netball, volleyball and tennis. And two cricket nets.

In terms of events, Expo 2020 Dubai hosted the World Chess Championship between the Norwegian Magnus Carlsen and the Russian Ian Nepomniacci.

The exhibition entered the Guinness Book of Records with the largest jiu-jitsu training session in the world, which was held simultaneously in 14 locations, with the participation of 2,700 trainees of various categories and belts.

This training session was organized by the Emirates Jiu-Jitsu Federation in cooperation with the officials of the Brazilian pavilion.

The exhibition also hosted promotional events for the Club World Cup hosted by Abu Dhabi last January, and the match of world football legends, in the “All Stars” match led by the stars Patrice Evra, Michel Salgado, Samir Nasri and Bakari Sania, who led four teams that included another group. Among the stars in sports, art and senior officials, in addition to holding an “Expo” running race.

The UAE Muaythai and Kickboxing Federation, in cooperation with the International Federation of Boxing Societies, organized the first of its kind Muaythai championship at Expo 2020 Dubai, which also hosted the Hatta-Expo Bike Race, the third race of the Salam Cycling Championship, which spanned a distance of 150 kilometres.

• The exhibition entered the Guinness Book of Records with the largest jiu-jitsu training session in the world.

• The event left positive impressions and global resonance, which is rarely enjoyed in one place during this short period of time.

"Day" is back again

A large number of sports bodies in the country were keen to hold events and activities at Expo 2020, to witness the celebration of the coronation ceremony of the winners of the Mohammed bin Rashid Al Maktoum Award for Sports Creativity on the ninth of last January, while the National Olympic Committee organized, the day before yesterday, events The National Sports Day, which returned again after a two-year hiatus due to the precautionary measures to combat "Covid-19".