Former Peruvian President Alberto Fujimori, 83, will be transferred this Thursday due to heart problems from a social security hospital to the Care Unit... 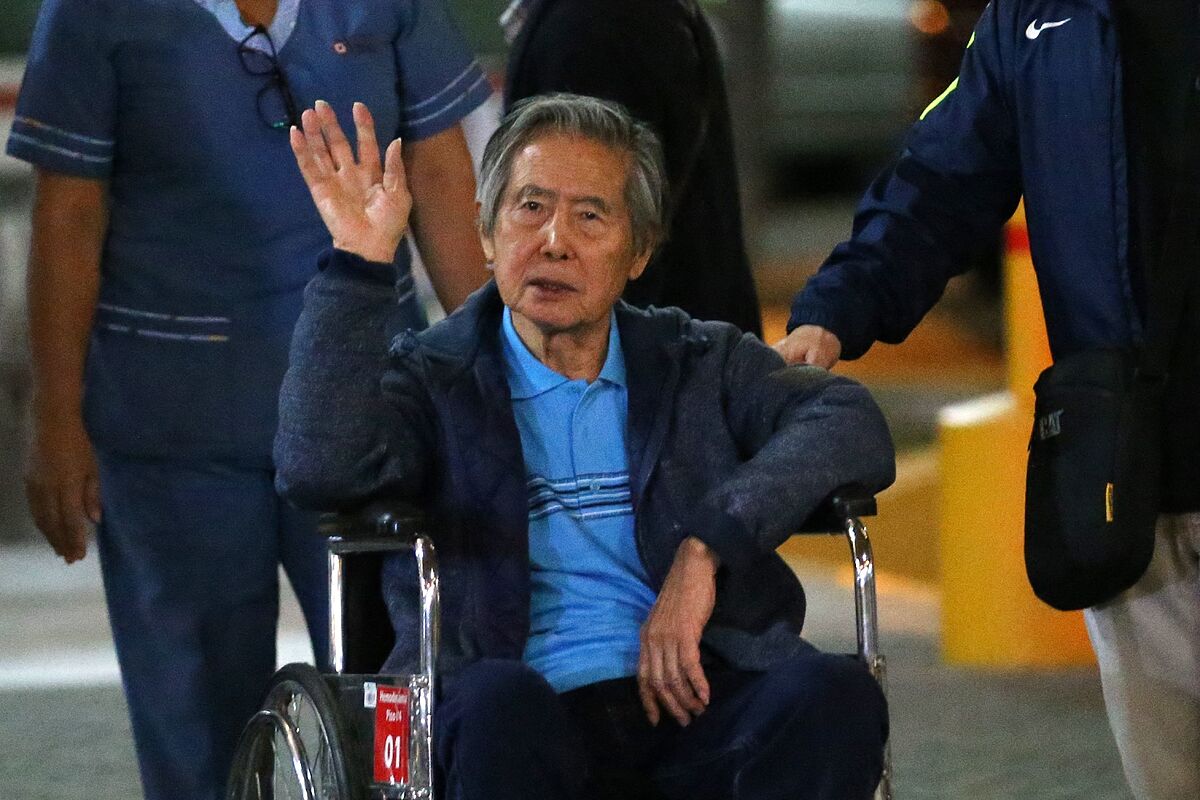 , 83, will be transferred this Thursday due to heart problems from a social security hospital to the Intensive Care Unit (ICU) of a

The doctor, who is also a congressman for the

Fujimori party , confirmed on television channel N that Fujimori presented "atrial fibrillation that could not be compensated" around 7:30 am today (12:30 GMT).

For this reason, he said, the health personnel of the police prison in the Lima district of

, where he is serving a 25-year prison sentence, decided to take him to the social security hospital in the area, where he received the first care.

"At the moment he has been compensated and is going to be transferred, because the Ate hospital does not have an ICU, to the

", in the Lima district of

where the former president is regularly treated for the ailments he suffers from.

Aguinaga remarked that Fujimori experienced "immediate improvement" after undergoing surgery for a coronary ailment last October, but said that

"now he is out of balance again

"For a few weeks now he has been suffering from pulmonary fibrosis that makes him dependent on oxygen, especially in the afternoon," he emphasized.

The doctor maintained that the former president's advanced age and the pathologies he suffers from "deteriorate his health."

He recalled that in addition to heart problems and pulmonary fibrosis, he suffers from lesions on the tongue known as

, which are considered precancerous.

Aguinaga thanked, in this sense, the doctors at the police station where his prison is located "for the quick reaction" to attend to the health problems he experienced this Thursday.

Fujimori, president from 1990 to 2000, was transferred at the beginning of February back to the police prison after being hospitalized last November at the Centenario clinic due to complications from pulmonary fibrosis, a month after undergoing an operation for blockage of an artery to the heart.

His return to this prison, in which he is the only inmate, led the then Minister of Justice of Peru,

, to dismiss the official Susana Silva as head of prisons in his country.

Torres, who is the current prime minister of Peru, criticized at the time that Fujimori had returned to a "golden prison" and pointed out that Silva did not inform him of that decision.

The former president is the only prisoner in a prison built expressly for him within a police base in the Ate district, in eastern Lima, where he must still remain until 2033, when he will be

There, since 2009, he has been serving a 25-year prison sentence as the direct perpetrator (with command of the act) of the massacres of

, committed in 1992 and 1993, respectively, by the undercover military group Colina, as well as by two kidnappings after the coup that took place in 1992.

However, since he took office in the current government of President Pedro Castillo, at the end of last July, Torres said that his prison situation was going to be "reevaluated" to determine if he should be transferred to a common prison.

In this regard, the TC left its decision on the issue "up for vote", but has not yet reported the term in which it will issue a resolution.

ObituaryJoaquín Bernadó, the most important Catalan bullfighter in history, dies