They said that the artistic world of Salvador Dalí was surrealist... Oh, what would the painter think if he had lived in this era! Because, doesn't it seem a bit surreal... 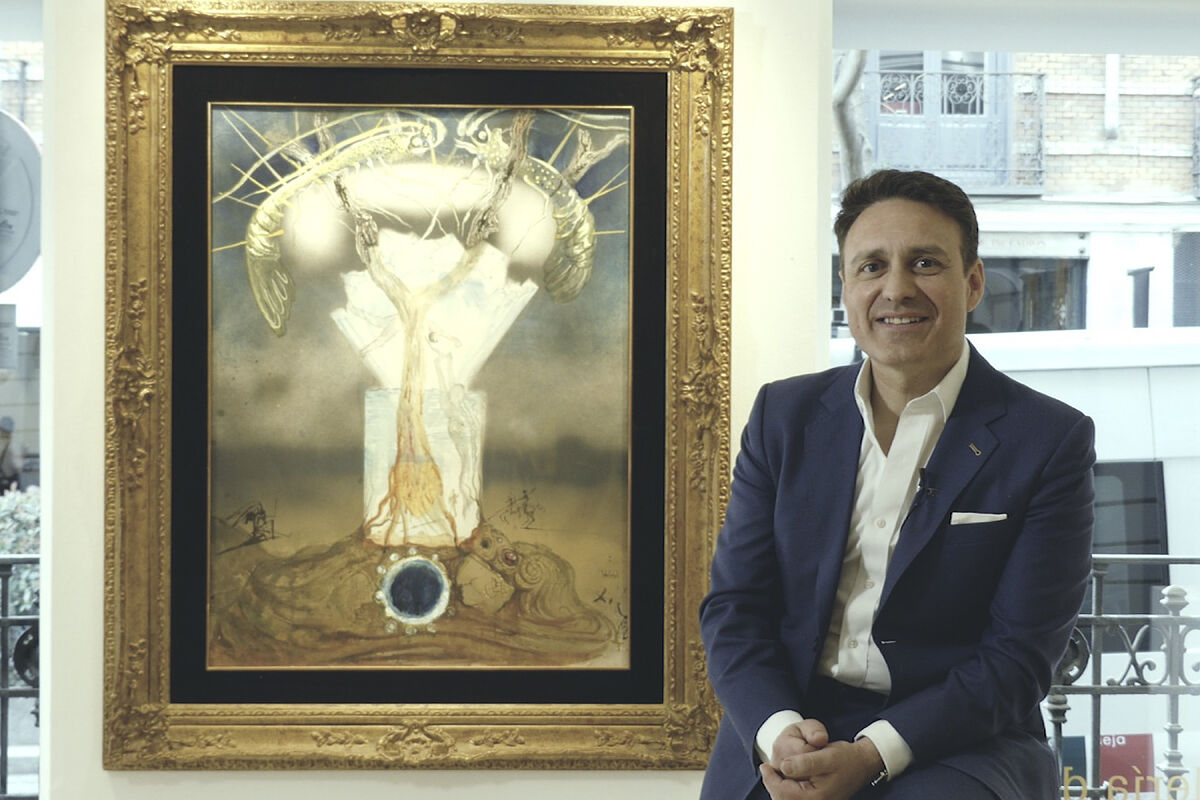 They said that the artistic world of

was surrealist... Oh, what would the painter think if he had lived in this era!

Because, doesn't it seem a bit surreal to acquire a

work of art divided into NFTs

Be that as it may, this new fashion does not stop multiplying.

have recently elevated this affordable way of buying art that is going around the world to the maximum.

And Madrid was not going to be left behind.

Hanging on the walls of

, at 40 Villanueva Street, awaits oblivious to his future

Allegory to the Sea

, a work by the Catalan painter that

will be divided into 6,801 digital pieces

to be auctioned at

It will be on

, and it will be the first work of art to be sold in our country (if no one beats it) through this system.

, a pioneer in the sale of real works by NFTs in Spain, is going to make the possibility that anyone can acquire artistic pieces to which until now only the elite had access a reality.

"It's a way of democratizing art,"

the company's main partner and CEO,

, expresses in a conversation with this newspaper , for whom it is a "pride" to position our country on this new path that technology marks.

What is an NFT

In the case of QuantArts, NFTs are the digital partitions of physical works of art, although normally NFTs are partitions of digital-only works (videos, photos, video games, a tweet...).

Interest in the growing

market has led this

entrepreneur to promote the project, which he has been shaping for months together with a group of Madrid residents -also partners- experienced in digital marketing, legal, app development,

The work that will be auctioned, and that the gallery has ceded to them until the launch, was painted by Dalí in 1976. Made in oil, watercolor and pastel, with measurements of 102 by 76 centimeters, it is valued at around 700,000 euros, although

The sale will take place through

technology [which works as a kind of accounting book where transactions are recorded, encrypted and secure, without intermediaries] and, to avoid speculation, the

Each of the digital assets will have an image of the associated work, although all will be worth the same.

for the total purchase of the painting to be executed, which will be on sale for a month.

In other words, “if 70% of the pieces were not purchased, the project would not go ahead and the money invested would be returned to the buyers.

the idea is that everything is sold in an hour

, another of the company's partners and a specialist in

Once the sale by NFTs takes place, the company will launch an

-in which they are already working- where the owners will have access to all the data related to the work.

Through it they will be able, for example, to decide by means of a vote if they wish to sell it or hang it on the wall of a museum (meanwhile,

will continue to be on deposit in the David Bardía gallery).

And also, through that same app, investors will be able to check the benefits generated by the chart and decide what to do with them.

"If it goes well, we will do the same with more works"

And they trust in it, because they already have

a Picasso in their hands

that will probably go on sale in the same way in the coming months.

"It is a long-term project.

We want to build a real

so that art can be sold," adds Carmona.

Aware of the bubble that exists around this incipient business, Montes maintains that the entire process will be carried out with a contract before a notary, "to give people security." "We thought it was the healthiest thing.

As it is something so new, there have been many scams

", he adds. Although he emphasizes that, unlike other NFTs,

here, what is sold is something real

. "Having a digital part of something intangible is not the same as owning a Dalí", says the businessman.

Now there is a very big bubble and the connotation that it has is negative.

That's why we want it to be something real.

Most of the NFTs are digital images, videos... Here

the real property of the painting is sold

», indicates Carmona, who suggests that in this way they will «open a new avenue of investment for people».

"This should be a shelter value," he adds.

And he continues: “NFTs are in fashion.

It is taking over the houses, although there are problems, and also with the music.

The artists are selling the royalties and with that they are financed ».

Also with art outside our borders, Carmona details, who despite being on that wave never ceases to be surprised.

Love is in the air

) they are going to raise 15 million euros.

The world is going very crazy