The winter weather breaks this Thursday in large areas of Spain due to the passage of an Atlantic front and the arrival of a subsequent polar air mass, with which areas of 10... 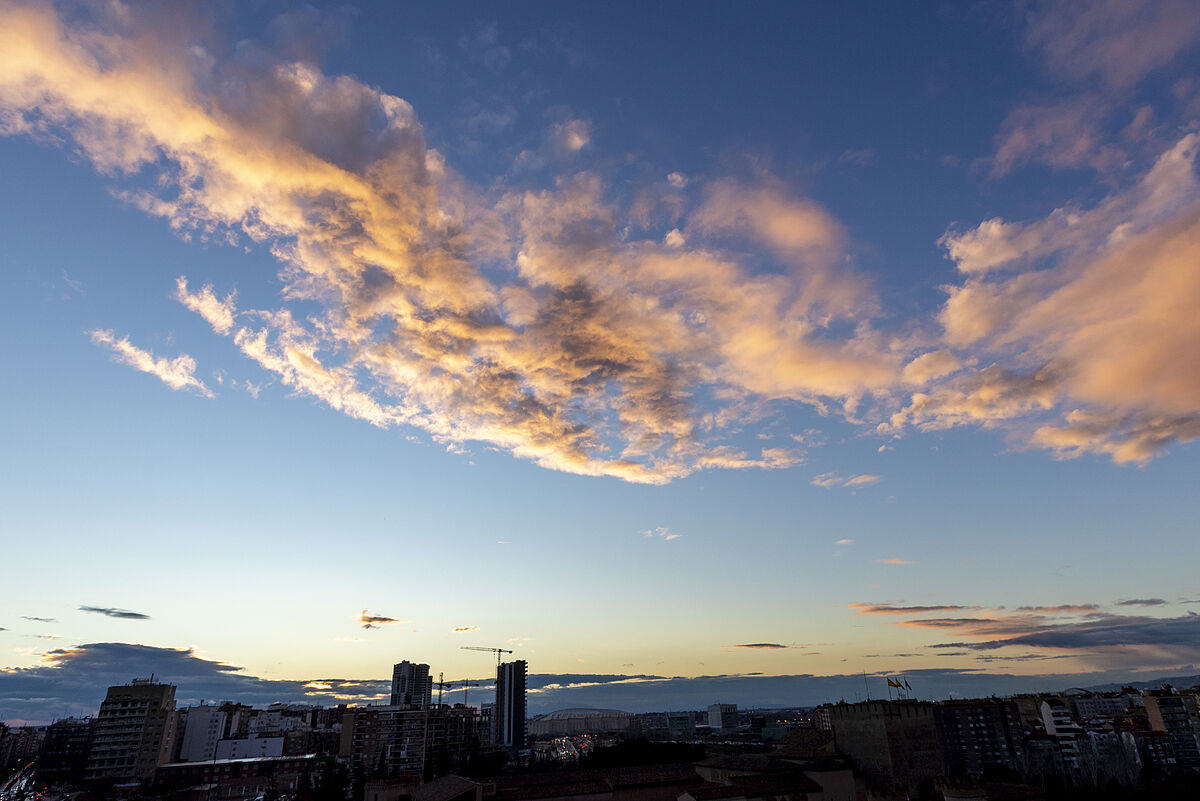 , with which areas of 10 autonomous communities and Melilla are under snowfall warning (even in capitals such as Ávila and Segovia), intense gusts of wind or rough seas.

"Significant weather changes are coming. After a few months of January and February with very little rain in our country, the passage of a very active frontal system and the arrival of a very cold polar air mass behind it will give rise to

rain and snowfall in a large part of the peninsula

Del Campo added that the formation of a storm in the Mediterranean off the southeastern coast later this Thursday will help increase instability in large areas of the eastern half of the peninsula, with showers that can be strong and be accompanied by storms.

"Furthermore, the temperatures will drop notably and the wind will blow with intensity, so that we can speak of

a fully wintry environment that will continue during the weekend,"

In addition, there is a yellow warning for strong gusts of 70 to 80 km / h in places in Almería, Ávila, Cáceres, Granada, Madrid, Salamanca, Segovia and Soria.

And due to rough seas in Almería, Asturias, Cantabria, Granada, Guipúzcoa, Málaga, Melilla and Vizcaya.

The Atlantic front will sweep the peninsula from northwest to southeast this Thursday.

"After it, a mass of polar air will arrive - which, although it is called that, does not come from the pole - loaded with moisture and very cold from high latitudes of the Atlantic," Del Campo pointed out.

rains will be distributed first in Galicia and the Cantabrian communities

, where they could be locally strong and persistent, and will later move to the interior of the peninsula to even be accompanied by a storm in areas of the southeast.

The Balearic Islands and Catalonia will be the regions that will receive less water.

will drop until the end of the day

"It could snow in provincial capitals like Ávila and Segovia in the last few hours," added Del Campo.

Temperatures will drop significantly after the center passes, with

a drop of six to eight degrees in just 24 hours

However, the temperate environment will remain in Andalusia and other Mediterranean places, with 20 degrees in Almería, Granada and Jerez de la Frontera.

Weather A polar mass resurrects winter with cold, rain and snow from Thursday

SpainThe falsification of the Covid passport, from six months to three years in prison