Greg Kelly received a six-month suspended prison sentence on Thursday at the end of his trial for financial embezzlement in Tokyo, a first criminal conviction in the Carlos Ghosn case, in which he was… 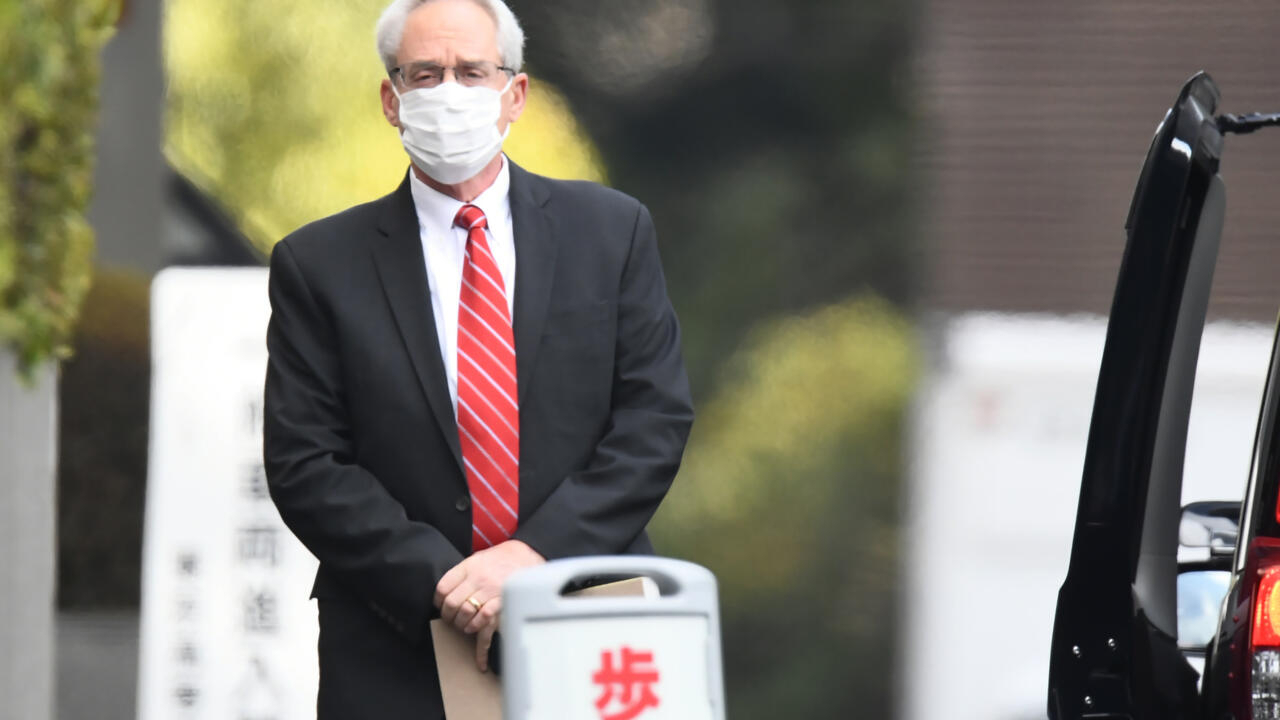 This sentence is much lighter than the two years in prison that the prosecutors had demanded against Mr. Kelly.

This 65-year-old American lawyer, former head of legal affairs at Nissan, became the main defendant in this trial by default after Mr. Ghosn fled to Lebanon at the end of 2019.

The Japanese car manufacturer was sentenced to a symbolic fine of 200 million yen (1.6 million euros), in accordance with the requisitions of the prosecution.

The Ghosn affair started in Japan with the sensational arrest in November 2018 of the big boss of the Renault-Nissan alliance, released on bail the following year.

Greg Kelly, former head of legal affairs at Nissan, was arrested on the same day as Mr. Ghosn and for the same initial charge: having failed to declare for years to the Japanese stock market authorities the remuneration that the Franco-Lebanese- Brazilian was later to collect from Nissan.

The prosecutors accused him of having helped Mr. Ghosn to conceal from the Japanese stock market authorities 9.1 billion yen (some 70 million euros) of deferred compensation over the period 2010-2018.

The court found Mr Kelly guilty for these facts, but only for the 2017/18 financial year, finding that he was not previously aware of the "conspiracies" of Mr Ghosn and another Nissan official to the time, Toshiaki Ohnuma, on these deferred payments.

Mr. Ohnuma was not prosecuted by the Japanese courts, having benefited from whistleblower status.

During his trial, the hearings of which spanned almost a year and a half, Mr. Kelly and his lawyers argued that neither the amounts nor the timing of these payments were set in stone, and that therefore Nissan was not had no need to publish this information.

Nissan was looking for a "legal way" to keep Mr. Ghosn in its fold after his retirement, to prevent him from joining a competing group, Mr. Kelly had further assured.

Courtroom sketch of American Greg Kelly on the first day of his trial, September 15, 2020 in Tokyo Masato YAMASHITA JIJI PRESS/AFP/Archives

He had spent a month in pre-trial detention after his arrest in Japan, and had since been living on bail with a ban on leaving Japanese territory pending the end of his trial.

“We are relieved that the legal procedure has come to an end, and that the Kelly spouses can return home” in Tennessee (southern United States), reacted Thursday in a press release the American ambassador to Japan Rahm Emanuel, who was following this case closely.

“It has been three long years for the Kelly family, but this chapter has come to an end,” added the ambassador soberly.

"Kelly had been arrested in the hope that he would turn around and testify against Ghosn", but after the latter escaped, prosecutors had found themselves "with a weak and limited case against Kelly", according to Stephen Givens, a business lawyer in Tokyo interviewed by AFP ahead of the verdict.

The Japanese judges faced a "dilemma" because an acquittal would have been "humiliating" for the prosecutors and for Nissan, Mr. Givens had further estimated.

The deferred compensation component was only to be the hors d'oeuvre of Mr. Ghosn's trials in Japan.

Because the Japanese justice also wanted to judge the Franco-Lebanese-Brazilian for accusations of breach of trust, which this time only targeted him.

The deposed car tycoon remains involved in two French legal proceedings, for consulting service contracts entered into by RNBV, the Dutch subsidiary of Renault-Nissan, and for misuse of corporate assets and money laundering.

Carlos Ghosn, during a press conference in Jounieh, on September 29, 2020 in Lebanon ANWAR AMRO AFP / Archives

Mr. Ghosn, who claims his innocence all along the line, is the subject of an arrest warrant from Interpol at the request of Japan, but Lebanon does not extradite its nationals.